Epic Games have rolled out their V12.20 patch for Fortnite and it looks like a whole host of skins and cosmetics will be making their way into the battle royale at some point.

Fortnite Chapter 2, Season 2 has seen the popular battle royale title taken over by a Top Secret theme – with new NPC boss characters, henchmen, and even Marvel’s own Deadpool joining the mix.

In the V12.20 patch, Epic Games have added to that theme even more with the addition of helicopters and mode called Spy Games that will let them use perks and gadgets to one over on enemies. Aside from those game changes, though, the developers have also added a whole host of new cosmetics to the game files that leakers have been able to get their hands on a little early.

The ‘Choppa’ finally joins Fortnite after weeks of teases.

Thanks to popular leaker Lucas7Yoshi, fans have already gotten a look at what skins, back blings, gliders, emotes, and other cosmetics that they will be able to pick up from the item shop down the line.

There are a handful of new skins that continue the Top Secret theme, with a reactive skin called Tailor, Envoy, and even Crimson Elite. The popular slurp varieties of skins also make a comeback too, with new looks for Jonesy, Bandolette, and Leviathan.

Players will be able to customize their weapons and vehicles with new wraps too – including a Deadpool-inspired one called ‘Merc.’

The Marvel character also gets another loading screen that includes the Cuddle Team Leader. How you will be able to get these, though, remains to be seen. 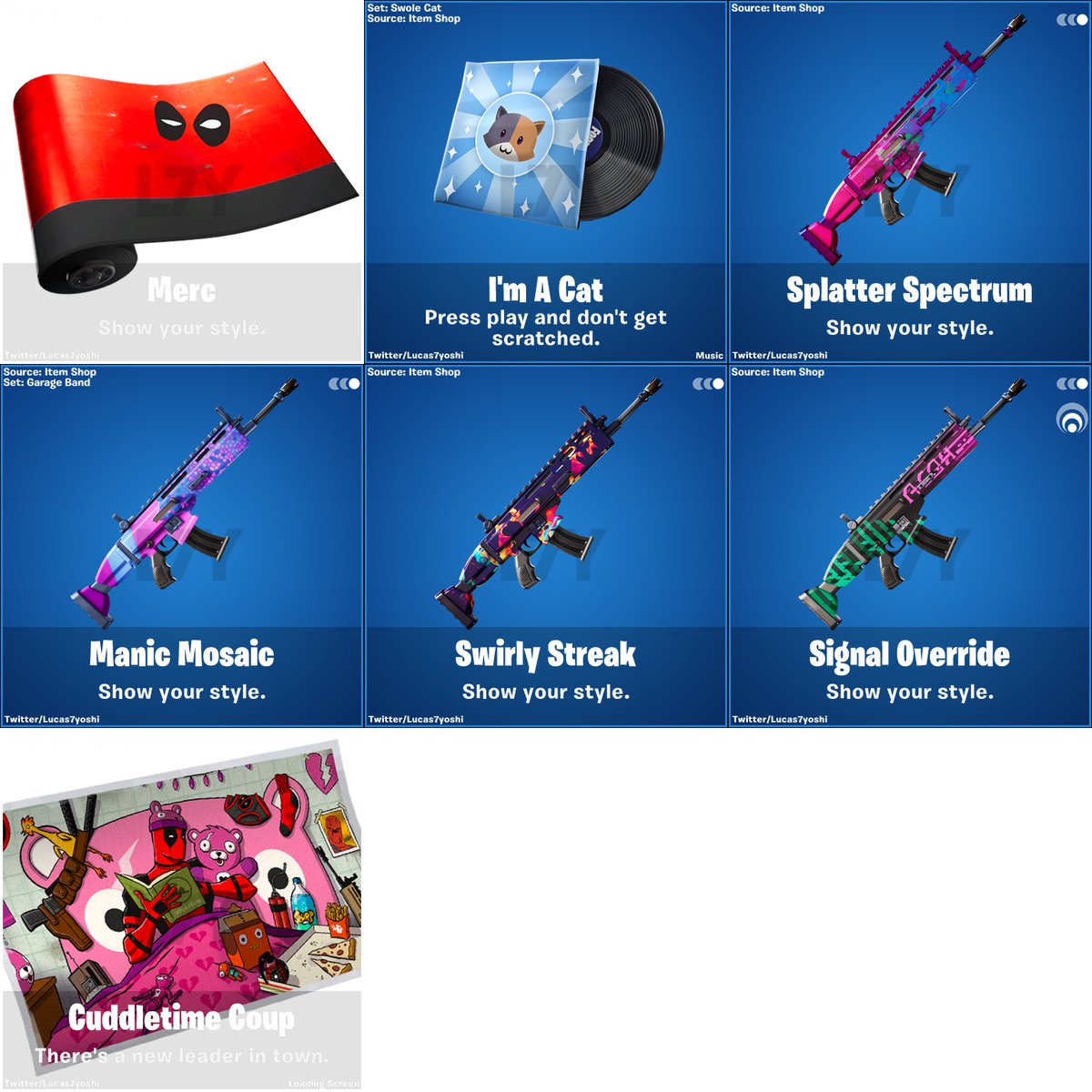 The leaked wraps and more from Fortnite’s V12.20 update.

There is also a round of new harvesting tools on the way as well, with plenty of two-handed versions to fill up your cosmetic locker with.

There is also a pickaxe for the Fortnite Championship Series, though it’s unknown if this will be available to winners or players who finish in high enough positions.

Elsewhere in the leaked cosmetics, there are a handful of new backblings that match the new skins styles, and even three emotes – with one showing that players will be able to ‘fly a kite’ in celebration.

Of course, it remains to be seen as to when and if these cosmetics will be available in Fortnite. Previous additions that have been leaked have taken quite some time to appear in the item shop.

We’ll just have to hang tight and keep ahold of those V-Bucks until this raft of new looks makes an appearance.