The latest Fortnite Battle Royale update, v9.21, has brought some major changes to one of the map’s longest-standing points of interest.

Following the destruction of Polar Peak in the previous v9.20 update, where the ‘Cattus’ monster was released from beneath the ice, Epic Games have made even more changes to the surrounding area.

Snobby Shores is the latest location hit by the Cattus event, which was expected by many players, as it was one of the few locations that had not received any major changes since its arrival to game. 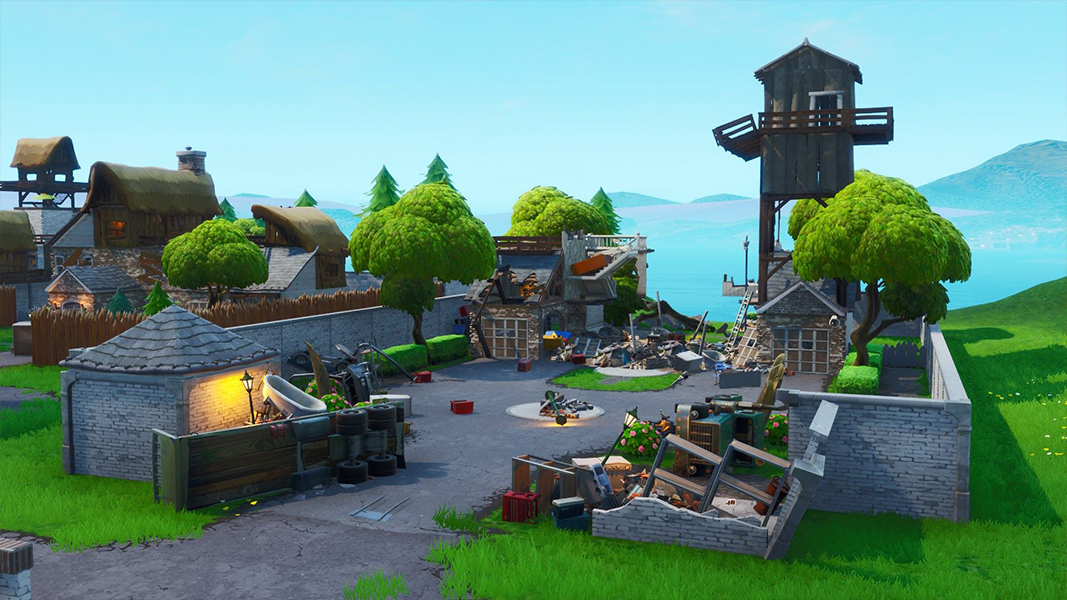 Snobby Shores has been completely altered by the ‘Cattus’ and the Vikings.[ad name=”article2″]

Each of the houses at Snobby Shores appear to have been taken over by the vikings in-game, with new wooden huts occupying parts of the land where the homes were.

Not all of Snobby Shores remains, however, as one of the homes was completely destroyed by the Cattus and a footprint was left in its ruins.

The footprint leads in the direction of the ocean, where the monster can currently be seen residing, although it is quite likely it will return to land at some point.

Some good footage of the creature with the ice castle on his back. pic.twitter.com/yBlmJAxj33

The only other minor changes in the map is the stone figures that can be found throughout the game, they are often found to have moved around the map with every update and they are referred to as the “stone family”.

Only the stone child and dog have moved since the previous update, and they can both be found near the hills next to lonely lodge.

What else changed in the v9.21 update?

Other additions to the game that were seen as part of the v9.21 update includes the addition of a new explosive weapon, the Proximity Grenade Launcher.

Alongside the Grenade Launcher, there was updates to the recently added Storm Flip item, which received a nerf after complaints that it was too strong in the late-game.

There were also numerous weapon and item balancing changes as well as a few playlist updates for limited time modes.