100 Thieves' NICKMERCS Has an Interesting Idea for the Kill Count Indicator in Fortnite - "Nobody is Saying No!" - Dexerto
Fortnite

100 Thieves’ NICKMERCS Has an Interesting Idea for the Kill Count Indicator in Fortnite – “Nobody is Saying No!”

Playing the game live on his Twitch channel as usual, the popular streamer proposed that Epic Games should add an option that allows players to see their teammates’ kills counters on the main HUD, should they want to do so.

When playing Duos or Squads, the number of kills that a player’s teammates have collected can not be viewed on the HUD, but instead can only be seen by visiting the menu.

With the way third-party Fortnite tournaments and competitive modes are currently set up, getting and keeping track of eliminations is crucial, so the inability to see party members’ kill counts quickly can be annoying and disadvantageous.

The former Gears of War pro player believes that not only would the idea prove to be successful, but it also almost seems like a no-brainer.

“I’m calling Epic [Games], I’m going to call them. Listen, I do not really know what I’m talking about, but I know a couple things about a couple things. And if you’re sitting down at a big ass table full of people, if you ask them ‘Hey, do you think putting your kill count by your name over there on the far right side of that bar, and having it as an option in the settings to toggle on and off, just in case, is a bad idea?’ Nobody is saying no, everybody is saying yes. ‘Good idea Mercs’, and I’ll say ‘thank you, family.'” 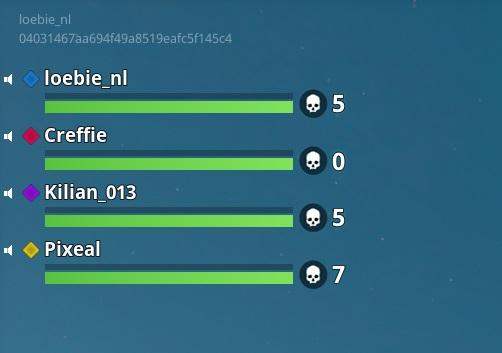 Although this concept has been tossed around before, having someone like Nick, who is the biggest name in console Fortnite, present it in front of 20K+ viewers, could be what prompts Epic to finally add it as an in-game option.