Eddie ‘The Beast’ Hall has been honing in on getting as fit and as shredded as possible ahead of his boxing match with Hafthor ‘The Mountain’ Bjornsson.

After snagging the long-standing deadlift world record from Eddie Hall, albeit in controversial circumstances, Hafthor Bjornsson challenged the Brit to a super-heavyweight boxing match to finally put their beef to bed.

In the early stages of build-up, the pair have been vocal on their intentions and are both stepping into the ring with one thing on their mind — to land a knockout blow on their rival.

While Hafthor has previously revealed his weight loss transformation, Eddie has been less vocal on that front. While his Instagram is littered with topless images, he hadn’t backed this up with hard-hitting numbers. Until now. 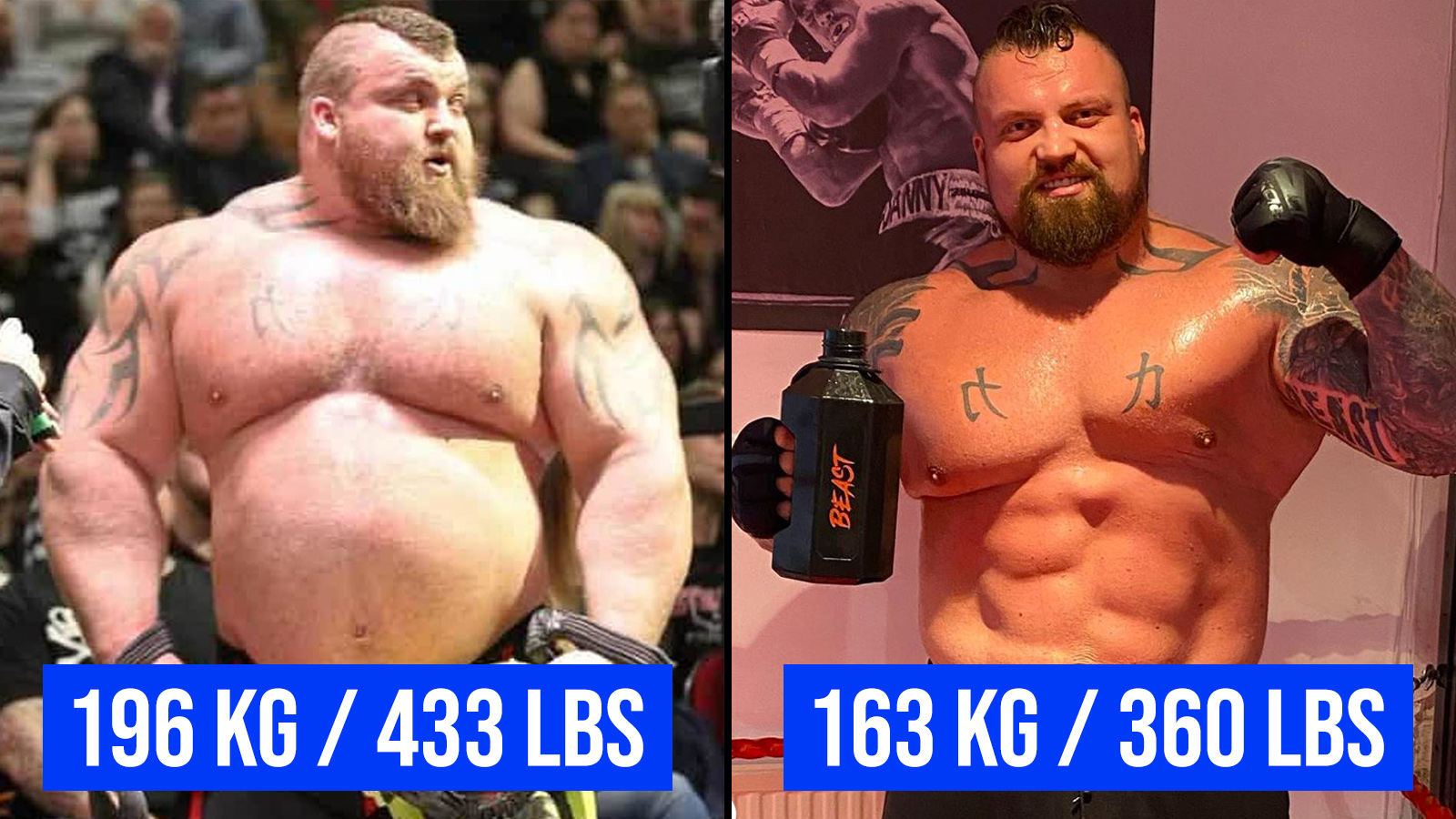 Putting Eddie’s strongman physique next to his current shape highlights the amount of hard work that’s gone into his transformation. At his heaviest, The Beast was sat at 433 lbs / 196 kg.

Fast forward some years later, and Hall says that he’s sitting at 360 lbs / 163 kg. And while he’s dropped over 70 lbs in body weight, Hall claims to be losing body fat while still making marginal gains in muscle mass.

This is, no doubt, thanks to his crazy training regime — which is based on completely high-intensity intervals for short bursts and then resting for small periods of time.

On top of his explosive training, Eddie is improving his endurance to supplement his boxing prowess. Completing the Navy Seal Fitness Test with Ross Edgley showed just how far the former strongman’s work capacity has come.

After Hafthor recently claimed his tenth successive Iceland’s Strongest Man win, both fighters now have their sights firmly set on their Las Vegas fight, which is penned in for September 2021.