With the release of FIFA 19 being just around the corner, popular YouTuber ‘NepentheZ’ decided to have some fun on social media.

NepentheZ, who is one of the biggest content creators in the FIFA scene, post a fake leaked image of what is supposed to be Twitch Prime content coming to FIFA 19’s popular ‘Ultimate Team’ mode.

His 812,000 Twitter followers, most of whom are fans and/or players of the popular football simulator, understandably ate it all up and reacted with great excitement. 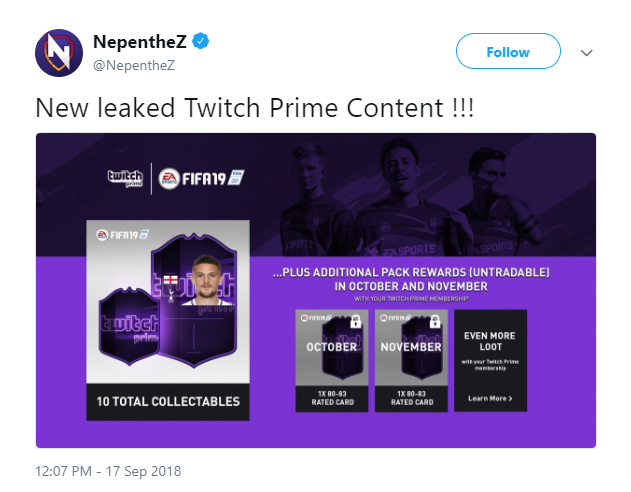 The prank did not stop there, as NepentheZ continued posting images of the supposed new content, even including a doctored screenshot from the live-stream of fellow FIFA YouTuber ‘CapgunTom.’

Throughout the tweets, he maintained that all of the images were authentic and unedited, claiming that “someone who got FIFA 19 early” had showed him. 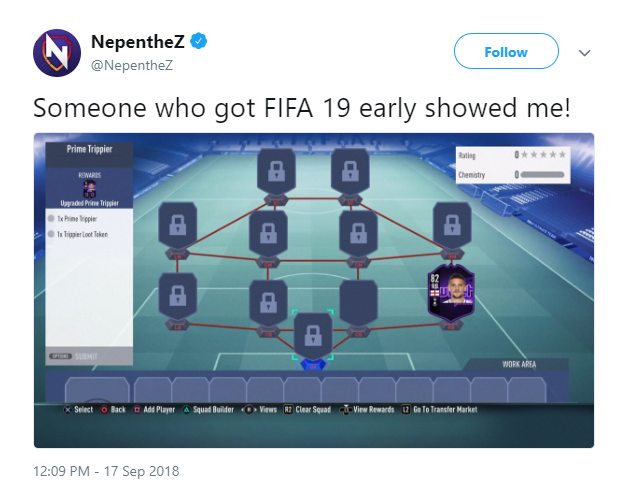 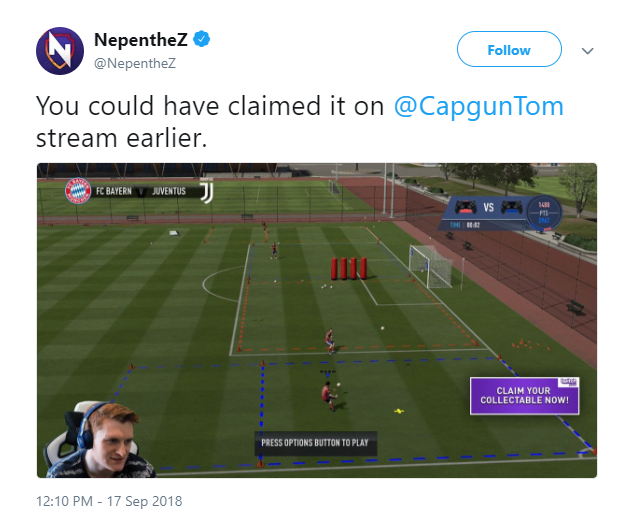 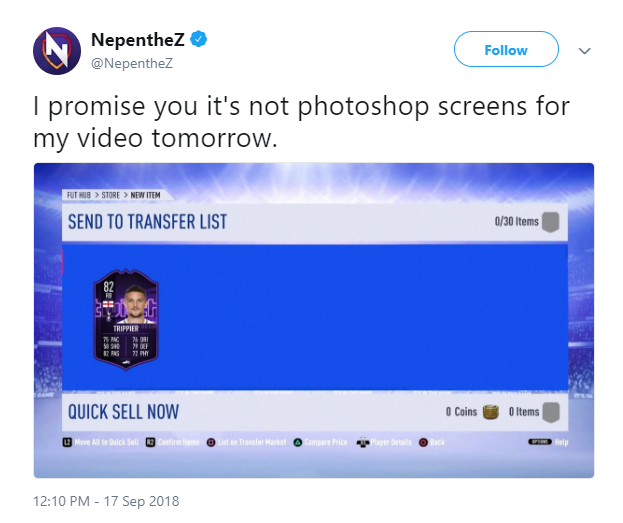 However, upon seeing many of his followers bite on his bait and get full of false hope and anticipation, NepentheZ eventually ended up confessing that the graphics had been made for him to include in one of his upcoming videos.

“My fault guys it’s all just photoship for a video later / tomorrow,” he admitted. “Didn’t expect so many bits [lmaoooooooo]”

Although the images have turned out to be fake, the concept is one that NepentheZ has been aggressively rallying to turn into reality. He has maintained that EA Sports would do well to adopt this sort of feature as a way to drastically improve FIFA’s viewership on Twitch.

If EA were to take up on this concept, it would not be the first time they have worked with Twitch. During recent major tournaments, EA awarded some viewers with special and rare items for their Ultimate Team, resulting in exponentially higher viewership for FIFA 18 events than for those from past titles.