Ultimate Team players are already preparing themselves for a brand new ICON Refresh event in FIFA 20, even if nothing has been confirmed just yet. That said, the clues are certainly stacking up.

EA SPORTS have kept club owners very busy in recent times, with the arrival of the Team of the Season So Far (TOTSSF) promo, although that’s clearly not enough for some members of the community – digging for bits about what is to come next in-game.

One of the biggest rumors circulating among the player base at the moment is that of an ICON Refresh event. While not confirmed in any way, shape, or form, there have been some details leaked that have sent some alarm bells ringing. 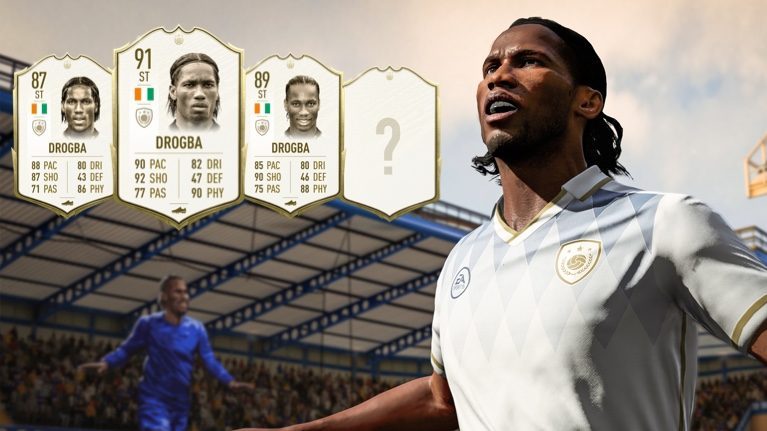 A data miner, who goes by the name of FUT Watch on Twitter, has been leaking things ahead of time consistently throughout the current promo.

The leaker has told players about upcoming Squad Building Challenges having been added to the game’s code, such as retro kit details, and more – all of which has been accurate.

Their latest leak has also raised eyebrows, as some of the upcoming SBCs will require the likes of TOTW, Moments, and TOTSSF cards in order to unlock their rewards. We don’t know the rewards just yet, though some have came to their own conclusions already.

It looks like some SBCs are going to require TOTW, TOTW Moments, or TOTS pic.twitter.com/NvClhJjB8N

Following that revelation, players have been wondering about what this could mean for the future, with some coming to the conclusion that only something as expensive as an ICON card would be worth the trade.

May 21 is expected to be the release date for FIFA Mobile’s Icon Refresh, but this code was found in the PC version of the game, which has led to some speculation about its potential arrival on all platforms.

As seen in a tweet below from FUT Donk, players are expecting big things. The user even included a screenshot of an official post from FIFA Mobile that shows flag teasers for new ICON players, which could arrive as the TOTSSF event is drawing to a close.

So tomorrow is officially “Icon refresh” for FIFA Mobile.

EA promoted all icons into draft

It will be insanely strange if we see 0 icon content for FIFA 20. pic.twitter.com/YjlAMXKFWI

Whether or not these teased ICONs will arrive in the game for Xbox One, PlayStation 4, and PC version remains to be seen. Should they be added, though, we would expect them to arrive as very expensive SBCs based on the leaked information we have seen so far.

That said, should EA announce anything else based on the event – or the possibility of fresh cards coming to FUT 20 – we’ll be the first to let you know. Until then, follow us on Twitter @UltimateTeamUK for more news, leaks, SBC guides, and more – all in one place.