Anyone who has ever built a Premier League squad in FIFA Ultimate Team will know that there isn’t a wide selection of top-class right-backs to choose from. In FIFA 20, that selection, again, isn’t great.

However, if you want to put your squad building challenge skills to the test, you can land yourself an 87-rated Hector Bellerin card that will terrify any left-sided player with his lightning-quick speed and difficult to beat defensive skills. Other player moments cards have celebrated a title win or remarkable season, however, the Arsenal full-back is different. Instead, this card revolves around a goalline clearance he made during the 2015/16 campaign.

Bellerin has been a mainstay in the Arsenal defence since breaking through.

Like some other player moments cards, the all-new Bellerin is available by completing a single SBC that will last until March 18. There aren’t any match specific challenges to complete here either, so don’t worry about needing to rack up any assists.

Instead, you’ll just have to part ways with a few thousand coins and create an 86-rated squad that includes at least one of Bellerin’s fellow Premier League players and has a minimum of 75 team chemistry.

As of writing, the price to complete the Bellerin SBC isn’t quite cheap. According to FUTBIN, it costs Xbox and Origin PC players around 143,000 coins.

It is a slightly more expensive story on PlayStation, however. On the Sony console, the SBC clocks in as being a thousand coins more costly at 144,000. Yet, in order to try and save you a few coins, we’ve collected a few solutions that most FIFA players will be able to pull off. 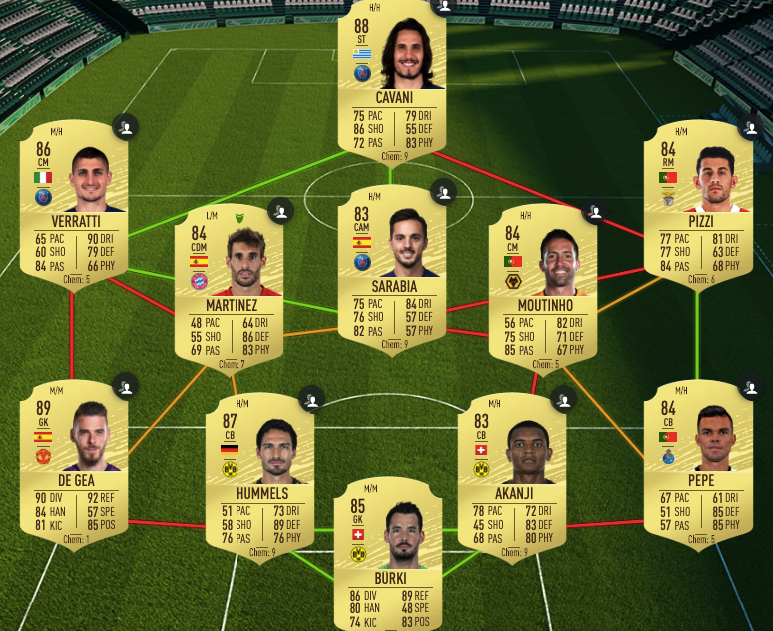 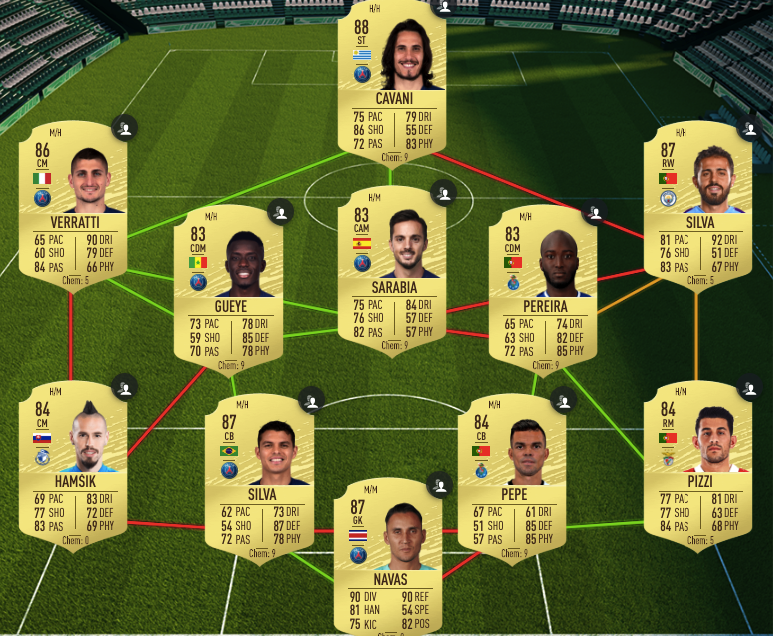 As for the in-game stats, the standout part of any Bellerin card has always been his pace. With the 87-rated version, the Spaniard clocks in with a whopping 99 acceleration and 94 sprint speed.

He can provide support down the right-hand side as well with 86 crossing, though his defensive stats are also a highlight. Bellerin has 89 slide tackle, 87 standing tackle, 87 interceptions, and an impressive 93 stamina.

A look at Bellerin’s in-game stats.

With Bellerin in your club, you could rustle up a few deadly combinations down the right flank. An all-Spanish link between himself and Adama Traore would strike fear into any opponent.

Though, who you decide to link the Arsenal star with is up to you. So, get out there and get the challenge complete.