EA SPORTS have released a new Team of the Season (TOTS) So Far SBC for Romelu Lukaku in FIFA 20 Ultimate Team, and we’ve got the requirements, cheapest solutions, in-game stats, and everything else you’d need to complete it.

EA’s decision to omit Lukaku from the Serie A Team of the Season was taken negatively by the majority of the FIFA player-base, as even the Inter Milan star himself took some cheeky swipes at the developers for not including him in the squad.

It didn’t take long for EA to realize their mistake, and they’ve tried to make up for it on May 24 with the release of the Belgian international as the latest TOTSSF SBC option, acknowledging his reaction by saying “we got you.”

This is already Lukaku’s seventh version in FUT 20, and by far his best, boasting a seven rating upgrade over his 88-rated In-Form and Ones to Watch cards. The stats, well, they speak for themselves, especially when it comes to its eye-popping shooting, dribbling, and physicality.

While his 94 pace isn’t too shabby on paper, players must be warned that it’s a combination of 80 acceleration and 99 sprint speed, so if he takes a bit longer to reach that maximum pace, that’s the reason why.

As you’d expect, a card of this magnitude isn’t going to come cheap. There are two squad building components in this SBC, and FIFA database website FUTBIN estimates them combined to cost around 208,000 coins on PlayStation 4, 196,000 on Xbox One, and 228,000 on Origin PC.

Here are the current cheapest solutions for both sets of squad building requirements, without needing loyalty or any position-change cards. 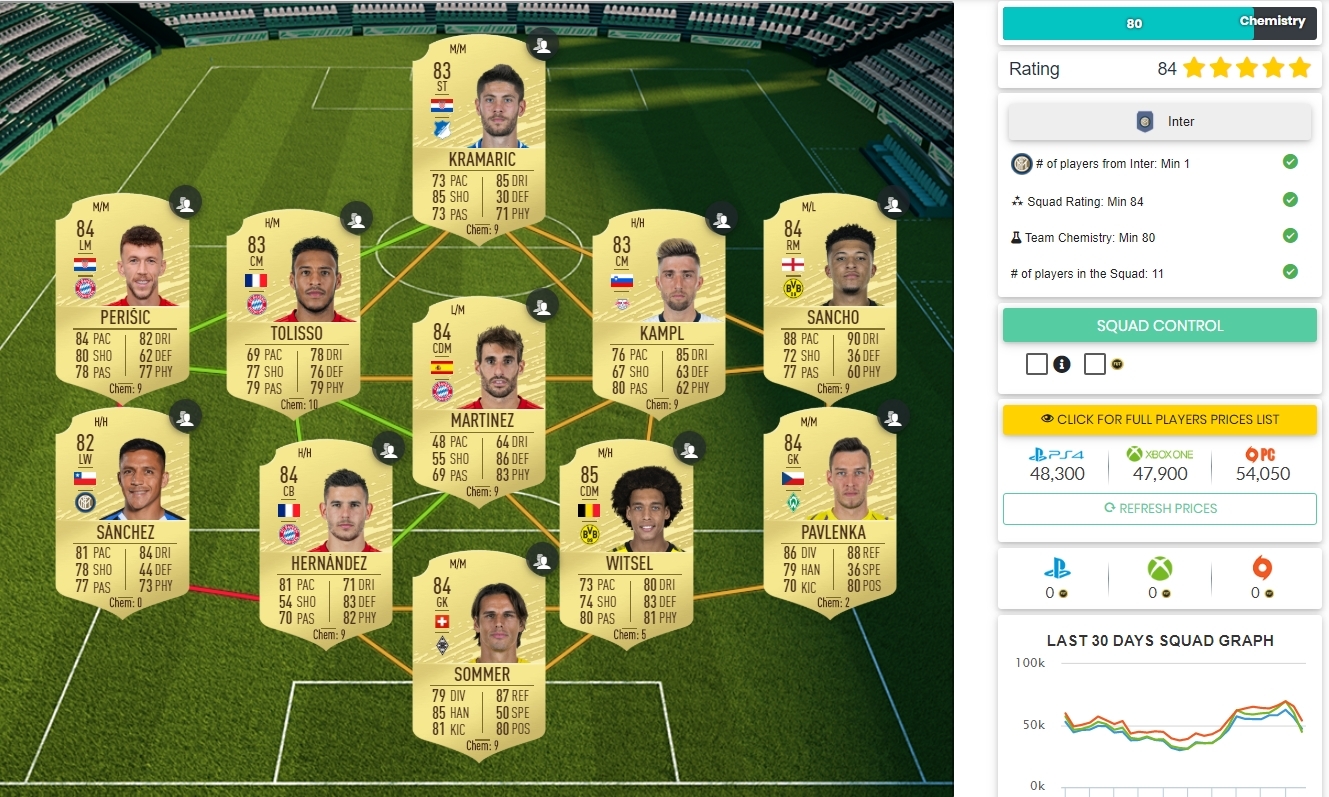 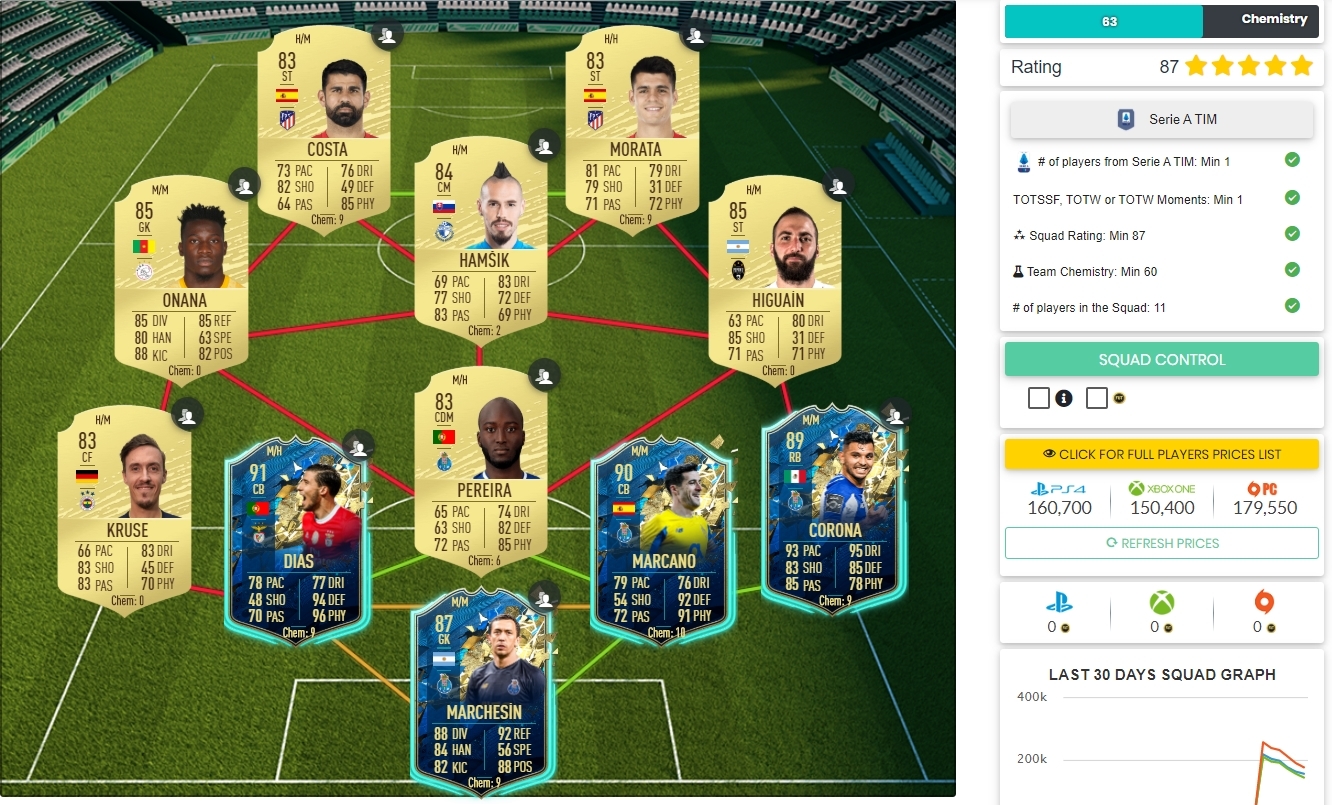 If some of the TOTSSF cards in this solution prove hard to get because of raised prices or rarity, here’s an alternate cheap squad with fewer special items. 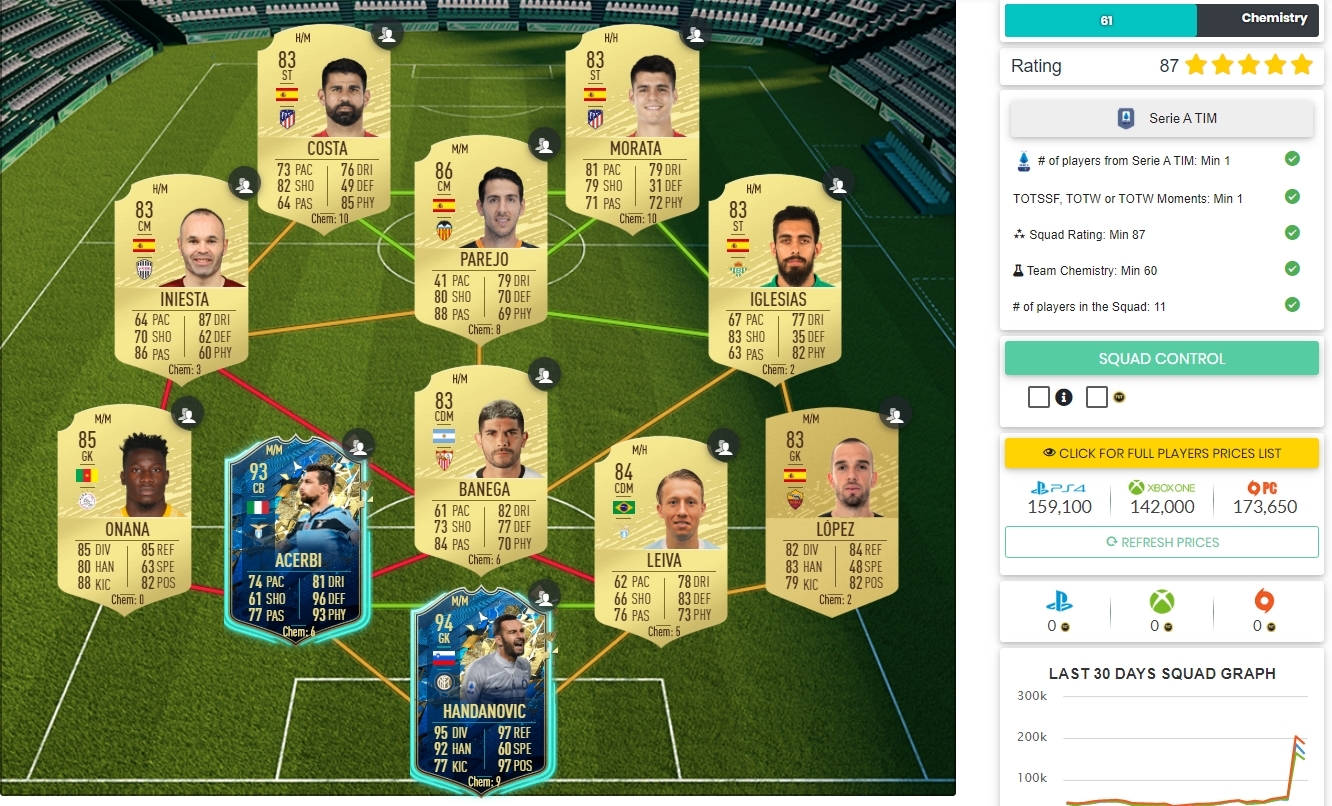 It’s worth mentioning that the volatile nature of the FUT Market means that player prices are constantly fluctuating, so the cost of doing this SBC could go up or down, depending on when you attempt it.