FIFA 20 FIFA SBC Solutions FIFA Ultimate Team
EA SPORTS have dropped an all-new squad building challenge, the Moments Guaranteed SBC, where you can grab some of the TOTSSF Moments cards that you missed out on. Here’s what you need to know.

FIFA 20’s Team of the Season So Far promo is now in the rear-view mirror as Ultimate Team players gear up for the return of Team of the Week. However, EA isn’t letting TOTS So Far disappear from view just yet.

While Summer Heat is currently cranking things up a notch, EA have released an all-new squad building challenge. The Moments Guaranteed SBC does as the name says, guarantees you a moments card. So, let’s take a look at what it’s going to cost you.

Unlike some of the moments SBCs we’ve seen previously, the guaranteed one isn’t all that hard. You won’t have to part ways with half of your club by making four or five teams to complete it.

In fact, you just have to build one, 84-rated team. Now, you will need at least one TOTSSF, Team of the Week, or TOTW Moments card in there – but you can pick some up for cheap these days.

Now, if you’ve hung onto your coins this late into the FIFA 20 lifespan, you’re in luck. This SBC isn’t terribly expensive, but it will put a hole in your virtual pocket. 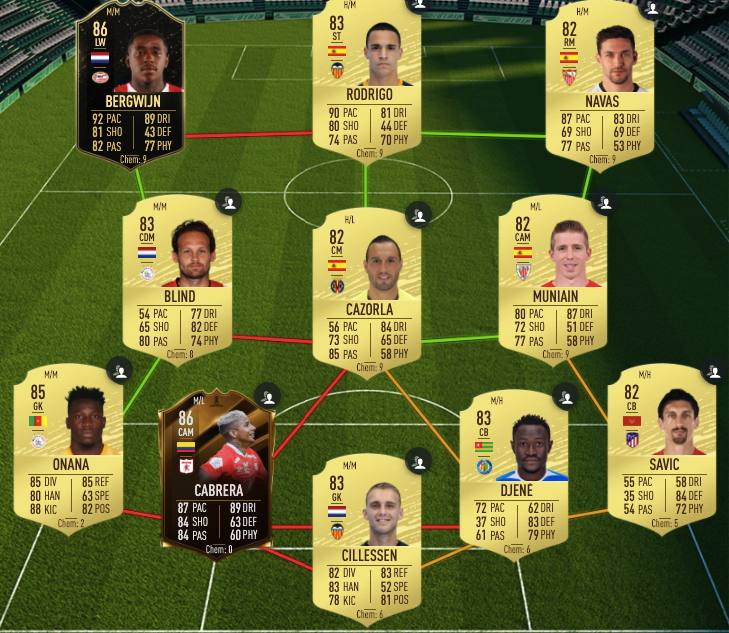 There are a tonne of interesting cards that you can grab for completing the SBC, with the most sought after being Sergio Ramos or Lucas Moura.

Obviously, you’ll need your luck to be in to grab those. However, if you manage to grab something nice as your reward, be sure to let us know on Twitter @UltimateTeamUK.