FIFA 21 is set to deliver a host of seasonal promos, from the early-season Ones to Watch, to the best of the best in Team of the Year, and plenty more. Here’s everything you need to know about this year’s planned Ultimate Team promos, and their expected release dates!

These have become the most popular part of FUT over the past few years. The chance to get your hands on ultra-boosted copies of your favorite players, or uncover cheap promo gems is something every diehard FUT fan loves.

FIFA 21 should be no different; a bundle of promos will be released throughout the yearly cycle. Here’s everything you can expect to see across the new 2020-21 title, as well as their potential FUT release dates.

Team of the Week

FIFA’s staple weekly promo teams, ‘Team of the Week,’ will ⁠— of course ⁠— return again this year. These are EA’s bread-and-butter upgrades, with around 18 stars awarded boosted cards for real-life performances each week.

This year’s TOTW upgrades may change a little with the addition of “Meaningful Moments” in FIFA 21 as well. EA plans to boost upgrades too, by taking a “standout real-life moment” like a “perfect free-kick, or strong header” and boost player cards based on that.

Team of the Week upgrades are revealed at 3pm BST / 9am CT / 10am EST / 12am AEST every Wednesday. The card upgrades are released in-game three hours after the reveal.

It wouldn’t be FIFA Ultimate Team without Team of the Week promos every Wednesday.

Right off the bat, EA releases the “Ones to Watch” promo. This early FIFA 21 event will collect all the big transfers from the 2020-21 offseason and turn them into “Summer OTW” cards.

These OTW cards have special properties. They started life as the player’s base card, but are dynamic. Each time the star in question is handed a Team of the Week card for their real-life performances, the OTW card is dialed up to that level.

Dexerto can already see a few big names that will be included in the promo. Expect to see all of Timo Werner (Chelsea), Arthur (Juventus), Leroy Sané (Bayern Munich), Miralem Pjanic (Barcelona), and more in the OTW team.

Chelsea convert Timo Werner is a shoo-in for the Summer Ones to Watch in FIFA 21.

Ultimate Scream is the “spookiest” promo FIFA has to offer. The event always arrives near the Halloween holiday weekend and fires a select few FUT player cards to ‘scary’ new levels.

In FIFA 20, the Ultimate Scream promo saw a number of “Shapeshifter” cards released. This set of upgrades boosted low stats for some FUT cards, to make them all-round monsters.

Road To The Final

Road To The Final is similar to Summer Ones to Watch in how it works. These selected dynamic cards are upgraded based on how far their team makes it in the 2021 -22 Champions League and Europa League.

The Black Friday sales, and its Cyber Monday sister promo, is the first time an event in FIFA doesn’t have player cards connected to it. Instead, EA drops round after round of discounted FUT packs, with plenty of rare cards on offer.

This is the first time every FIFA cycle where the hallowed 100K pack, the Jumbo Rare Player Pack, is available. This expensive loot box doles out nearly two dozen rare players, and gives fans a chance to pack some big-name stars.

Team of the Group Stage

The past years have seen EA assemble a promo team for the best formers from each year’s UEFA Champions League group stage. This one may be scrapped, or at least delayed, due to the fact the UCL could have a different look next year.

FUTMAS is, for some, the funnest time of the FIFA calendar! There are new squad-building challenges every day for a fortnight leading up to Christmas Day itself, and all the cards are usually themed on numbers and days.

On top of these player SBCs, there’s also pack specials, challenges, unlockable rewards, and more to get you into the FUTMAS cheer. This one’s always a (we’re sorry in advance) cracker!

FUTMAS will bring plenty of Chrissy cheer to FIFA 21 this year.

Team of the Year

TOTY is one of the biggest early-game promos there is, and may just be the biggest market crasher the game has to offer. The 11 best-performing players of 2020 are crowned in this lineup, and handed huge upgrades for their efforts.

Future Stars is the second half of Team of the Year. While the mega-boosted team celebrates the best of the year, Future Stars takes a look into the far-flung seasons ahead of us. Expect to see the world game’s youngsters dialed up to 11 here.

The final “dynamic” promo is Headliners. Similar to Ones to Watch, the Headliners upgrades come after win-streaks for teams. If you get a Liverpool headliner, and the Premier League champs win three times in a row, your player is upgraded. Simple!

Winter Refresh could be one of two things this year. The first is FIFA 20’s boosted lineup that simply dialed up a few stats. Usually, however, this promo has players actually upgraded for their real-life performances.

The winter promo sometimes also adds “Winter OTW” cards, though FIFA 20 didn’t follow this due to the fact there weren’t many transfers. Club changes also come through during this time if there were big player moves.

Similar to Ultimate Scream, Shapeshifters takes something about a select number of players and makes them stronger. This year’s promo changed positions for a handful of top players.

FUT Birthday does what it says on the box: celebrates Ultimate Team’s creation. Usually has a number of weak foot and skill move upgrades for some of the year’s popular FUT cards.

FUT turned 11 this year. What will EA do for FIFA Ultimate Team’s 12th birthday this year?

Team of the Season

The big one. Team of the Season (or TOTSSF, as it was called this year) celebrates the best performers from each of the biggest leagues around the world, and a handful of competitive smaller leagues are also included.

The 2020/21 season has a big impact on this promo, and completely determines who makes it into each upgraded league squad. Expect these fancy blue cards to land a little than usual considering all seasons have been delayed slightly.

FUTTIES is usually the last hoorah for most FIFA cycles, but this year was a little different ⁠— in part due to the lockdown and global situation ⁠— with the new ‘Summer Heat’ instead.

Considering how popular the Summer Heat promo was, there’s every chance EA simply bin the FUTTIES/Festival of FUT events and go all-in on the summery celebrations that we had in FIFA 20 instead. Plenty of upgrades and SBCs here. 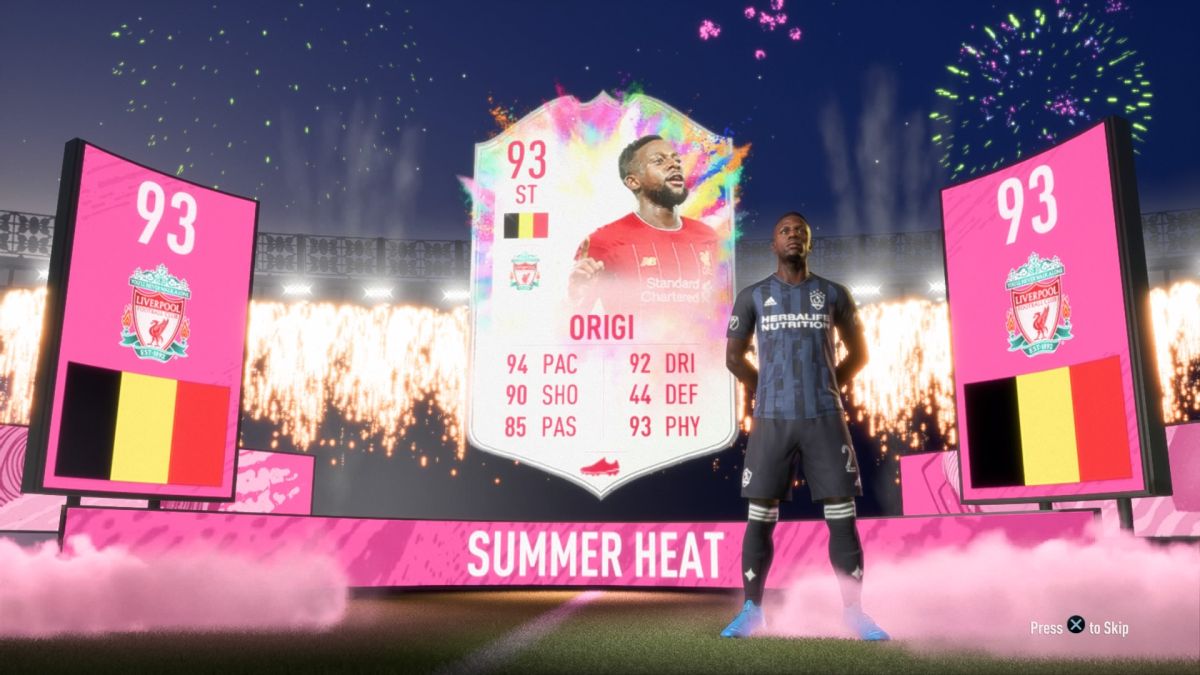 This year, the European Football Championship is on, after it was delayed midway through the year. The Euros bring together all the best international teams in Europe to do battle for the continental title. And, of course, it’s a great excuse for one final FIFA celebration.

Expect EA to go all-in on Euro 2021 this year. This is especially likely after the publishers were handed an extra year to plan it out too.

The 2018 World Cup basically had its own game mode in FIFA 17, with all-new cards and teams to build. EA could do the same this time around as well, though it’s just as likely they offer up some mega-boosted endgame cards in FUT too.

FIFA 21 will have some kind of promo celebrating the delayed EURO 2021 tournament.

FIFA 21 will be releasing on PlayStation 4, Xbox One, and PC on October 9, 2020, with preorders kicking off on August 14. There is no set date yet for when the game will be out on PS5 and Xbox Series X.