EA SPORTS have released the very first Team of the Week (TOTW) for FIFA 21, which are typically the rarest special cards in the late game. So, let’s take a look at who is included.

Xbox One, PlayStation 4, and PC players have eagerly been waiting to see who will feature in the first set. There’s no shortage of contenders, either, with our predictions including the likes of Luis Suarez, Wissam Ben Yedder, and other strikers who got off the mark early in the season.

On September 30, days before the game is released in early access and officially, EA have revealed who has been selected.

When does TOTW come out?

Some big matches have taken place this week, but who will make the cut?

There’s a change in the TOTW schedule this year, too, as the timing of their announcement has been shifted back a few hours.

Whereas usually fans would wait until 3PM (BST) every week to find out who made the cut, FIFA Direct Communication confirmed 6PM – three hours later than normal – would be the new time for this game. That same time will be repeated moving forward.

Following on from that, the whole list has been made official, including stars from many leagues.

The Premier League gets its fair share of representation, with Jamie Vardy one of a few after scoring a hattrick against Manchester City, but let’s not waste any more time and jump right into it. Here’s Team of the Week 1 for FIFA 21. 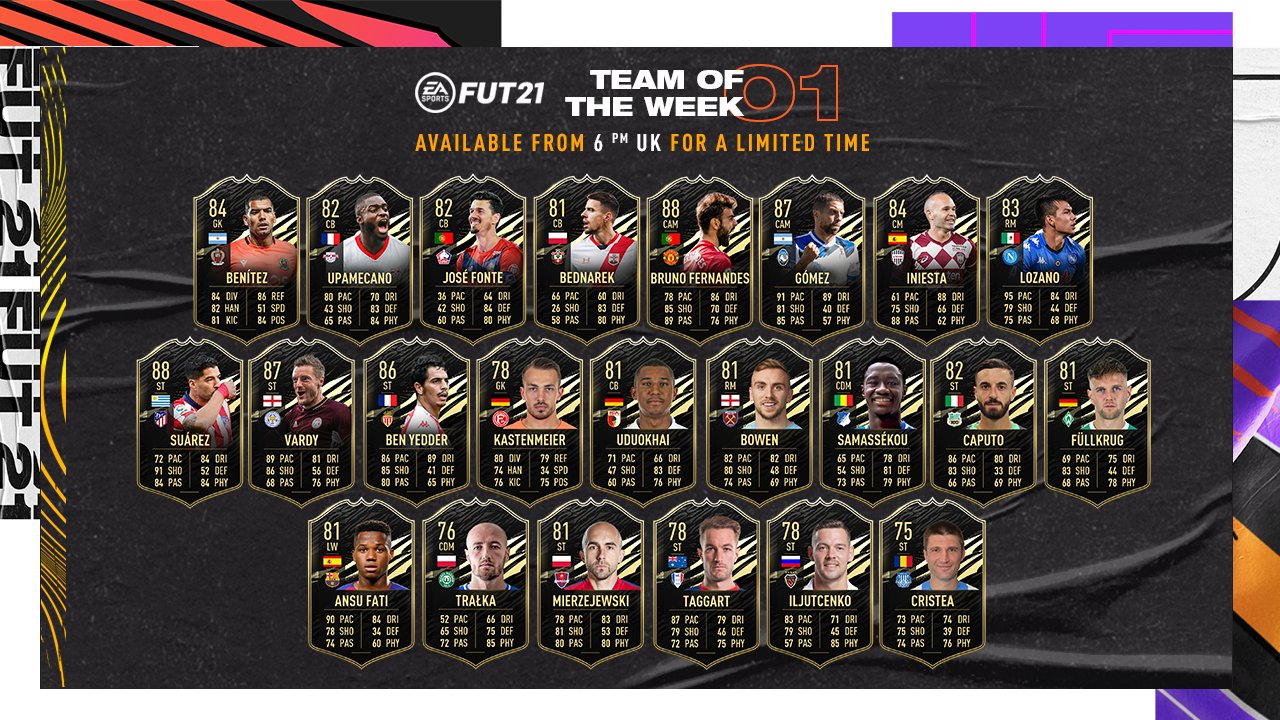 That’s that! We’ll be back at the same time every week, along with our pre-reveal prediction, which you can read about @UltimateTeamUK.