FIFA 20 is fast approaching the end of its life cycle, so we’re turning our attention to next year’s title. EA have confirmed the top 100 player ratings in the upcoming game, but here we’re focusing on Ligue 1 alone.

Each year, prior to the release of a new FIFA game, the player ratings receive significant attention. How can these two players be the same rating? How can this player only have 80 pace, when this player has 90?

Regardless of what we all think, EA’s ratings are final and the entire top 100 has been revealed. Here, we’re taking an in depth look at the highest rated players from the French top flight. Below are the top 10 from last year’s title, so we can make good comparisons on how they’ve altered.

Ligue 1, rather unsurprisingly, is dominated by PSG, who have won the last three domestic competitions, and finished runner-up in this year’s Champions League.

Top of the tree once again is Neymar, who has fallen 1 OVR to 91. He remains the best card in his league, but the gap has closed somewhat as his teammate Mbappe finds his rating up 1, to 90.

We correctly called Mbappe’s OVR boost, but Neymar’s downgrade came as a bit of a shock off the back of another strong season.

Below are the top 8 rated FIFA 21 Ligue 1 players, alongside their overall ratings. You can compare them to their FIFA 20 ratings (above) and how we predicted the top 10 to fall (below).

Unfortunately the last couple haven’t been confirmed just yet, but we expect to see Houssem Aouar and Wissam Ben Yedder to make up slots 9 and 10. Only time will tell whether we’re right.

Lyon’s Houssem Aouar has had a seriously impressive seriously. At just 21 years old, the midfielder’s nine goals and seven assists in all competitions becomes even more impressive. We expect him to feature incredibly regularly for Lyon in the coming seasons.

Memphis Depay, we’re predicting, is set to stay at 84. Alongside Moussa Dembele and Houssem Aouar, the Lyon forward has had a decent season. The only thing that’s burdened him is a lack of appearances, but 9 goals and 2 assists proves that when he’s on the pitch, he’s more than worthy of an 84 OVR.

Wissam Ben Yedder already causes enough problems, despite his modest 83 OVR in FIFA 20. The thought of an upgraded, 85 OVR, Ben Yedder is pretty terrifying, but it’s hard not to predict an upgrade given his 18 goals and four assists for Monaco this season.

Icardi, like most PSG players, should stay the same in next year’s game. He’s impressed in a stellar PSG side, but probably hasn’t done enough to improve on his already high 85 OVR. 12 goals in 14 appearances is impressive, but it’s hard to ignore how much of the season he’s missed.

We’re also predicting Marco Verratti will stay the same. The midfielder has featured regularly for PSG this season, but hasn’t had the stand out season that would probably warrant an upgrade. Solid, but no exceptional.

Marquinhos probably deserves to stay the same at 86. He has been a stalwart of PSG’s defence this season, appearing regularly in both Ligue 1 and the Champions League. Approaching 27 years old, it’s fair to assume he’s nearing his peak, and 86 appears a fair rating.

Di Maria has struggled to improve massively in recent years. His move to Manchester United proved futile, but his transfer to Paris has seen him finally find some form of consistency, no more so than in the 2019/20 campaign.

Appearing 26 times in the league for PSG, Di Maria has received multiple in-forms and featured in the Ligue 1 TOTSSF. An upgrade to 87 is more than fair. 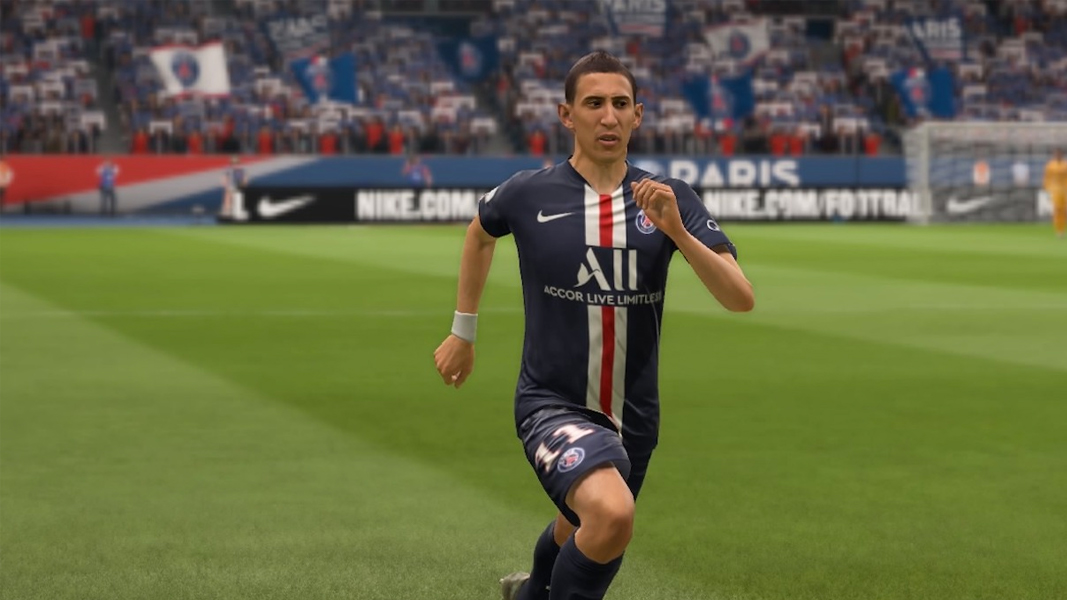 Thiago Silva is another PSG player we expect to stay the same. He remains one of the world’s best defenders, but hasn’t done enough to warrant an upgrade in next year’s game. Like his compatriot and defensive partner Marquinhos, solid.

Mbappe is a nightmare for defenders in FIFA 20, but his young age and impressive campaign means we expect him to hit 90 OVR next year. 18 goals and five assists in 17 appearances means the only way he can go is up.

This year’s top Ligue 1 player is set to be next year’s too. Neymar has impressed in Paris this season, with 13 goals and six assists in just 15 league appearances. He’s not done enough to challenge Ronaldo or Messi for the top spot, but he continues to be hot on their heels for the title of FIFA’s highest-rated player.

Obviously these predictions are subject to real-world circumstances. We’ve taken Edinson Cavani out of the list as he becomes a free agent, and there are still rumors that Mauro Icardi could be heading for England.

Neymar has also long been rumored to return to Spain, but with this year’s transfer window still up in the air, who really knows?

What do you make of our predictions? Tweet us your thoughts @UltimateTeamUK!