The latest FIFA 20 TOTW 7 squad has officially been revealed by EA SPORTS. These new FUT Team of the Week in-form players will be available in Ultimate Team packs until 6pm (UK time) on November 6, 2019.

If you have any packs saved for this particular FIFA Team of the Week squad, we recommend redeeming them right away. TOTW player prices are generally at their highest as soon as they enter the game, this due to the fact that there is a low supply of each of these cards at this point.

However, since the FUT transfer market isn’t an exact science, player prices can be unpredictable. Certain higher rated IF cards have been known to increase in value overtime, but this depends on whether or not they receive a higher rated card or are required for popular SBCs. 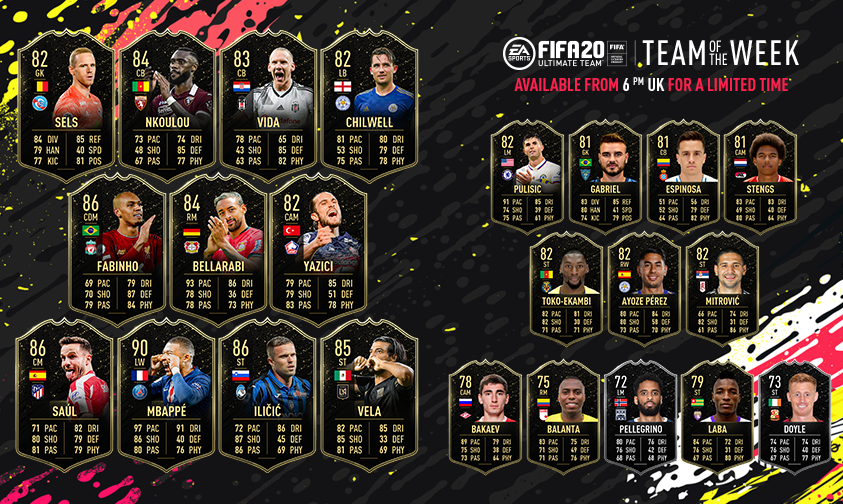 Are you impressed with the selections in this latest FUT Team of the Week? Which of the above FIFA 20 TOTW 7 players are you looking to obtain for your Ultimate Team squad? Get in touch with us via Twitter to share all your thoughts and opinions.