The latest FIFA 20 Team of the Week squad has been revealed for Week 26, featuring some of the top talent in the Premier League, La Liga and more with boosted in-form cards after some impressive performances.

The next flock of in-form players arrives on March 12, but while it’s usually scheduled to enter Ultimate Team packs at 6pm GMT (2pm ET/11am PT), it was actually delayed this time around.

EA confirmed the delay on their socials and anybody playing Ultimate Team will have seen an in-game notification about the delay, too. However, the full squad has since been revealed by the developers.

So, if you’ve got some packs ready to go, make sure you capitalize on the new cards on the market, especially as they’ll sell at higher values when they first become available.

An update prior to TOTW 26 also brought the Copa Libertadores to FIFA 20 Ultimate Team.

The Team of the Week drop is often a good time to try and build some cash, so make sure to keep tabs on the players that are coming, as well as which ones are likely to sell and help get you closer to a perfect FUT Champs.

With some great performances and huge results across the board, including Manchester United’s 2-0 win over local rivals City, and Leicester’s massive 4-0 win thanks to braces from Jamie Vardy and Harvey Barnes, fans can expect to get some solid upgrades to their squad this week.

Team of the Week 26 finally revealed!

Following an earlier leak, EA have now confirmed the entire Team of the Week 26 team, which can be seen below. 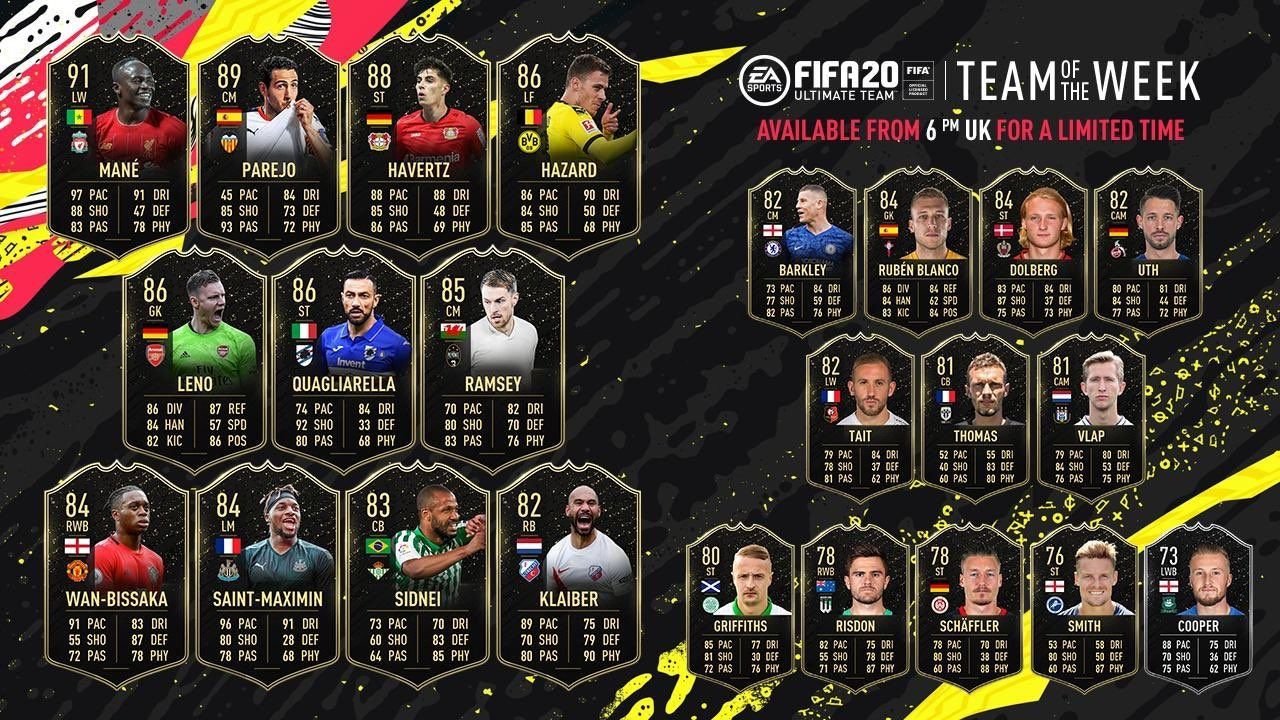 Though EA is late to officially announce its Team of the Week for Week 26, these cards are now available in packs.

The upgraded cards are all well-deserved after some solid performances throughout the week, and now these players will be looking to keep their form up and get yet another boost in TOTW 27 and beyond.

Elsewhere in the FIFA world, leaked files have hinted that Argentinian legend Gabriel Batistuta is going to be getting an Icon card coming up soon, while publishers EA have had to cancel a number of global events due to the outbreak of the Coronavirus.