As part of the Serie A Team of the Season (TOTS) So Far, EA SPORTS have released a new Allan Flashback SBC, as well as Objectives to unlock a TOTSSF João Pedro, and Moments Jérémie Boga in FIFA 20 Ultimate Team (FUT).

The Serie A TOTSSF was one of the squads that players were waiting for the most since the Team of the Season promo began, and EA finally rolled it out on May 22.

In addition to the 20 incredible cards that are available in packs, there are also four untradeables for players to grind for: 88 and 91-rated versions of Allan, 92 João Pedro, and 89 Jérémie Boga.

Allan’s SBC is for a Flashback card based on his TOTS from FIFA 19, so while he didn’t do enough to make the cut for this year’s Serie A squad, this essentially serves the same purpose. As EA have been doing recently with Flashbacks, there are two versions of the Brazilian midfielder available: a cheaper 88-rated one and the Premium 91, which looks like one of the best box-to-box midfielders in the Italian first division.

As for João Pedro, his TOTSSF Objectives card looks like an absolute menace. Having been boosted a whopping 11 ratings from his 81-rated In-Form, he now boasts top-of-the-line pace, shooting, dribbling, and physicality, all of which make him look like a complete center forward.

And if you think that boost is impressive, take a look at Boga, who has gone from a 72-rated silver to one of the more fearsome-looking wingers in the Serie A. Much like João Pedro, Boga’s M.O. is all about lightning pace, reliable shooting, agile dribbling, and strong physicality.

As mentioned above, there are two different Flashback SBCs available for Allan, and we’ll start with the 88-rated regular one, which is cheaper. It has only one squad building component, and FIFA database website FUTBIN estimates it to currently cost around 82,000 coins on PS4, 77,000 on Xbox One, and 92,000 on Origin PC.

Here is the current cheapest solution for this SBC, without requiring loyalty or any position-change cards. However, if that TOTSSF Dias card ends up becoming too expensive or rare to obtain, here’s an alternative solution that does not feature any special items. 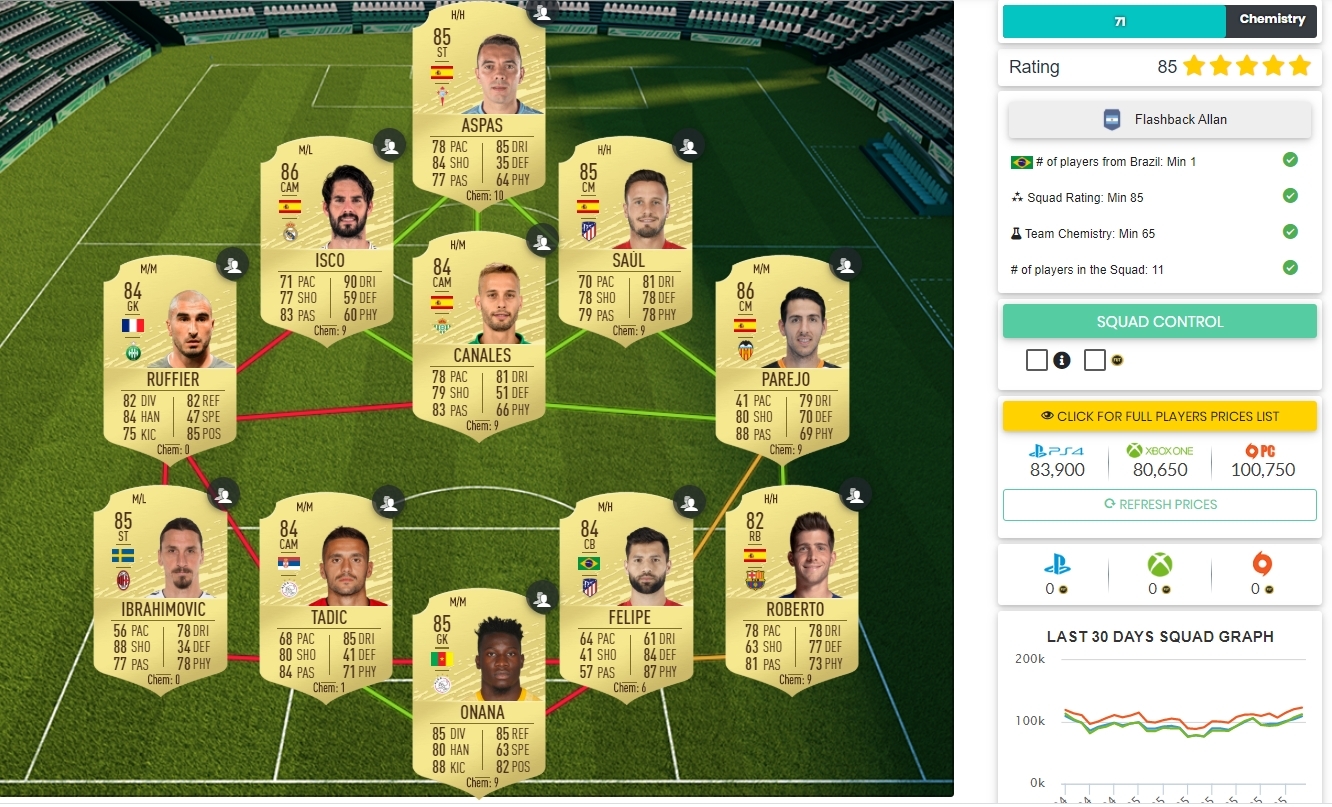 As you’d expect, Allan’s 91-rated Premium Flashback SBC is a lot more expensive and has three squad building components. FUTBIN estimates this one to cost around 262,000 coins on PS4, 250,000 on Xbox One, and 293,000 on Origin PC, making it about three times more costly than the other option.

Here are the current cheapest solutions for all three squad building components, again without needing any loyalty or position change cards. 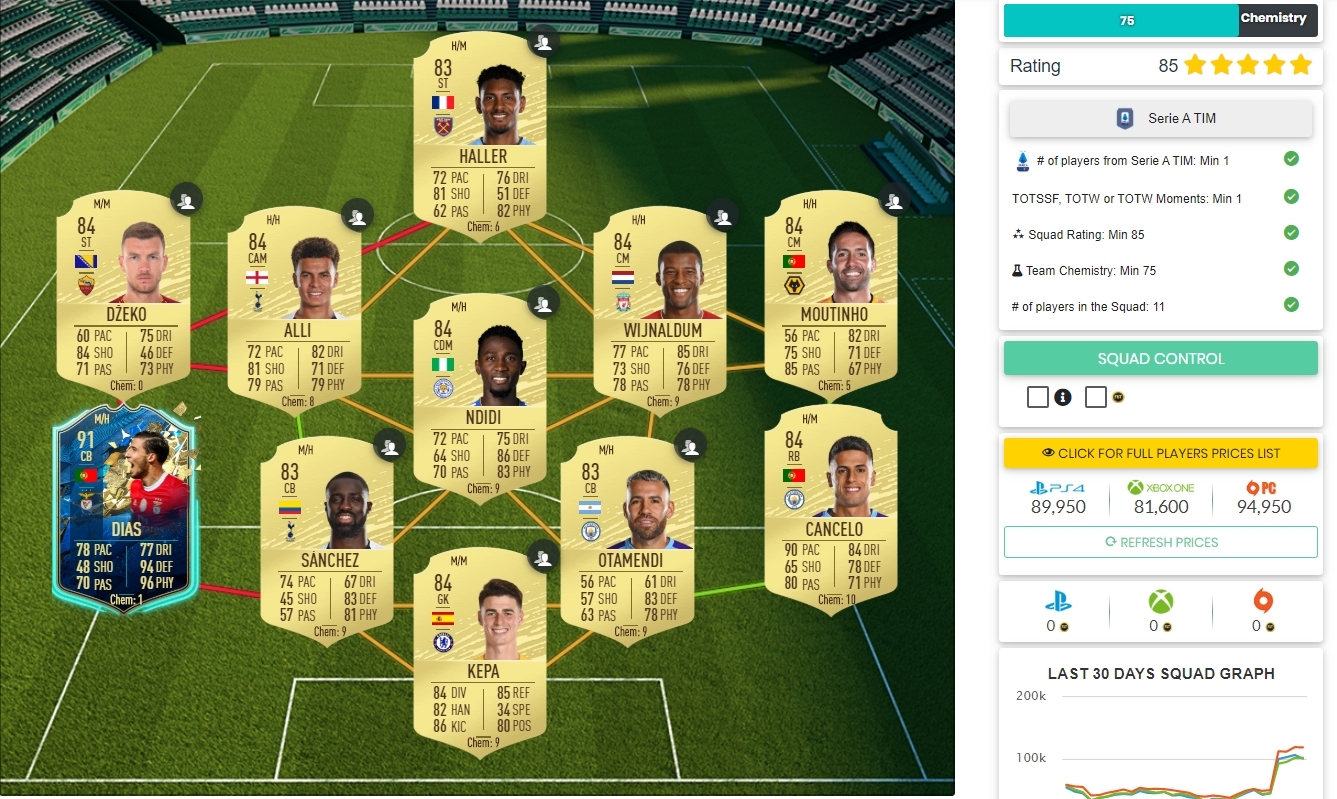 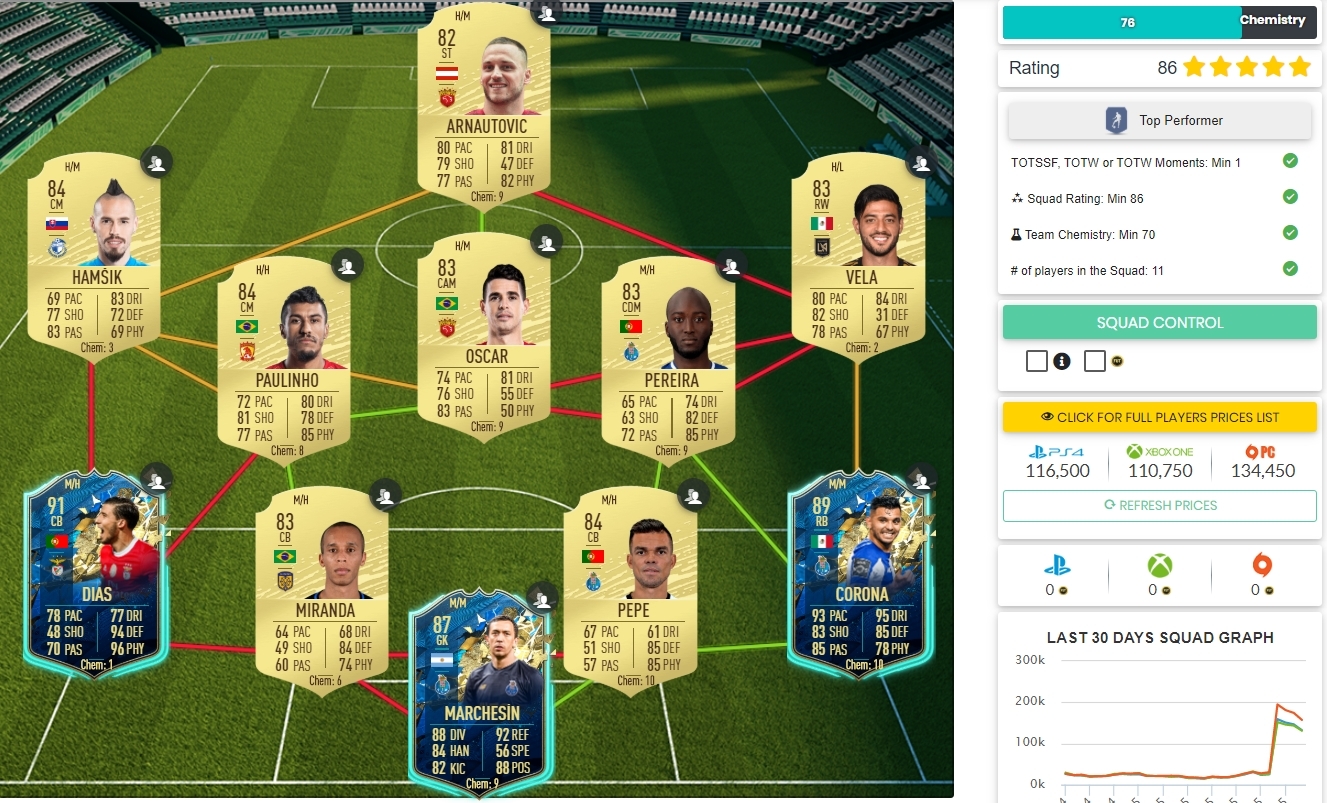 There are four in-game Objectives that you’ll have to complete in order to unlock João Pedro, each of which does offer its own pack reward and XP boost.

The same goes for Boga, who has his own set of Objectives that are now available in FUT 20. However, the good news about these challenges is that they can be done in Squad Battles, so you don’t have to worry about coming up against tough opponents in Rivals.

All four of these untradeables have different expiration dates in FUT 20, so make sure to keep track of how long you have for each so that you don’t end up missing out on one.

The Allan Premium Flashback SBC is permanent, so you can spend as much time as you need to save up for it, but the 88-rated regular version is only available until Monday, May 25.

João Pedro’s Objectives are available for two weeks, expiring on Friday, June 5. However, you won’t have as much time to complete Boga’s challenges, as his set will be going away on Friday, May 29.