FIFA ICONs are undoubtedly among the very best cards in Ultimate Team, particularly at the beginning of each FUT year. With a brand new title on the horizon, we can begin to speculate as to which FIFA 20 new ICONs will be included in the game.

Since FUT ICONs were made available on both consoles (PS4 & Xbox One), they have changed the dynamic of FIFA Ultimate Team. These legendary players are highly sought after and are usually a force to be reckoned with on the pitch.

In FIFA 19 there were four versions of each FUT ICON, Base/Baby, Middle/Mid, Prime, and Prime ICON Moments. Although very rare, these players are available in Ultimate Team packs, however, they are also released throughout the year via SBCs. 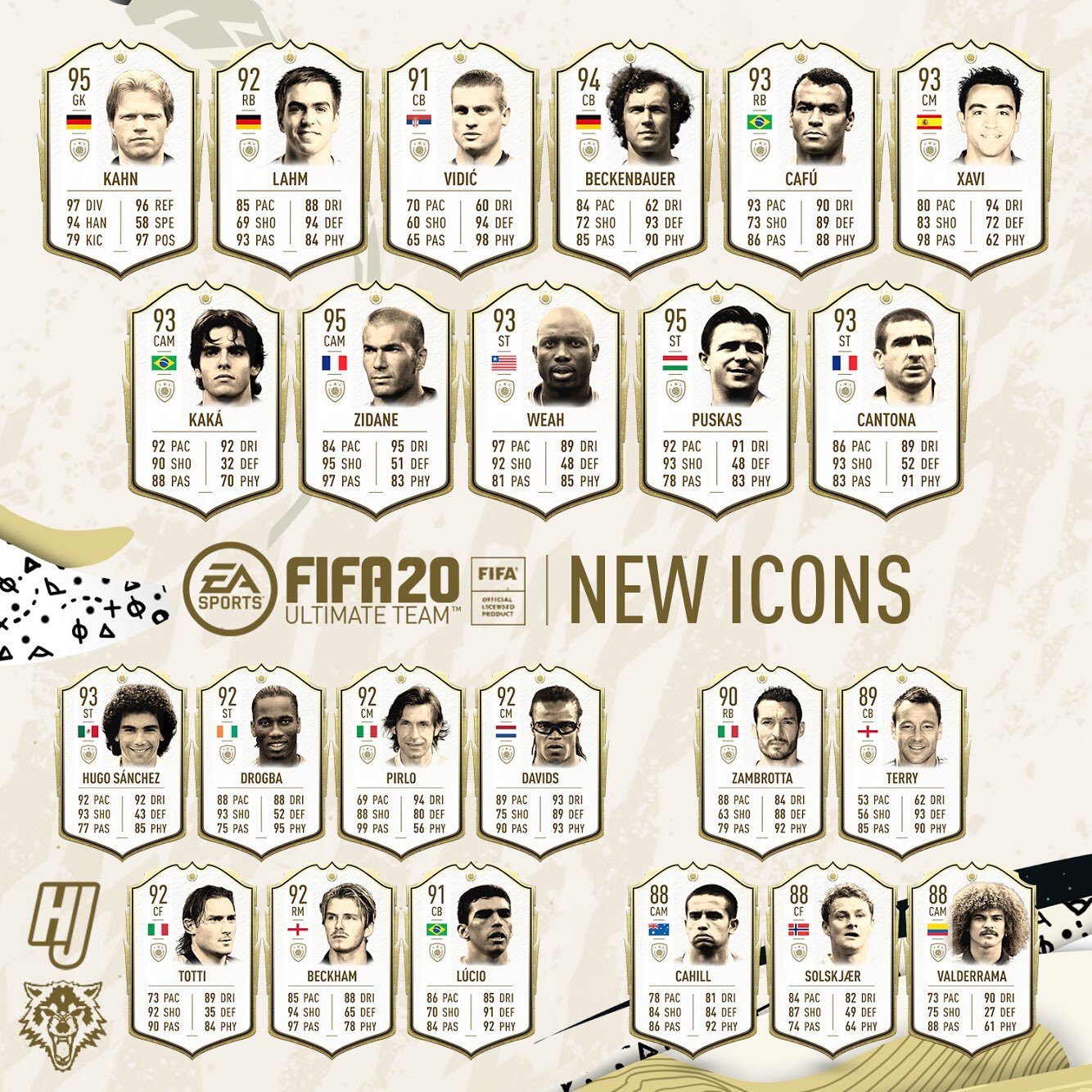 Are there any other new FIFA 20 ICONs that you are hoping to see in this year’s Ultimate Team game mode? Which of the above FUT ICON cards would you be most excited about trying out in your club? You can get in touch with us via Twitter to let us know your thoughts and opinions.