EA SPORTS have rolled out the Team of the Season (TOTS) So Far for Ligue 1 in FIFA 20 Ultimate Team and it’s full of impressive-looking players, including a few that are available for free via SBCs and Objectives.

Players have already been treated to bumper squads from the competitions like the Premier League, Serie A, and the Bundesliga. Now, next up is the French top division, and we’ve got everything you need to know about the team below, including all untradeable SBC and Objectives cards.

As you’d expect, this squad is stacked with some incredibly high rated players, headlined by a 98-rated Mbappe, 98 Neymar, 97 Ben Yedder, 97 Di Maria, and more. With PSG having pulled 12 points ahead of second-place Marseille in the Ligue 1 table before the league was postponed, it’s no surprise that there are plenty of Paris players in this team, especially since most of the star power of French football is concentrated in the capital. 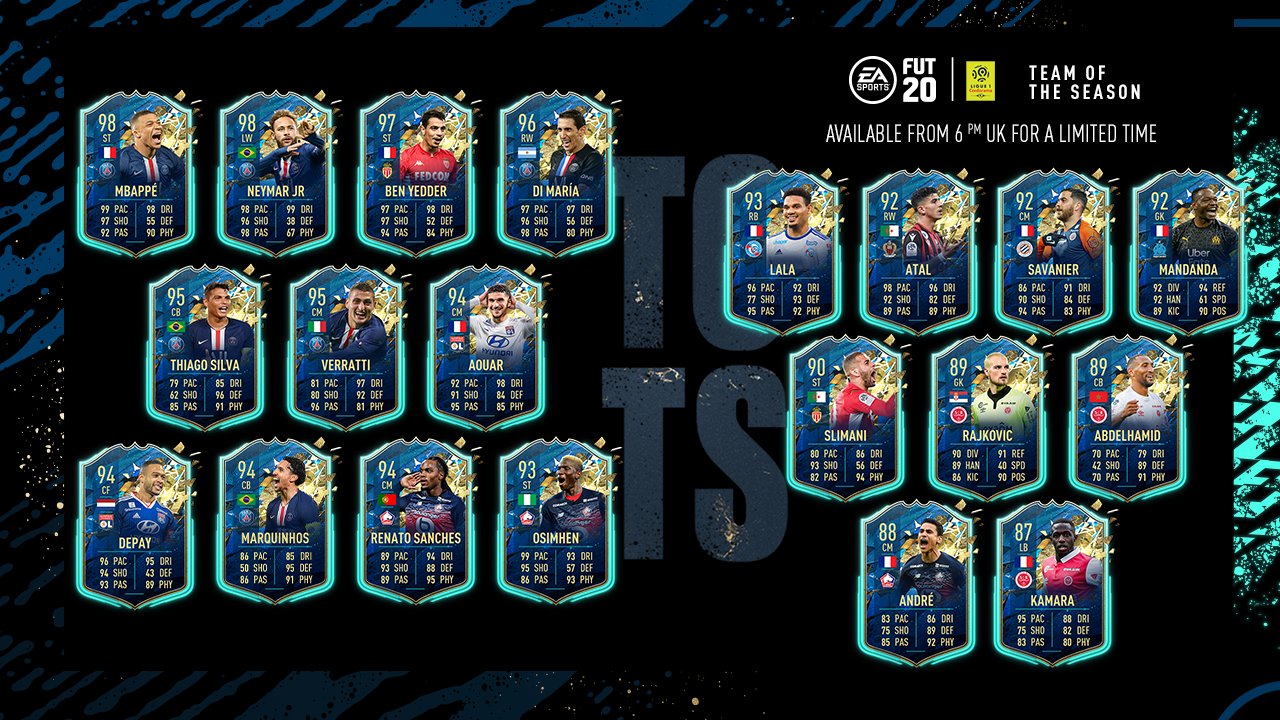 As has been the case with every other major TOTSSF so far in FIFA 20, EA have also released several untradeable cards that players can unlock. The first is a new SBC for a 93-rated Dimitri Payet, who looks like an absolutely incredible card. You can check out the requirements, cheapest solutions, in-game stats, and more here.

Marseille's maestro was undeniable once again. ?

A Team of the Season Dimitri Payet Squad Building Challenge is available in #FUT20 for a limited time. #TOTS pic.twitter.com/SjibOQDWqU

As for the Objectives players, one is a 93-rated Idrissa Gana Gueye, which is a full-on TOTSSF card, while the other is for a Moments Aleksander Golovin, who had a very good season for Monaco. Check out our Ligue 1 TOTSSF Objectives page for all the requirements, in-game stats, and fastest ways to unlock both.

An absolute ace in the midfield ? A man for the moment ?

The Ligue 1 arrives in FIFA 20’s Ultimate Team as the final of the five major leagues to get a boosted squad so far. The Serie A landed last week, while the Premier League, La Liga, and Bundesliga have all come and gone too.