With the start of the new English Premier League football season now underway, along with other domestic leagues, FUT Team of the Week is back. FIFA 19 TOTW 48 players are now available in Ultimate Team packs until 6pm (UK time), August 21, 2019.

The 2019/20 Premier League season kicked off with exceptional performances from both Manchester clubs, with Raheem Sterling netting a hat-trick, and Marcus Rashford scoring a brace. Ligue 1’s Paris Saint-Germain also began their season in fine form, with EA opting to give Marquinhos an in-form item in the CDM position.

It appears as though a new Team of the Week squad will now be released within FUT 19 on consecutive Wednesdays until September 11, 2019. Based on this year’s calendar, the following week (September 18) is expected to feature FIFA 20 TOTW 1 via the new Web App. Check out this week’s FUT 19 Team of the Week 48 squad directly below. 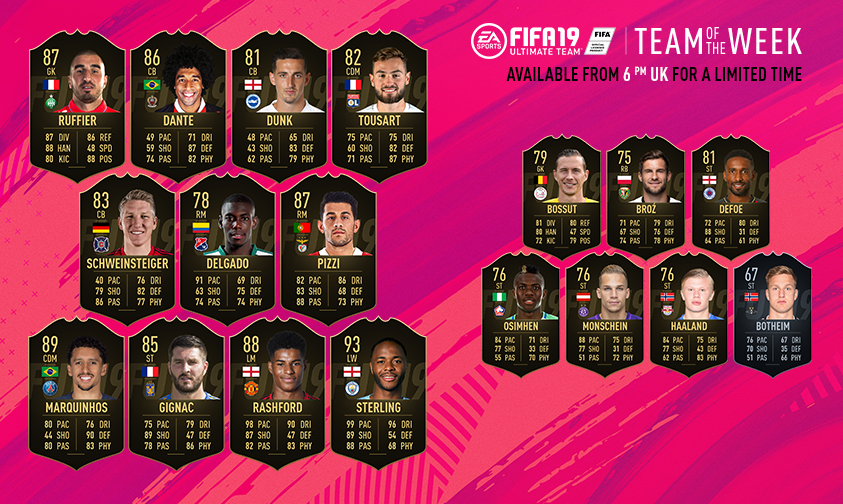 Are you impressed with this week’s FIFA 19 TOTW 48 squad? Are there any particular players that feel should have been included in this week’s FUT Team of the Week? You can get in touch with us via Twitter to share your own opinions and thoughts.

How to beat Sierra in Pokemon Go April 2021: Best counters