Once each FUT TOTW squad has been released, users have the option to view each squad within the FIFA Web App. Each Team of the Week can also be challenged for bonus FUT coins on each console (PS4 & Xbox One). However, bonus coins will only be offered for the active squad. 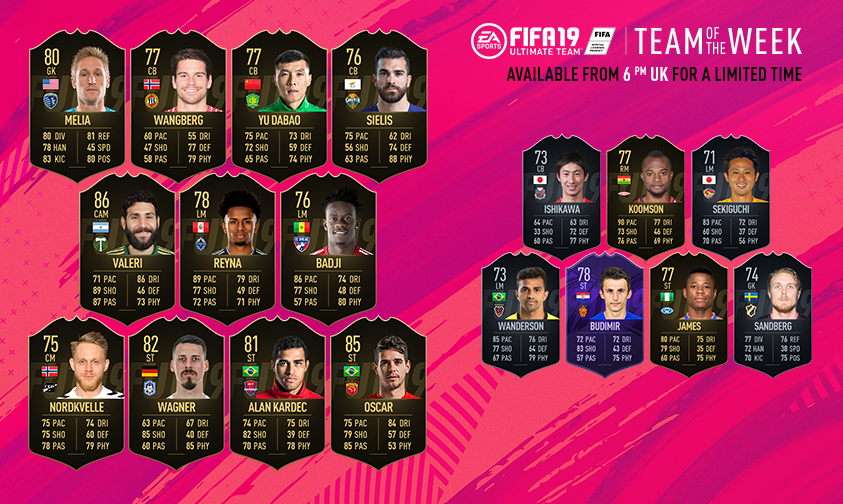 Players who have FIFA 19 Headliners or Ones to Watch FUT cards will be upgraded following the 6pm UK release of this team. These changes can often take up to a few hours to apply in-game, so if you are wondering why your card(s) haven’t upgraded yet, this is likely the reason.

Are there any players in this latest FIFA 19 TOTW 41 squad that have caught your eye? Are you planning to include any of the above FUT Team of the Week cards in your own Ultimate Team squad? Feel free to get in touch with us and share your thoughts and opinions via our Twitter.