Following the release of each FUT TOTW, users can view each squad by accessing the FIFA Web App. Each Team of the Week squad is also challengeable for bonus coins on each console (PS4 & Xbox One). 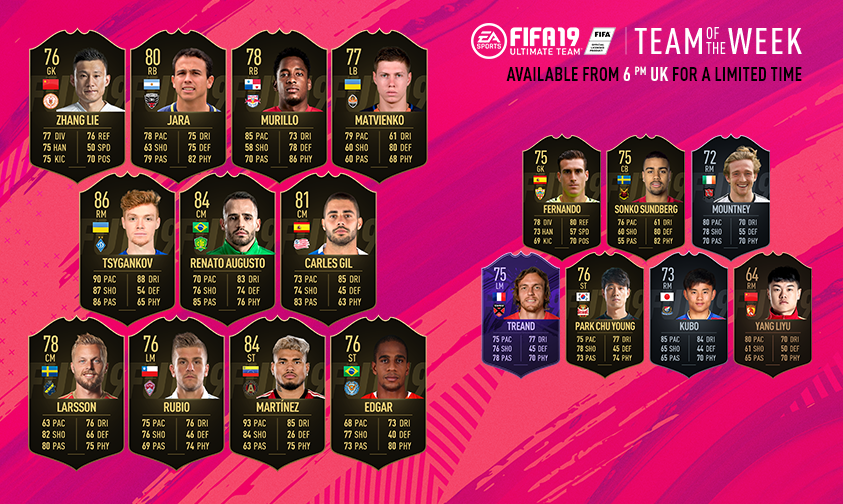 Any players with FIFA 19 Headliners and Ones to Watch FUT items will receive their appropriate upgrades following this squad’s 6pm UK release. However, with this said, please remember that these changes sometimes take up to a number of hours to be implemented in-game.

Were you hoping to see any other players in this week’s FIFA 19 TOTW 38 squad? Will you be looking to include any players from this FUT Team of the Week in your own Ultimate Team? We welcome you to get in touch via Twitter and share your opinions with us.