FIFA 19 Formations Tutorial | What Is the Best Formation? - Dexerto
FIFA

FIFA 19 Formations Tutorial | What Is the Best Formation?

In this FIFA 19 formations tutorial, we will explain the benefits and disadvantages of using different formations in FIFA 19. By changing your formation to suit your squad and style of play, you can help yourself to achieve higher ranks in the FUT Champions Weekend League and Division Rivals.

Formations in FIFA 19 are often overlooked, as most players will just pick one that they are already familiar with. In actual fact, the formation you use can massively influence the way your team plays on the pitch. Taking the time to pick the right formation can help you to breeze through games you may have once struggled with.

It is important to recognise that deciding on a formation first will determine the type of players that you are able to include in your squad. This can be limiting, but also advantageous if you know what you are doing. By choosing a solid FIFA 19 formation, your team will play in a more solid structure, which will ultimately bring you more success in games. 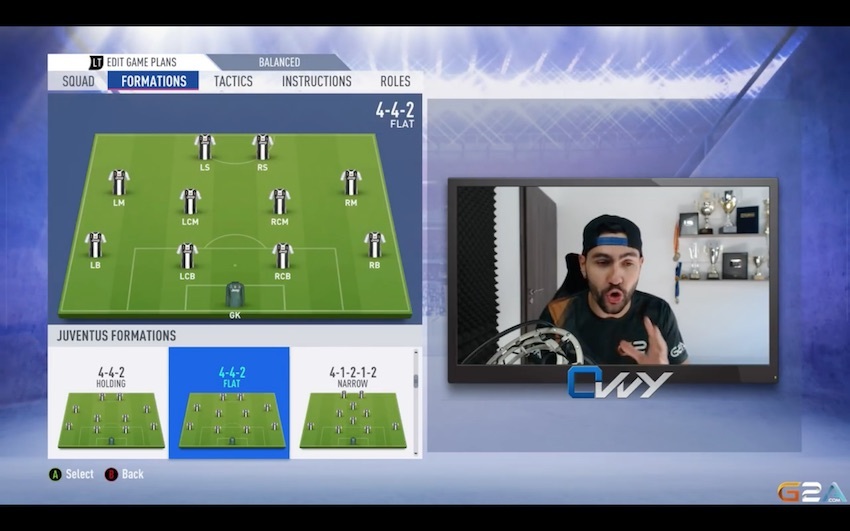 What Is the Best Formation in FIFA 19?

Adjusting your gameplay through formation changes in FIFA 19, can help to achieve your desired result. Below, we will detail some of the best formations to use in FUT Champions and Div Rivals. The following video provides detailed analysis of different formations in FIFA 19.

Due to the most overpowered aspects of gameplay in FIFA 19 this year, the most effective formations should involve wingers. As central defenders tend to be extremely aggressive in this year’s game, it is best to be able to spread the play to the wings rather than through the middle.

This formation requires two box-to-box central midfielders. These players must be very well-rounded, along with high stamina stats. The 4-4-2 formation also requires very quick wingers to take your opponent by surprise on counter-attacks. Fast forwards with high finishing stats are also recommended.

The 4-3-3 formation provides you with great control of the game due to its width. We recommend focusing on a higher-rated CDM in order to help break up the play and keep possession. It is also important that your wingers are able to be used as outlets and hold up the play in order to involve other players in your attacks.

This is another great FIFA 19 formation to control the play. The two central attacking midfielder players can be played as wingers through custom tactics. At least one of your central defensive midfielders is required to play as a box-to-box CDM, otherwise this formation could be regarded as too defensive.

This is a formation that has helped professional FIFA players to win world championships, this is mainly due to the great balance that it provides. The CAM position is key here and is required to be very well-rounded, as a lot of the play will go through them. Again, at least one CDM is required to be box-to-box, otherwise you may not have enough options in the final third.

This formation is very similar to the 4-4-2 (Flat), although it is more defensive. As we’re sure you will be starting to notice, box-to-box central midfielders are very important in most formations and this is also the case with this formation.

Another formation that has been adopted by many top players, the 4-1-2-1-2 will provide you with success, as long as you’re a capable passer of the ball. This can provide great counter attacks and does require fast players, including the full backs.

These are regarded by many as the best formations in FIFA 19. Generally, most FIFA 19 formations require decent box-to-box central midfielders and quick players. Try each of the above and see which you prefer.

Which FIFA 19 formations have you used this year and which ones you have had the most success with? If you prefer to use any formations not mentioned above, let us know via Twitter.