FIFA 19 Corner Kick Tutorial | How to Score from Corners

In this FIFA 19 corner kick tutorial, we will detail an extremely effective method on how to score from corners in FIFA 19. Many professional FIFA players have started using this particular technique in big tournaments.

Surprisingly, most FIFA users are unsure about which the best way to score from a corner is, many players even give up these opportunities by passing the ball short. During games, players can receive in excess of ten corners, which all provide great goal scoring opportunities. With this in mind, if players do not know the best way to score from these set-peices, they are missing out on many potential goals.

In the FIFA 19 FUT Champions game mode, corners are an important part of gameplay, and can even decide the outcome of a match. Knowing how to score from these set-pieces could boost your FUT Champions Weekend League rank and enable better rewards to be achieved. 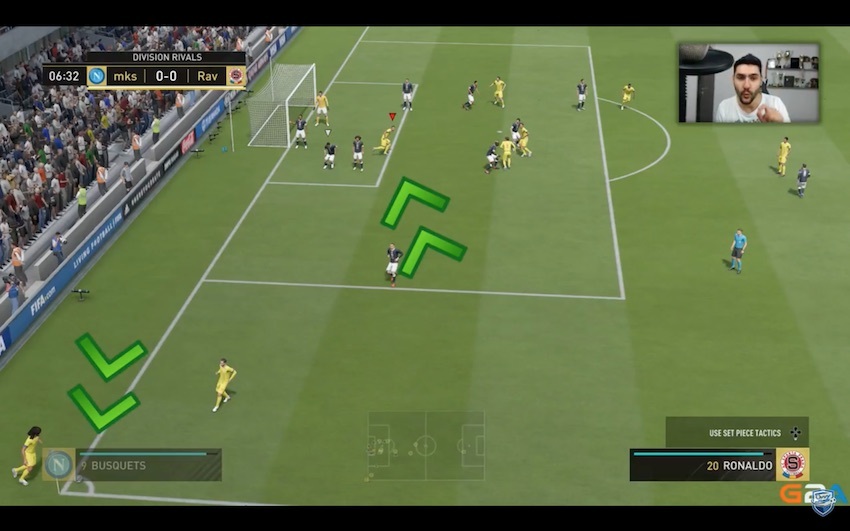 FIFA 19 Corners Tutorial | How to Score from Corner Kicks

It is important to note that even with this new FIFA 19 corner kick method, it is still not easy to score from these set-pieces. To maximise your chances, make sure your target player has good strength, jumping and heading stats.

Pay careful attention to the video below, as there are a few intricacies that must be followed in order to succesfully implement this method. We recommend practicing this FIFA 19 Corner kick technique before trying to use it in more competitive game modes.

More: FIFA 19 Passing Tutorial | How to Master Every Pass

You should have now selected a player in the box. Even though you are not controlling the corner kick taker, you can still cross the ball into the target zone.

Following this method carefully will provide you with good goal scoring opportunities from corners in FIFA 19. This is effective as the keeper will not be able to intercept the cross, as it will be out of their reach. As long as the player is in the position required at the right time, the ball will usually end up in the back of the net.

Alternate methods include over-powered bicycle kicks. We’re sure many of you have experienced conceding these earlier on in FIFA 19, with CB’s drilling it into the top corner from anywhere. This method is now difficult to score from, as EA SPORTS have now patched the game so that only high agility players are capable of performing an overhead volley kick.

Another method, similar to the one that we’ve just detailed, includes a tall player with good heading attributes standing at the front post. Players cross the ball into this area, which can sometimes result in an easy goal. If this is used against FIFA 19 players that know how to defend corners, you will rarely score using this method.

Let us know the success you’ve had with our FIFA 19 corner kick tutorial. If you’ve also had success with another method for corners in FIFA 19, get in touch with us via Twitter.