Fallout 76 may have gotten off to a rocky start, but it seems like Bethesda is sticking with the game after releasing news about a new ‘Survival’ mode coming soon.

Since the launch of Fallout 76 Bethesda said they had received a lot of feedback from players who were looking for a more competitive PvP experience.

So they came up with Survival mode which promises “greater challenge, fewer restrictions, and more incentives when it comes to PVP combat.” 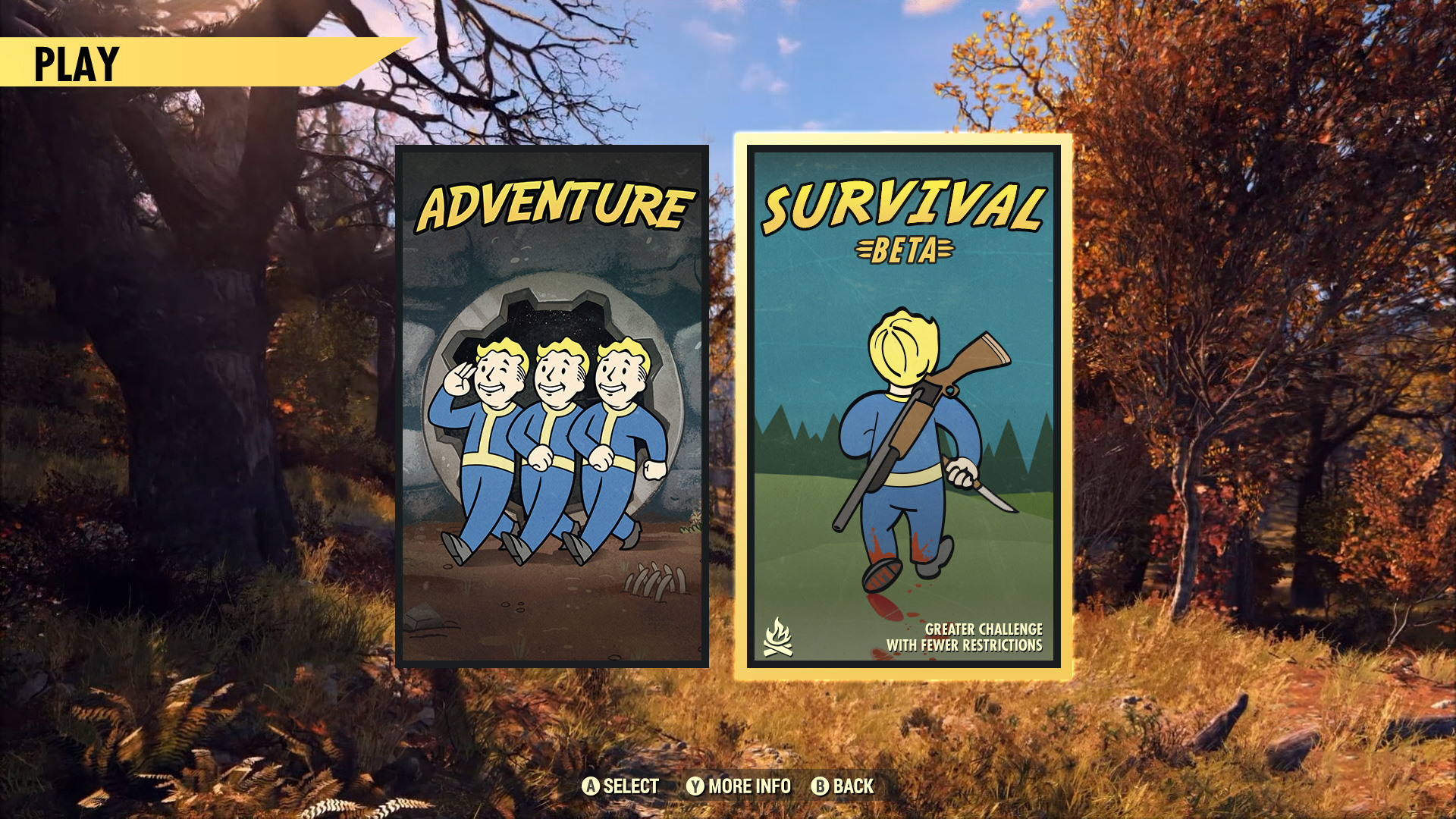 Fallout 76’s Survival mode is not a battle royale, instead, it’s another form of the main game that is accessed through the main menu.

Players can either create a new character for Survival mode, or use one of their existing ones while anything that affects characters in Adventure mode will also carry over into Survival mode, and vice-versa.

All players, except teammates or group mates, are automatically flagged as hostile towards one another in the new mode. Meaning there are no PvP restrictions, so you won’t have to wait for a player to fight back in order to take them out, which actually makes surprise attacks and ambushes possible.

The name ‘Survival’ isn’t just there to make the mode sound cool, players will only be allowed to spawn at their C.A.M.P. after being killed.

Bethesda is also planning to double the amount of caps rewarded for a kill, and make it so players have the chance to drop Aid and other items in addition to their junk, making each encounter a potential kill or be killed situation.

Survival will begin as a beta, and Bethesda said they would be making changes to the mode as players test it out, including a leaderboard for players to track their progress against others in Survival mode.

Bethesda also released patch notes when the announced Survival mode. Patch 5 should go live sometime towards the end of January, and the full patch notes can be read below:

We’re still targeting the end of January for the release of Patch 5. In addition to the changes we previewed in the last Inside the Vault, we’re pleased to share that we’re swatting another massive round of bugs with this patch, and implementing a number of changes based on feedback that players like you have shared with us on the forums, reddit, and social media, including: