The brackets for the SMITE and Paladins World Championships - Dexerto
Esports

The brackets for the SMITE and Paladins World Championships

The Hi-Rez Expo at DreamHack Atlanta will see the best SMITE and Paladins teams in the world face off for the chance to be crowned World Champions.

It’s the highlight of the Hi-Rez esports calendar, with the World Championships for both games taking place side-by-side at the Georgia World Congress Center on November 16-18.

Both tournaments will feature an eight-team, single elimination bracket, so there will be no room for error for the teams that hope to take home trophies.

Each event draws two teams from the NA and EU divisions of their respective Pro Leagues, while the final four teams in each secured their spots via an international qualifier.

This year’s SMITE World Championship sees reigning champions eUnited return to defend their title, after topping the Fall season of the NA SMITE Pro League with a 9-1 record. They’re joined by Splyce as the second team qualifying through SPL, while the European division sends Team Dignitas and NRG Esports

There were no surprises in the international qualifiers for Smite. Obey Alliance, Team RivaL, Trifecta and Spacestation Gaming all entered the qualifier with top four seeds, and all made their way through the bracket to claim a spot at the main event.

The bracket will play out as follows, with best-of-threes for the quarter-finals and best-of-sevens for the semi-finals and grand final. 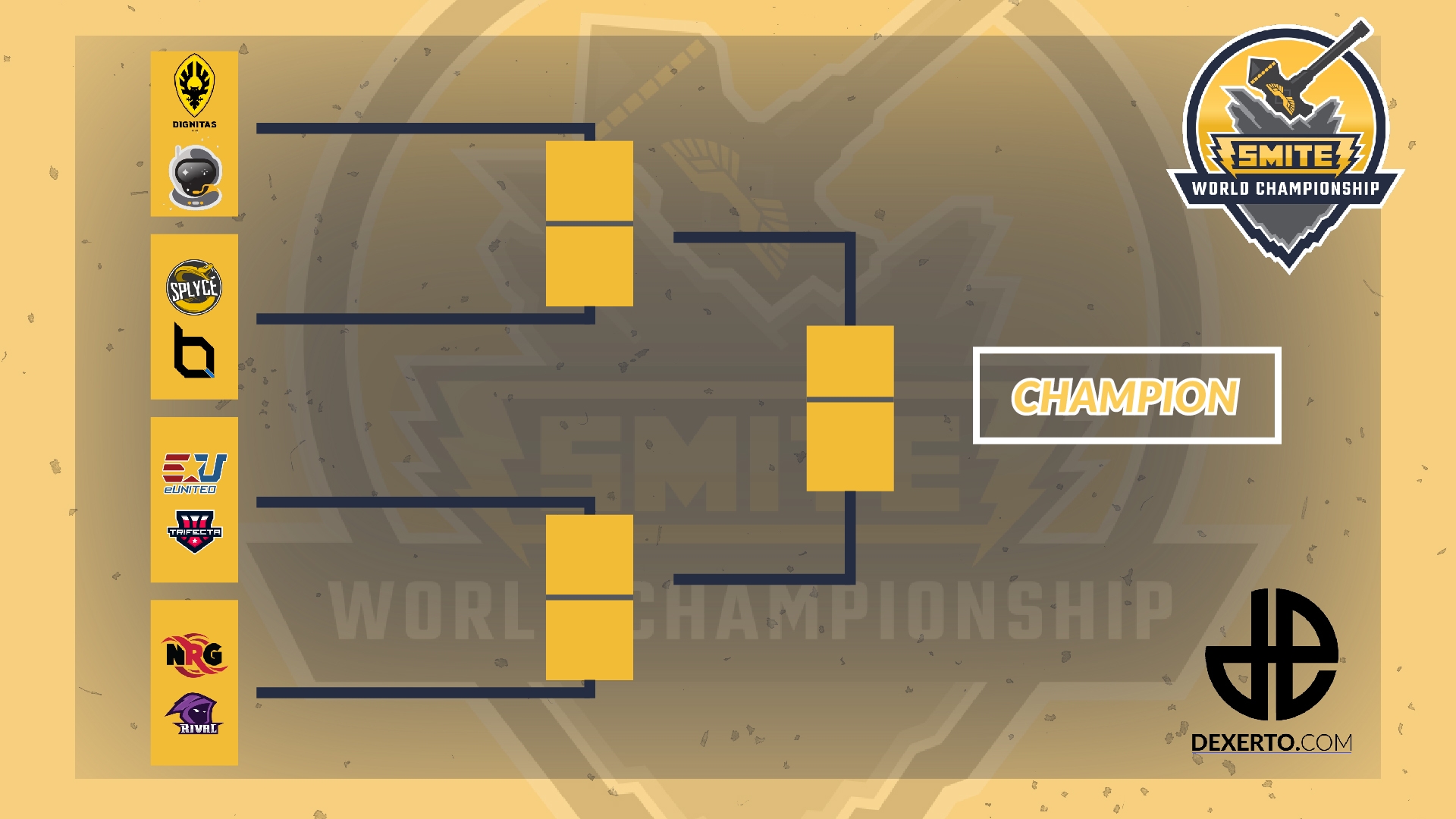 Paladins will also feature a defending World Champion in the form of Natus Vincere. Na’Vi went undefeated in the EU Paladins Pro League Fall split to claim the top seed, a clear step above even the second team in the league, Ninjas in Pyjamas.

In the North American division, Team Envy were an equally dominant force, also going undefeated at 8-0 in the Fall split. They’re followed by G2 Esports, who finished with a 6-2 record.

Unlike in SMITE, the international qualifiers for Paladins featured some notable upsets. First-seed Fnatic and fourth-seed Virtus Pro made it through, but the other two spots were taken by Kanga Esports and Spacestation Gaming, 9th and 10th-seeds respectively, neither of whom competed in either the NA or EU Pro League.

Best-of-five matches will be played in the quarter-finals, followed by best-of-sevens in the semi-finals and grand final. 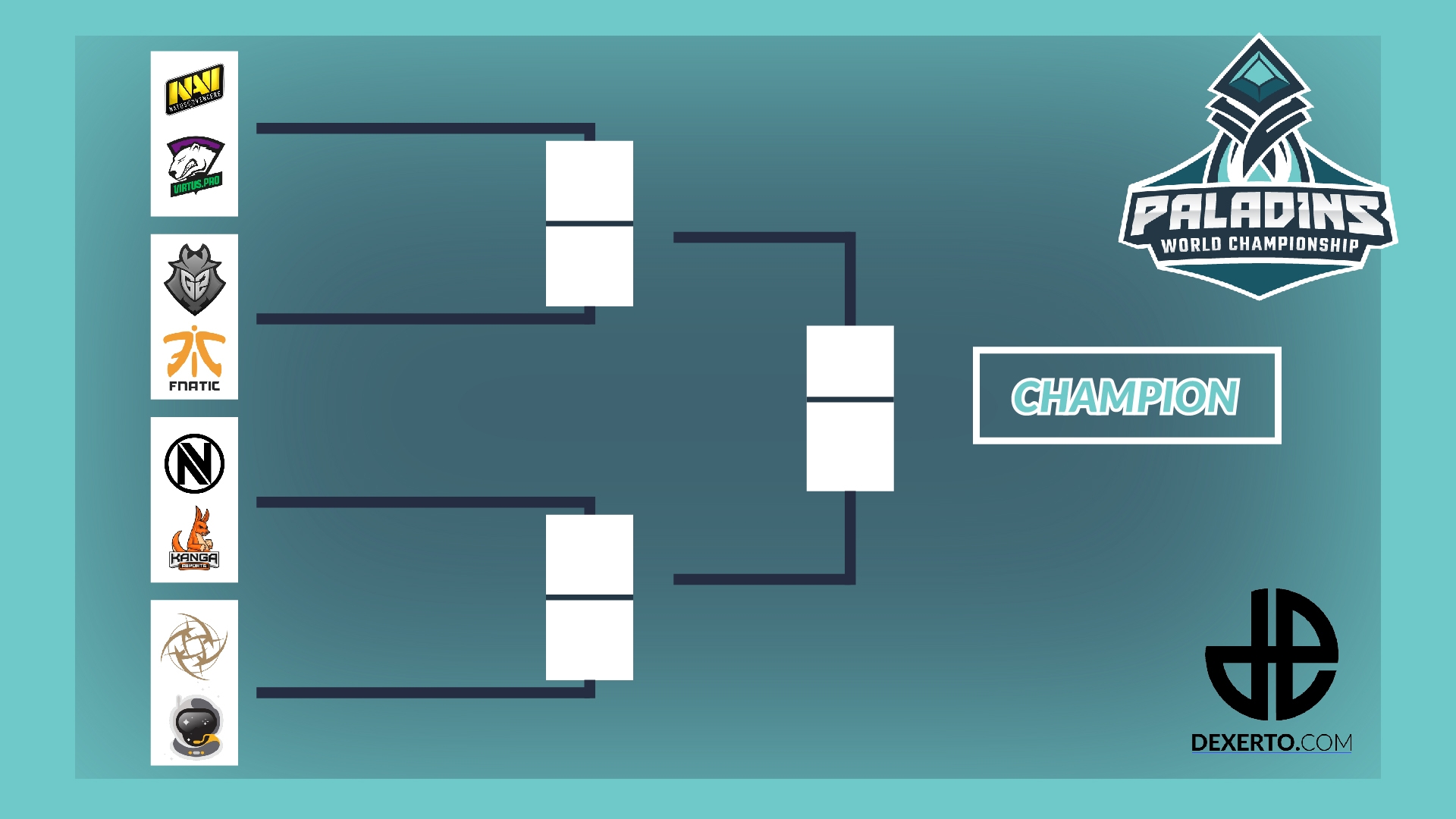