A Smash player with a history of negative incidents at tournaments, including using racially-charged language and fighting has been barred from Super Smash Con.

“Osiris197 will no longer be attending SSC19,” the event’s Twitter account said in an image post. “[The] safety of our attendees is the absolute priority. We have heard your feedback on how his presence will make many attendees feel unsafe, which is the last thing we want as an event.”

The decision to ban James “Osiris197” G came after Michael “RiotLettuce” Heilman reached out to Super Smash Con directly about the player’s attendance and it has caught the event’s staff off guard.

In a private message, which RiotLettuce screen grabbed, Super Smash Con said he would be on a very strict one-strike policy, which Osiris was okay with. The strike could even have been as simple as staff thinking something was “fishy”.

Smash Con thanked RiotLettuce for reaching out and that was believed to be the end of it, until two hours later when the event decided to ban Osiris outright.

They really letting Osiris attend just saying don’t do it again.. lol. Be careful everyone pic.twitter.com/N7otTlE81P

Osiris has had a bad reputation in the Smash Bros scene. Most notably, there was an altercation between him and RiotLettuce in a bathroom at CEO 2019.

He later admitted to being “pretty merrily drunk”, but owned up to his actions in a Twitlonger post. 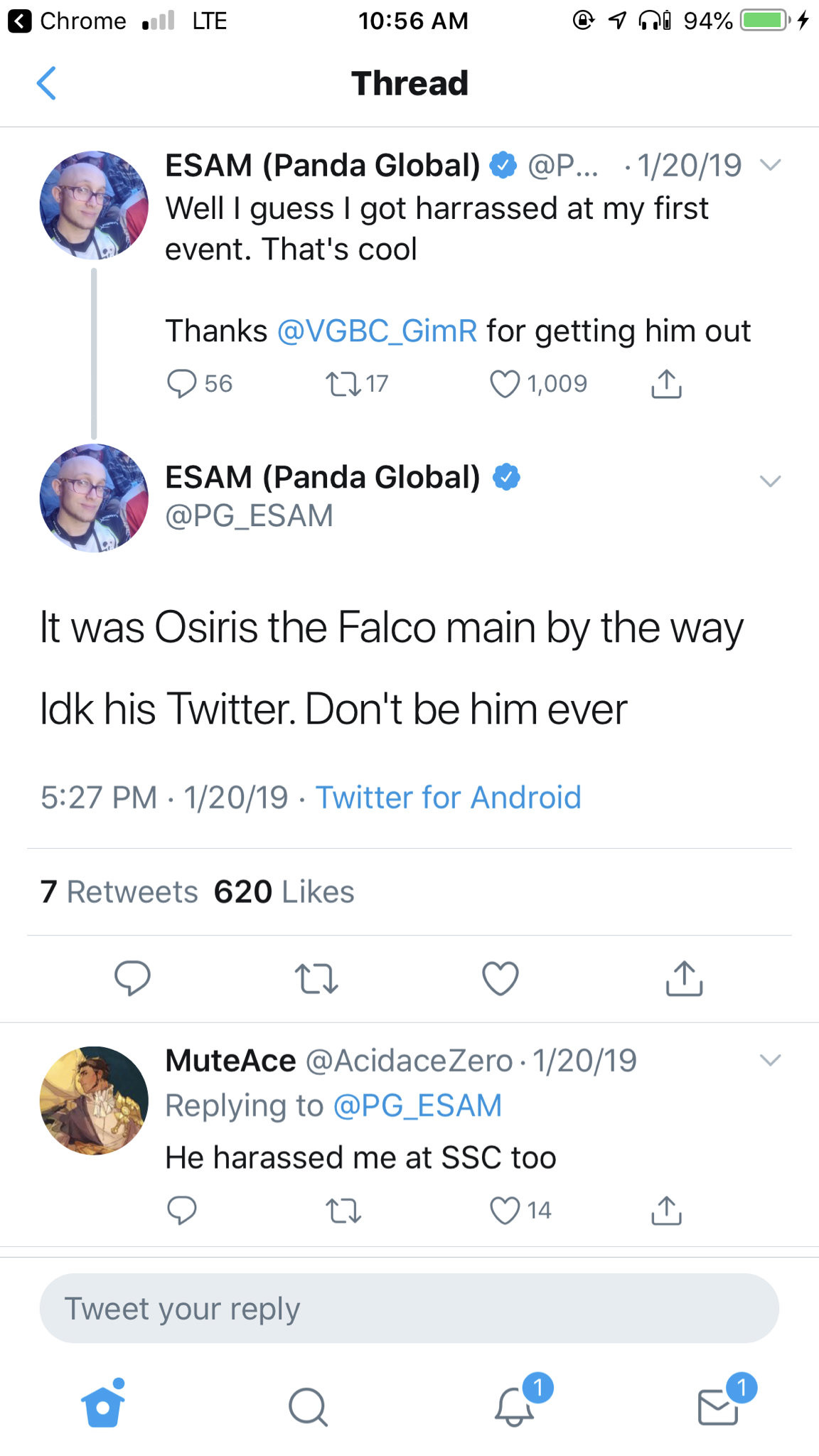 “I own up to my part and wrong-doings in all of this including throwing a punch or getting physical, the controller, the use of slurs, and so on, but really to stop this narrative being established that Riot didn’t instigate at all and I just punched him with no provocation, because that is completely untrue,” he wrote.

Osiris isn’t the only Smash player banned from competing at Super Smash Con. CaptainZack is also banned after he confessed to matchfixing by blackmailing former professional player Ally.

Additionally, Super Smash Con has announced they will be taking extra measures to ensure the safety of its players. All attendees will be going through metal detectors and will have their bags checked.