The managing director and CEO of online store ‘Gaming Gear Shop’ has been called out on Twitter for a series of posts which claim women are not successful in esports because “being attractive and intelligent don’t apply.”

Esports is still an industry largely dominated by men, but there has been a push in recent years to promote more female players, casters and behind the scenes staff within esports.

But, Joshua Forbes, the CEO of Gaming Gear Shop, says that because men are simply better at “instinct, muscle memory and initiative”, they are by default better at playing competitive games.

His comments were shared to Twitter by Poppy Ingham, who herself is involved in esports through work with tournament organizer Gfinity. 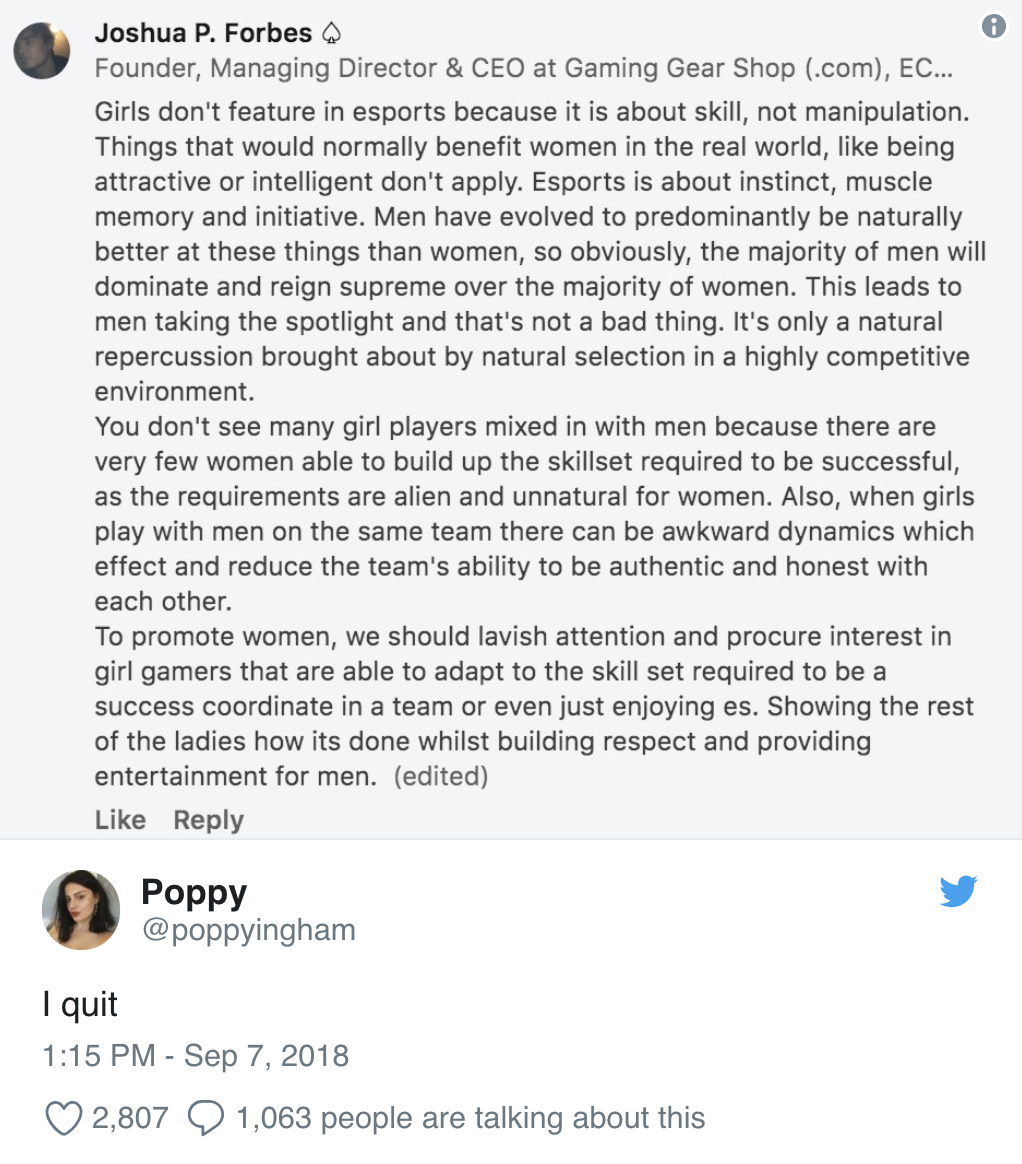 But the comments made by Forbes didn’t stop there, as another used shared another of his lengthy posts, which claimed:

“women are not as skilful as men, because they don’t have the attributes in order to accrue the required level of talent to compete at the very top level.”

He even goes on to give the example of stone age hunting with spears, and that because you would rather a group of men with spears go hunting than a group of women with babies, men must therefore be better at esports. 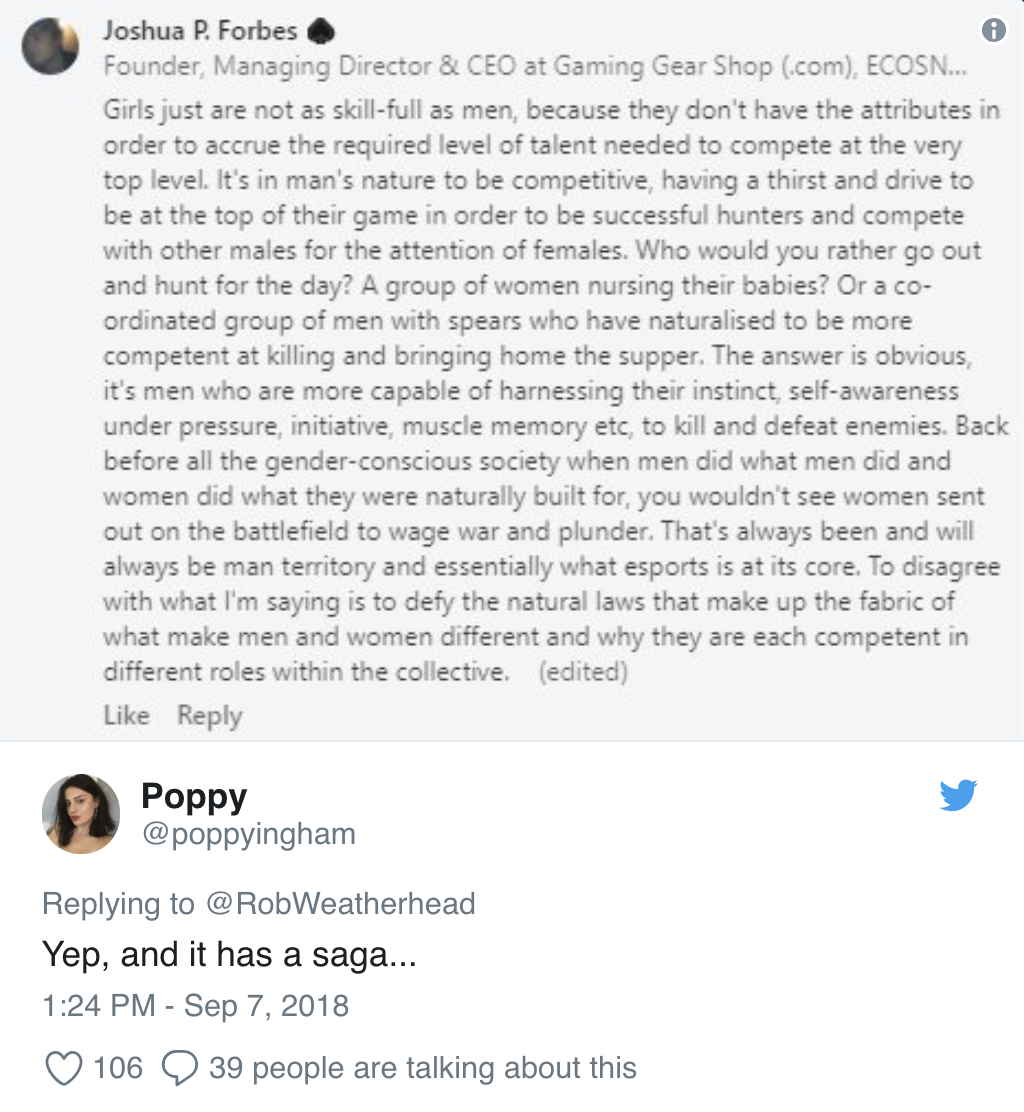 Unsurprisingly, others didn’t exactly agree with Forbes’ ideas around women in esports.

Recently, more female players have been getting involved with esports and also receiving a share of the spotlight, but it remains unbalanced in favor of men.

While it may be true that currently the very best players are male, many feel that this has more to do with lack of opportunity for women, rather than lack of skill.