The 2020 Esports Awards are upon us, meaning everyone from fans to industry vets can cast their vote for their favorite teams, brands, personalities, companies and more, to take home some hardware.

After a two-month voting period — during which fans cast their decisions “in the millions” — the finalists for the Industry categories have finally been revealed, and they’re stacked with top-tier experts, pros, and influencers vying for some of the Awards’ greatest acknowledgements.

Popularly hailed as the “Oscars” of esports, the Esports Awards has now revealed its finalists for such categories as Esports Journalist of the Year, Esports Game of the Year, and even Esports Coverage Website of the Year — a category we at Dexerto were nominated for!

Previously, the award organizers announced the various nominees to the Community awards, but have now revealed who will be going up for the Industry.

Industry finalists for the 2020 Esports Awards are:

Esports Journalist of the Year: 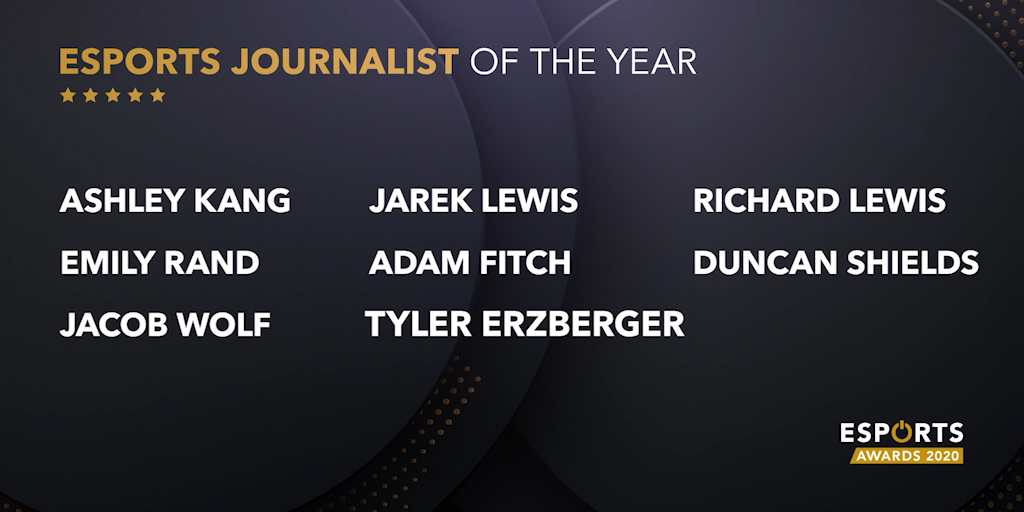 Esports Hardware Provider of the Year: 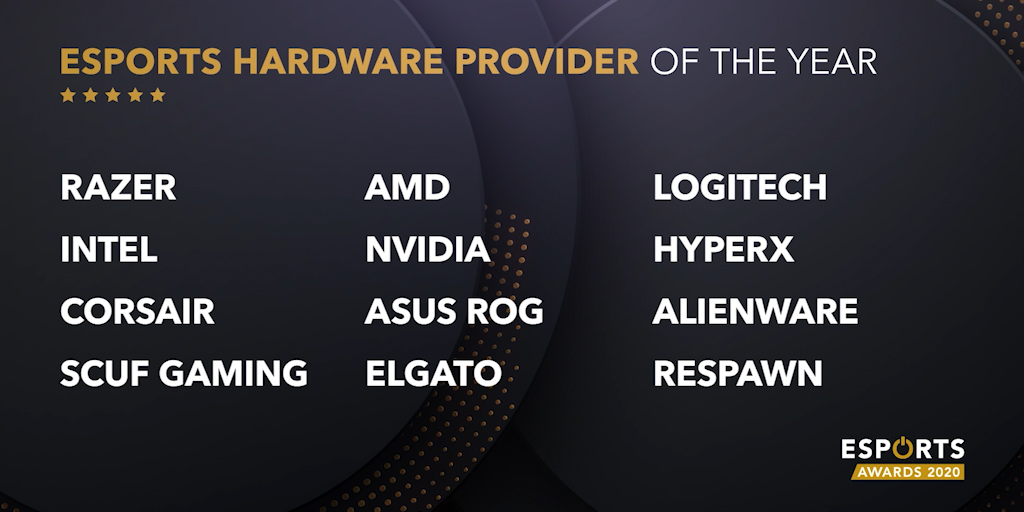 Esports Commercial Partner of the Year: 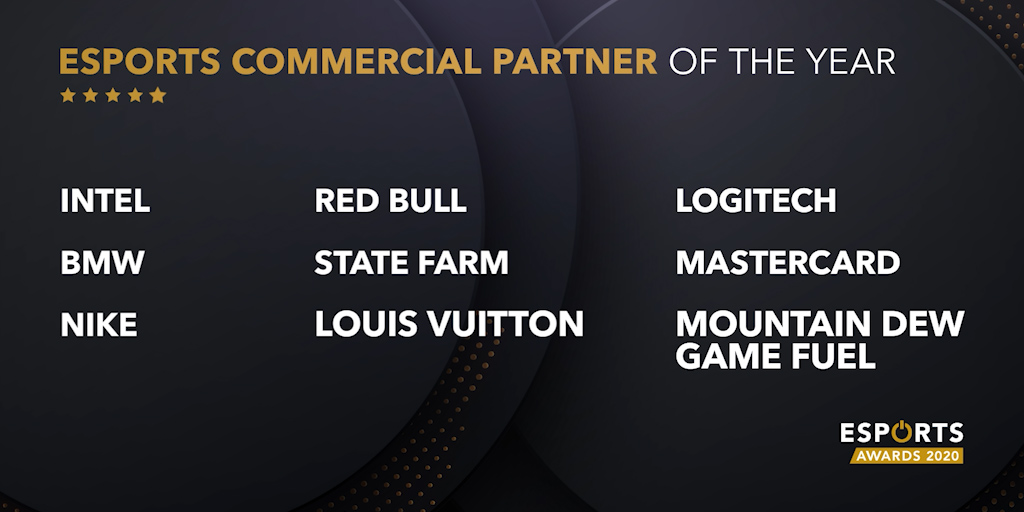 Esports Coverage Website of the Year in association with Sizzle Creative: 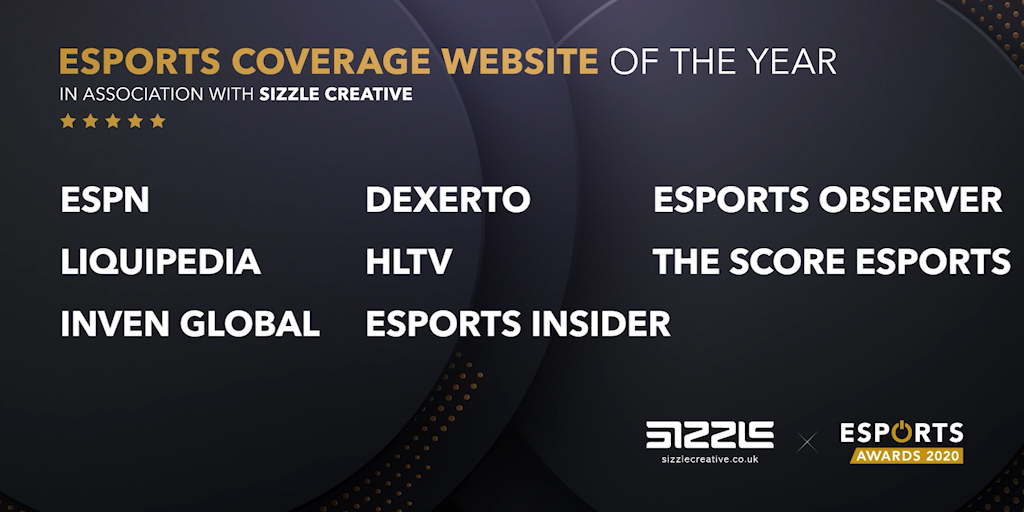 Esports Game of the Year in association with Koyo: 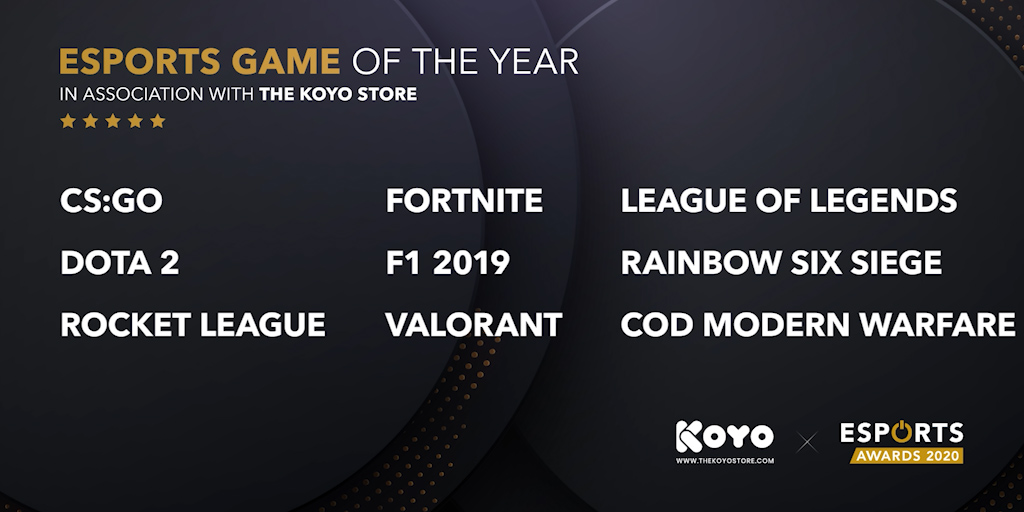 Esports Publisher of the Year: 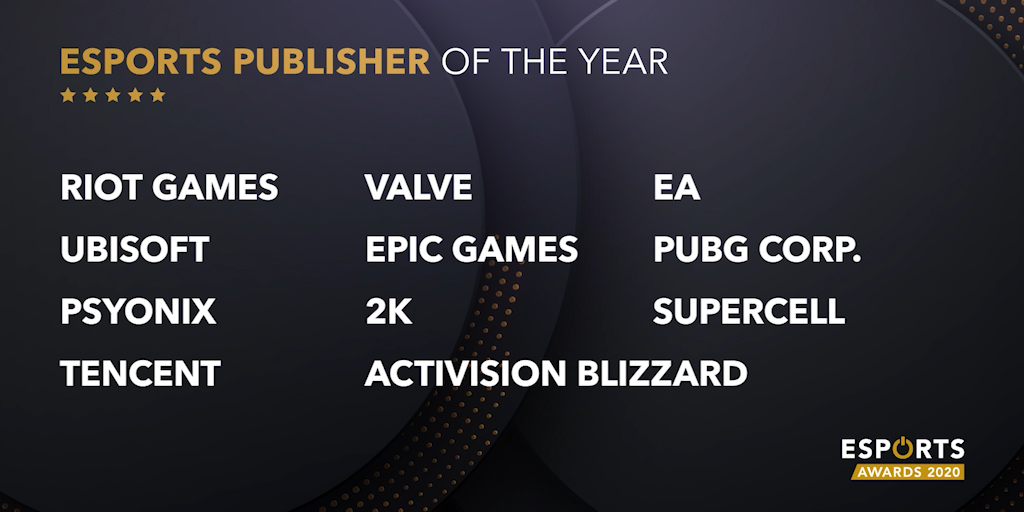 Esports Supporting Agency of the Year in association with Grind Gaming: 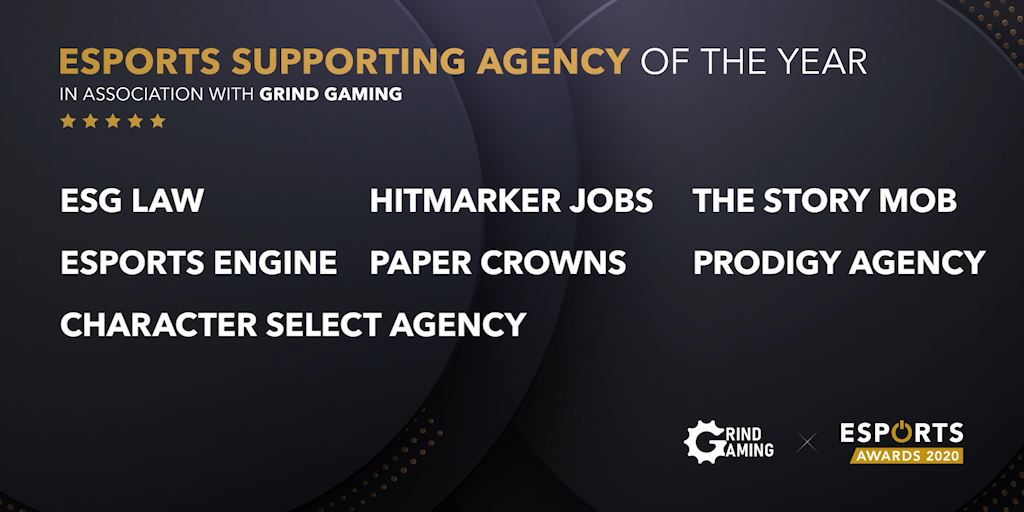 As a six-time EVO champion, one of the fighting game community’s — and competitive gaming, in general — greatest players, is the first to receive such an honor.

Make sure to stay tuned to see who will be nominated for the rest of the categories and vote here to cast your ballot for who deserves recognition in the 2020 Esports Awards Show.