Top YouTuber Lilly Singh, aka “Supawoman,” has made the jump from social media star to late night television host – but not everyone is impressed with her new show, one of whom is popular YouTuber Drew Gooden.

Singh debuted her show “A Little Late with Lilly Singh” in September, marking one of the biggest jumps to mainstream media that the YouTube community has seen thus far.

However, critics across the net are at odds with her role as a late night TV host, with some finding her jokes unfunny, and in Drew Gooden’s case, a veritable “trainwreck.”

Gooden, a popular YouTube video-essayist with over 1.7 million subscribers, dissected Lilly’s new show in a video on November 29, where he criticized Singh for telling the same jokes about race and gender over and over again.

“My standpoint is simply from a comedic angle – using the same joke over and over again shows a lack of creativity,” Gooden explained. “This is the same reason why a lot of people tend to not like Amy Schumer, because there’s very little variety in her material and it gets stale quickly.” 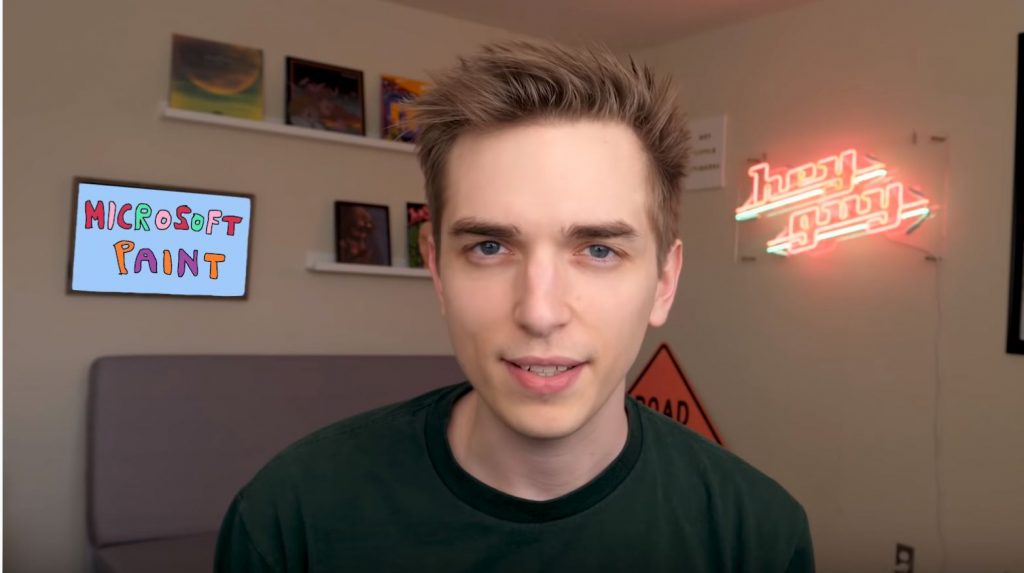 While Gooden congratulated Singh on being the first woman of color to host her very own late night show, he isn’t alone in his sentiments: he evidenced a slew of YouTube comments with the same issue, and even went on to point out that editors seemed to cut in “fake laughter” after her jokes for added effect.

“In addition to these problems with the audience, the show is overly scripted that it leaves no room for authenticity,” he continued. “The core of this show should be the celebrity interviews. It should be impossible to mess these up. And yet, they do.”

Gooden isn’t the only major YouTuber taking issue with Singh’s show and “over used” jokes about race and gender, either – YouTube king Felix “PewDiePie” Kjellberg likewise Tweeted about the matter on the same day.

“I’m so thankful whenever I’m reminded that NBC decided to put a bisexual woman of color as their host of a late late night show,” he wrote, adding a sarcastic smiley face.

I'm so thankful whenever I'm reminded that nbc decided to put a bisexual woman of colour as their host of a late late night show ?

While this wouldn’t be the first time Singh’s show has come under fire, the criticism follows a slew of other top YouTubers making their way out of the space, from KSI’s song breaking into the UK Top 10 and Logan Paul hoping for a career in professional fighting.