While waiting in the lobby for Minecraft Monday to start, popular Twitch star Félix ‘xQc‘ Lengyel delivered an epic speech for the ages to rally his team and audience before the Minecraft competition began.

Overwatch pro xQc is teaming up with m0xy for week 10 of KEEMSTAR’s Minecraft Monday on August 26. The ‘Hunger Games’ mode pits teams against each other in the sandbox title until the last squad left standing wins.

While waiting for the competition to begin, the Canadian streamer turned to his audience to give an epic speech that touched on everything from fate to the cosmos as he rallied his team into battle.

As the participants for Minecraft Monday waited in the lobby, xQc launched into a speech to pump his team and audience up: “You could be anywhere on earth. In anybody’s chat. Anywhere on Twitch. On any website.” 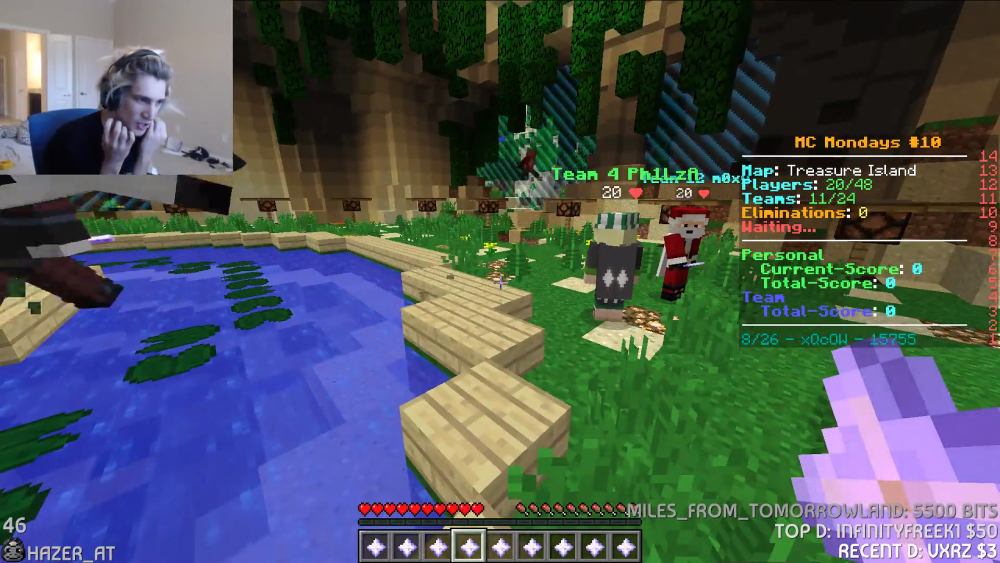 The Overwatch pro gave a passionate speech to his audience.[ad name=”article3″]

As the music swelled in the background, the Twitch star got deeply philosophical. “You’re a part of something bigger. Something greater. Something that thrives past our times. Something we don’t even understand yet, dude,” he ranted passionately.

But he didn’t stop there – the Canadian then said that they were making history together. “Some day were going into history books, boys and girls. Because today…” he paused, before slapping his hands together. “… Marks the day where m0xy and me take rank 1!”

The Overwatch pro’s epic speech built up to an equally epic climax when the Twitch star couldn’t remember what the prize pool actually was. “And win $5,000 dollars! Or is it 10?”

While the epic speech comically sizzled out at the end by confusing prize numbers, it seemed to hit his audience deep as his chat repeatedly posted “I was there PogU”.