xQc explains why he got kicked out of a TwitchCon party

Streamer Félix ‘TwitchCon 2019, but one party was abruptly cut short after mic’d up guard said the management was “done” with his poolside antics.

Twitch audiences and streamers alike mobbed San Diego for the three-day conference, where people from all corners of the streaming platform were able to mingle and meet. But after the festivities of the day are done, the spotlight dims for the various afterparties immediately preceding the daytime event.

It was here where a misunderstanding and a bit of a troll from Chance ‘Sodapoppin’ Morris quickly got xQc ousted from a pool party that left him with wet boxers under his pants. 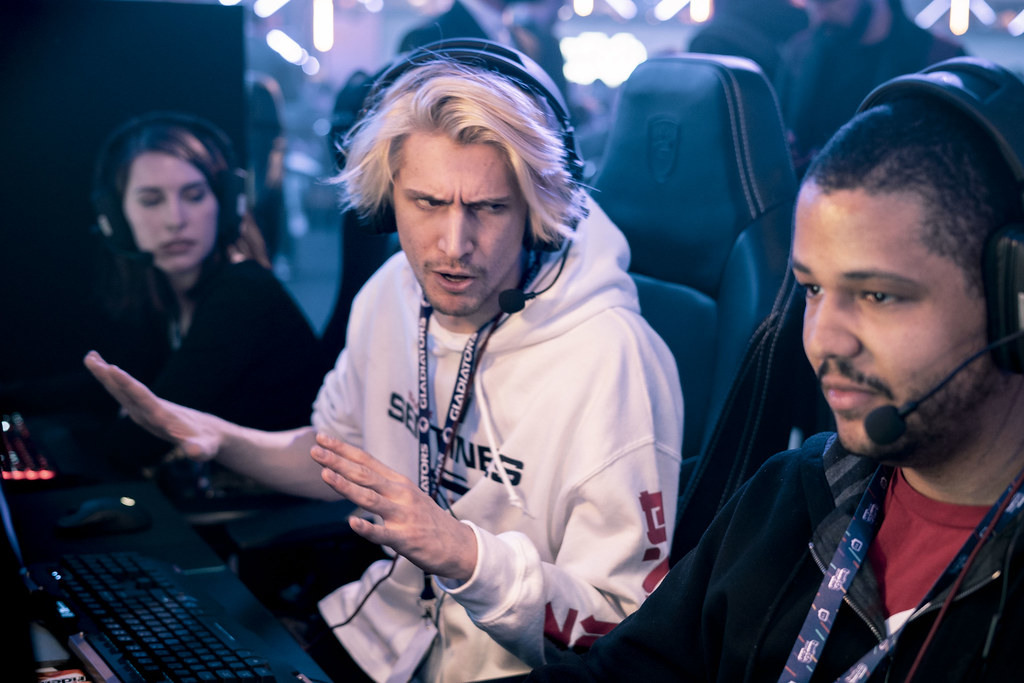 xQc’s time at one TwitchCon afterparty was hilariously cut short.

In his September 30 TwitchCon Recap, xQc recounted his time at the Corsair afterparty where he found himself in the company of Soda, Mizkif, and a sea of “boomers” dressed in more formal attire.

But the streamers decided the time was right to take a dip into the hottub, so they quickly dressed down to get ready to jump into the water.

During their dip, they realized their drinks were still far “in the crowd,” and xQc got nervous walking out of the pool in boxers while wet to retrieve the drinks. That’s when Soda decided to encourage his friend.

“I don’t know if I should do it man,” xQc recalled his anxiety as he retold the story. “I don’t want to go naked in front of all the boomers. But (Soda) said ‘dude, if you do it. I’m going it with you. I got you.’”

To xQc’s knowledge, Soda was going to accompany xQc as the two dripped their way through the crowd of “well-dressed people” for the drinks. But when the former Overwatch pro turned around to see that his friend was with him just to realize “Soda baited” him.

Already in too deep, xQc went forth to complete his mission while “wetting a bunch of people,” and was eventually successful in retrieving the drinks.

When he got back to the hottub, however, the group of friends were approached by a worker who simply told them it was time to get out and that their time was “done.”

Even though that was a slight damper to his weekend, it didn’t seem like the streamer was too bothered about getting kicked out of the TwitchCon party.