Popular streamers xQc and Tyler1 ran into each other at the 2019 TwitchCon event while the former was streaming, and the meeting went exactly as you might imagine.

Both known for their loud and hyper personalities while livestreaming, having the two of them in the same place, while on camera, was bound to be a meeting to remember.

Although the pair have rarely streamed or played games together, they have locked horns in the past, after tyler1 refused to play Blackout with xQc in October, prompting him to hurl insults back. 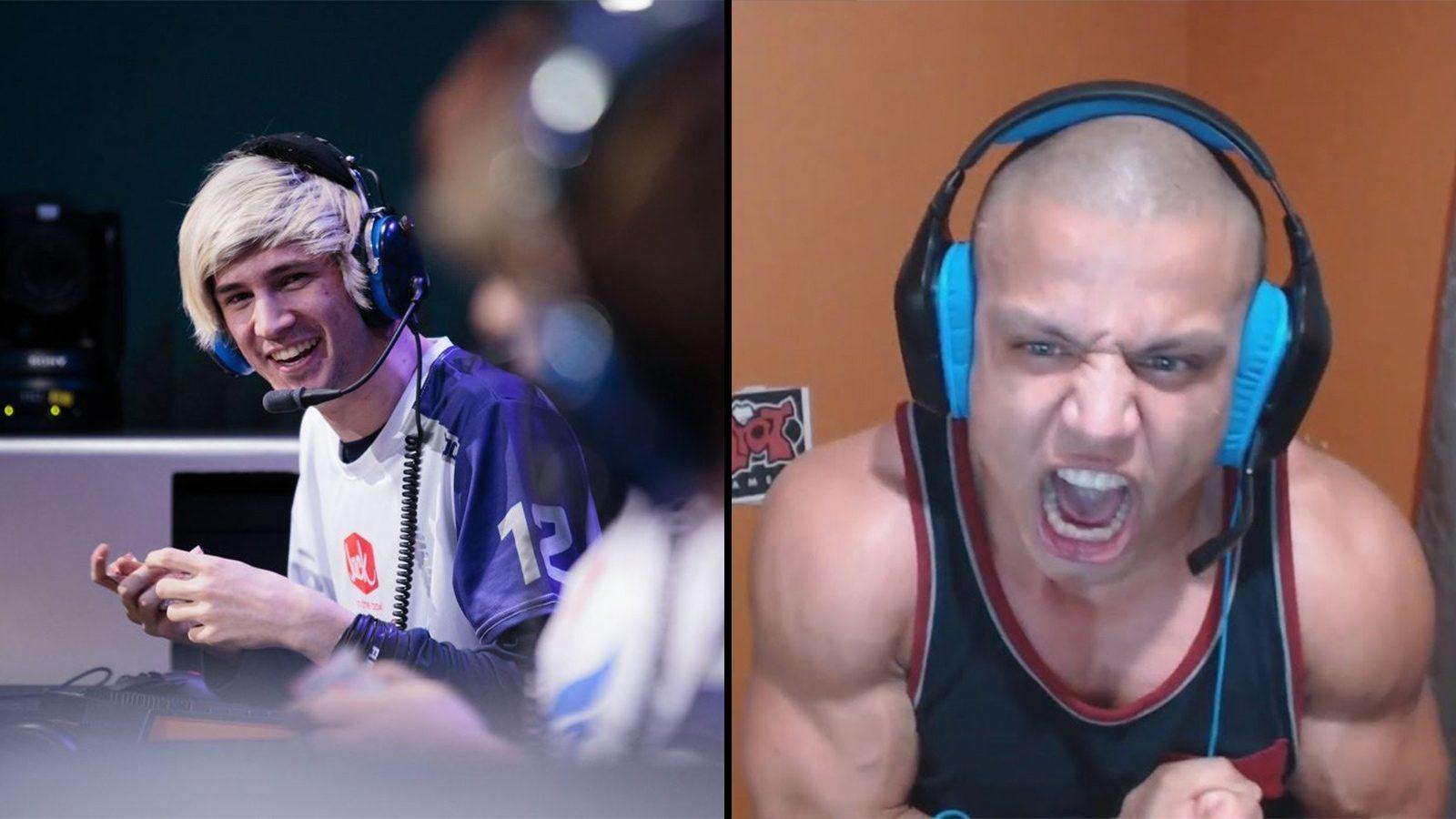 xQc is a former Overwatch professional, while tyler1 is best known for his League of Legends streams.

It was all in good fun though, and both streamers remain friendly, but their TwitchCon meeting unsurprisingly spiraled into insults about each other.

“How does it feel being the face of Twitch now?” xQc asked, mockingly, “This is a live interview now dude.”

Tyler1 had his response ready to go, “it’s not always easy when you’re this big, this tall, this strong. A lot of fans, a lot of temptations, I’ve got to keep this head on my shoulders, got to push through it xQc.”

“Is it hard work”, xQc asks, mocking tyler’s complaints about the difficulties of being a big name streamer.

“Is streaming hard work?” Tyler responded, “probably not what you do, because you just sit there and react to videos all day. But my work? Yes, it’s hard.”

Tyler1, perhaps growing bored of xQc’s questions, quickly made his escape, and the popular streamers went their separate ways.

Both are at the San Diego Convention center for TwitchCon 2019, where they will be among some of the biggest names on the platform in attendance.

Fans will arrive in droves to see their favorites, but fans at home can simply enjoy the action from home as xQc streams his travels around the venue. He has already met up with TSM Myth too, who performed his uncanny impression in real life.