Blizzard and many other developers have strict rules on account sharing; the practice can see a lot of unfair advantages or unintended results occur in-game. Account sharing can be a bannable offense in some instances, so players would be wise to steer clear of the infraction.

As Twitch broadcasters are starting to take their WoW Classic adventures off-stream, fans are noticing discrepancies in their levels from one VOD to the next. This might be the case for Jones and his his 400,00+ followers on Twitch. 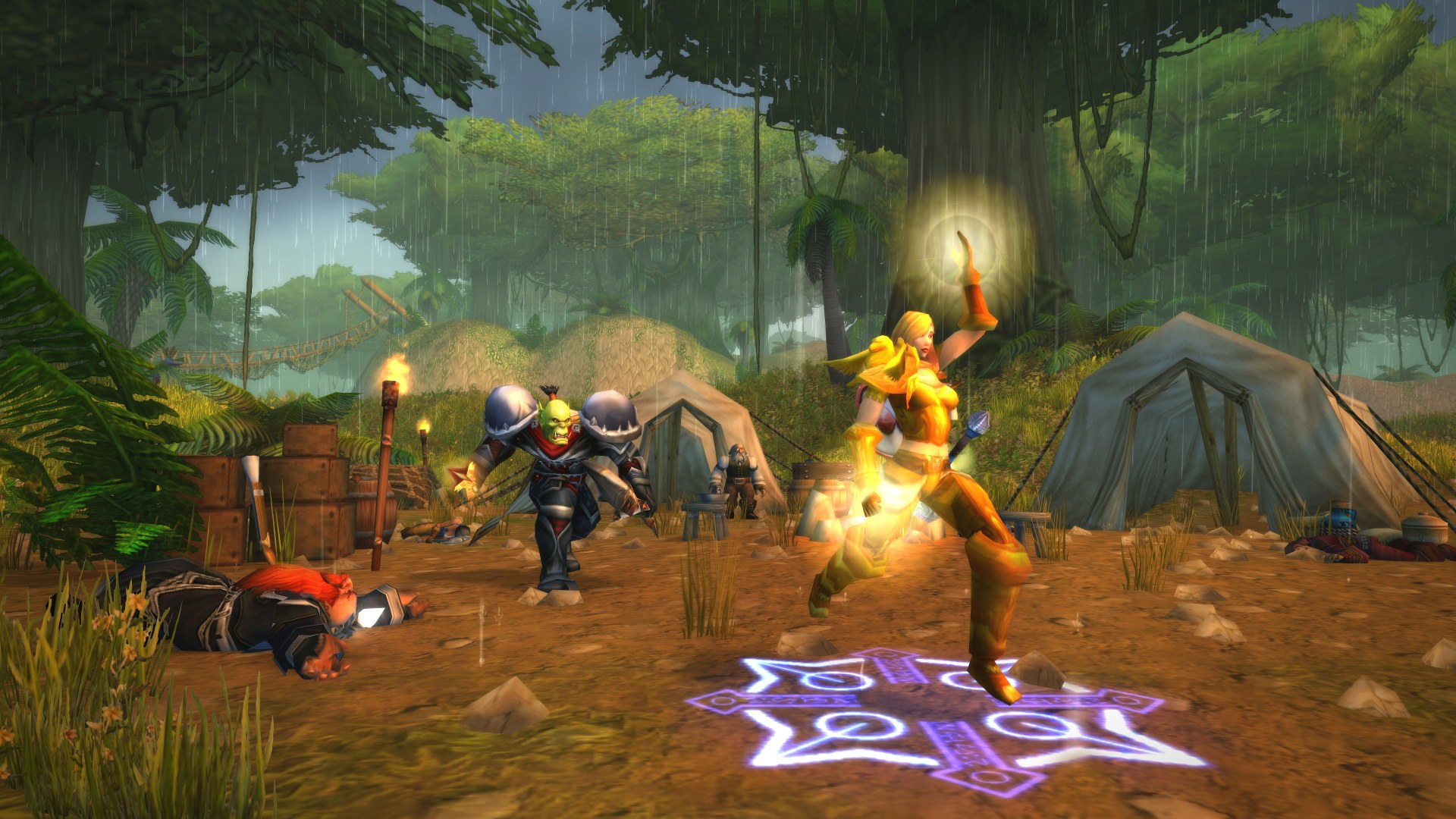 During his September 6 stream, Jones stepped into the world of Azeroth and mentioned how much he’s been loving WoW Classic. But his attempt to shut down trolls accusing him of account sharing didn’t go so well.

“I’ve actually been playing off-stream,” Jones said. “Maybe I had an honorable friend help me out a little bit, but other than that I’ve been doing most of the work myself. Sometimes when I pass out, I’ll watch (my friend) play a little bit. It is what it is.”

The popular streamer made sure to note his innocence due to the close proximity he maintains on the occasions when the friend is playing on his account: “But it’s not account sharing because I’m right next to him.”

But then he made a hilarious blunder when explaining how it wouldn’t be such a big deal for Blizzard if they should find out.

“You think Blizzard is going to come into my house be like ‘You can’t have him play while you’re sleeping,’” Jones said. “And I’ll be like ‘what do you mean, why not? He’s my friend and we share an account.’”

He immediately shut down the conversation, and joked saying if he got permabanned he’d just make another account and “pay some Russians to level it.”

Moments later, a viewer bringing up IP bans seemed to change Jones’ tune as he instantly retreated to saying he was joking about everything all along.

It sounds like Jones is really enjoying his time with WoW Classic, so he might want to be more vigilant and make sure he’s the only one playing on his account.