Why T-Series will eventually win the YouTube race against PewDiePie

Felix ‘PewDiePie’ Kjellberg is currently ahead in the epic YouTube subscriber battle against Indian Music label T-Series, but according to demographics, he probably can’t keep his lead forever.

The Swedish YouTube kingpin has been doing everything he can come up with to continue to hold the top spot, getting help from both Tesla’s CEO Elon Musk and fellow YouTube star MrBeast, who have both appeared as guest hosts for his weekly Meme Review videos.

But, all of Pewd’s valiant efforts may be in vain against what’s looking to be the unstoppable internet force that is T-Series, thanks in part to the company’s huge fan base. 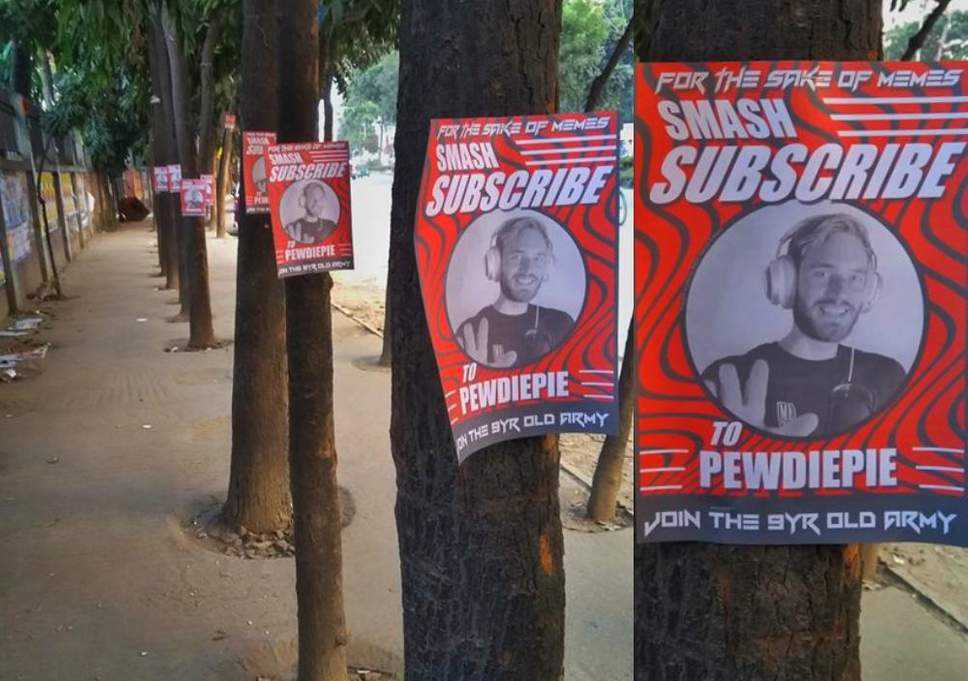 Support for the Swedish YouTuber has come in from across the globe, like these posters from Malaysia, despite PewDiePie not realizing it was a country.
[ad name=”article2″]

T-Series was founded in the 1980s as a cassette tape company, and after becoming one of India’s biggest music entities in the 1990s, they began posting their catalog of Indian music videos and trailers to YouTube in late 2010.

But T-Series wouldn’t start blowing up until 2016, the same year that telecommunications conglomerate Reliance Industries set up the country’s first nationwide 4G network. The new technology provided millions of Indians access to the internet at an affordable cost.

With the addition of ever more affordable smartphones in recent years, the number of people connecting to the internet will only continue to increase. As they head online, they’re likely to seek out music they enjoy, which T-Series provides in abundance.

“As more and more of India came along, video became the way that they were interacting with the internet,” Gautam Anand, the managing director of YouTube’s Asian branch, told the New York Times in an interview. “Even if you’re not literate, you still enjoy watching video.”

Now, T-Series is host to some of India’s most popular artists, for example the music video for Indian pop star Guru Randhawa’s song “Lahore” has over 690 million views at the time of writing.

T-Series success could just be the beginning of a new Indian online content gold rush.

According to Bain & Company, a global management consulting firm, as of November 2018 only 34 percent of India’s 1.35 billion people are currently online regularly, compared with 89 percent of Americans.

PewDiePie has fought a good fight, but changing online demographics seem to indicate that the Indian label taking his top spot isn’t a matter of if, but when.