Who is David Dobrik? How a Vine star became YouTube’s biggest vlogger

David Dobrik is one of the most popular vloggers on YouTube, hitting close to 15 million subscribers in 2019, and taking social media by storm. Here’s the story on how the Slovakia-born immigrant made the jump from Vine to become one of the most influential vloggers in the world.

The 23-year-old YouTube star was born in 1996 in Kosice, Slovakia – the second largest city in the Central European country. His family would end up immigrating to the United States at the early age of six, where he grew up in Chicago, Illinois.

It wasn’t until he joined Vine – a six second video hosting app – in 2013, that he started to get noticed as his comedic sketches quickly proved popular, before joining YouTube in 2015.

The popular personality has a fascinating career that has seen him take on acting in Hollywood, hosting a popular podcast, and now becoming one of the top vloggers all in the span of six years. Here is the story of David Dobrik. 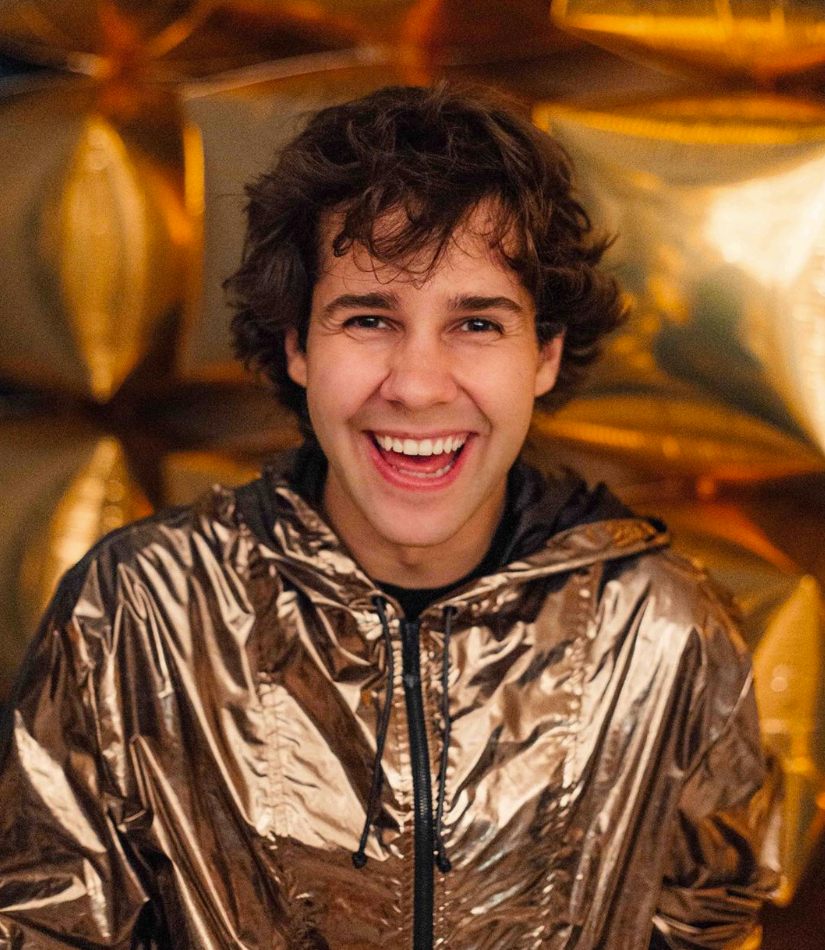 The Slovakia-born YouTuber is one of the most popular vloggers in the world.

Dobrik began his entertainment career on Vine, which was a video hosting service launched by Twitter in 2013, and focused on six-second video clips. The 17 year old uploaded his first video in April of that year.

His quick-witted comedy sketches and pranks resonated with viewers on the emerging platform. Just about a year into making videos, the future YouTube star already amassed over 120,000 followers by 2014, and eventually hit 1.5 million by 2015.

Looking back on his Vine career in 2016, the popular vlogger reacted to one of his viral clips and recalled, “Right after posting that Vine, I hit one hundred thousand followers. And then everything changed” he said.

Due to him gaining popularity, he moved to Los Angeles and began to collaborate with other future stars such as Liza Koshy, Gabbie Hanna, and Jason Nash. However, Dobrik would move over to YouTube in 2015 – a year before Vine shut down.

The former Vine star uploaded his first video on his YouTube account in 2015, where he brought over his comedy sketches, and pranks. However, the longer video format allowed him to vlog – which proved to be wildly popular with his audience.

HIs videos would focus on a day in his life with his friends, such as the viral April 2017 upload that documented the vlogger cutting his hand while throwing wine bottles, which landed him in the emergency room as he needed stitches.

While his earlier videos hit millions of views, it wasn’t until 2017 that he really started to take off. His consistent uploads, and recurring featured friends in his videos became known as the “vlog squad.”

Many of his popular vlogs would feature Gabbie Hanna, as well as his girlfriend – comedian Liza Koshy. Although, the two had a public break up in 2018 which they announced in a video on his YouTube channel that garnered 50 million views.

The life of David Dobrik

The YouTube star has revealed in the past that he is not a legal US citizen, and due to being allowed to stay under DACA (Deferred Action for Child Arrivals), he is unable to leave the states to visit other countries without losing his right to stay.

In an interview with GQ on November 12, he opened up more about his immigration situation. “I can’t leave because I’m protected by DACA, I can go right now but I can’t come back,” he said. “I can’t re-enter the country for, like, another 10 years if I leave the country. So I’m not a citizen. I don’t have a visa.”

The vlogger isn’t just popular on YouTube, but has also built a huge following on his Instagram with over 9.5 million followers, and over 4 million on Twitter as people tune in to watch his over-the-top lifestyle.

One of his viral tweets showed the YouTuber’s Tesla getting smashed into by his friend’s scooter after things went horribly wrong. The tweet has been viewed over 1.6 million times as of the time of this article.

I caught my first car accident on camera pic.twitter.com/8IwwlyCxzf

Dobrik’s popularity continues to expand at a rapid rate. According to stat tracker Social Blade, the vlogger went from 2 million subscribers in 2016 to 5 million by 2018.

However the vlogger’s popularity shows no signs of slowing down, as he impressively hit 15 million subs by November of 2019 – close to 10 million new people tuning into his uploads in under a year.

The YouTuber has become incredibly influential, and was named the top social media star at the ‘People’s Choice Awards’ in 2019, and was listed as one of the top most powerful young people in Hollywood in Variety magazine.

Reacting to the win, the popular vlogger celebrated on Twitter. “I WON A PEOPLES CHOICE AWARD AND this is crazy. I mean like seriously,” he said. “You guys have showed my friends and I so much love, and I don’t think anything will ever top that.”

I WON A PEOPLES CHOICE AWARD AND this is crazy. I mean like seriously. You guys have showed my friends and I so much love and I don’t think anything will ever top that and I don’t think we’ll ever be able to say thank you enough. So here’s the first of many! THANK YOU ? pic.twitter.com/PV3BatjcMP

The future of his channel

In 2019 Dobrik and longtime friend Jason Nash created a laid back podcast called ‘Views’, where the two YouTubers discuss various topics. The podcast has already gained 500,000 subscribers in under a year.

The YouTuber also landed a voice-acting role in the hit children’s animation film Angry Birds 2, which came out in August 2019, and pulled in over $145 million USD worldwide.

Welcome to the #AngryBirdsMovie2 family, @DavidDobrik! ? Get ready to meet AXEL in the new trailer TOMORROW.

While it remains to be seen what the future holds for the vlogger, it is undeniable that he’s had an insane influence on the YouTube platform, as his quick-cut style has become the norm, and has helped popularize the vlogging movement.

David Dobrik is having the best year of his career in 2019, as millions continue to be fascinated with the charming vlogger that came from another country, and built up an empire by the age of 23.