What is spoofing? ICE_POSEIDON apparently victim of serious ID hoax

Popular IRL streamer Paul ‘ICE_POSEIDON‘ Denino has apparently been the target of a ‘spoofing’, causing the FBI to raid his Los Angeles home and confiscate electronics. If you don’t know what a spoofing is, here’s what you need to know.

A spoofing ‘attack’ typically involves the use of technology to impersonate or “masquerade” as something or someone else, and then use that impersonation either for monetary or informational gain, or, in the case of ICE_POSEIDON, to carry out a dangerous hoax.

Many streamers have fallen victim to ‘SWATting’, including Denino himself, but spoofing is perhaps a step further, as it is reported that FBI believed ICE_POSEIDON had been making bomb threats, after the spoofer impersonated his phone number to make the calls. 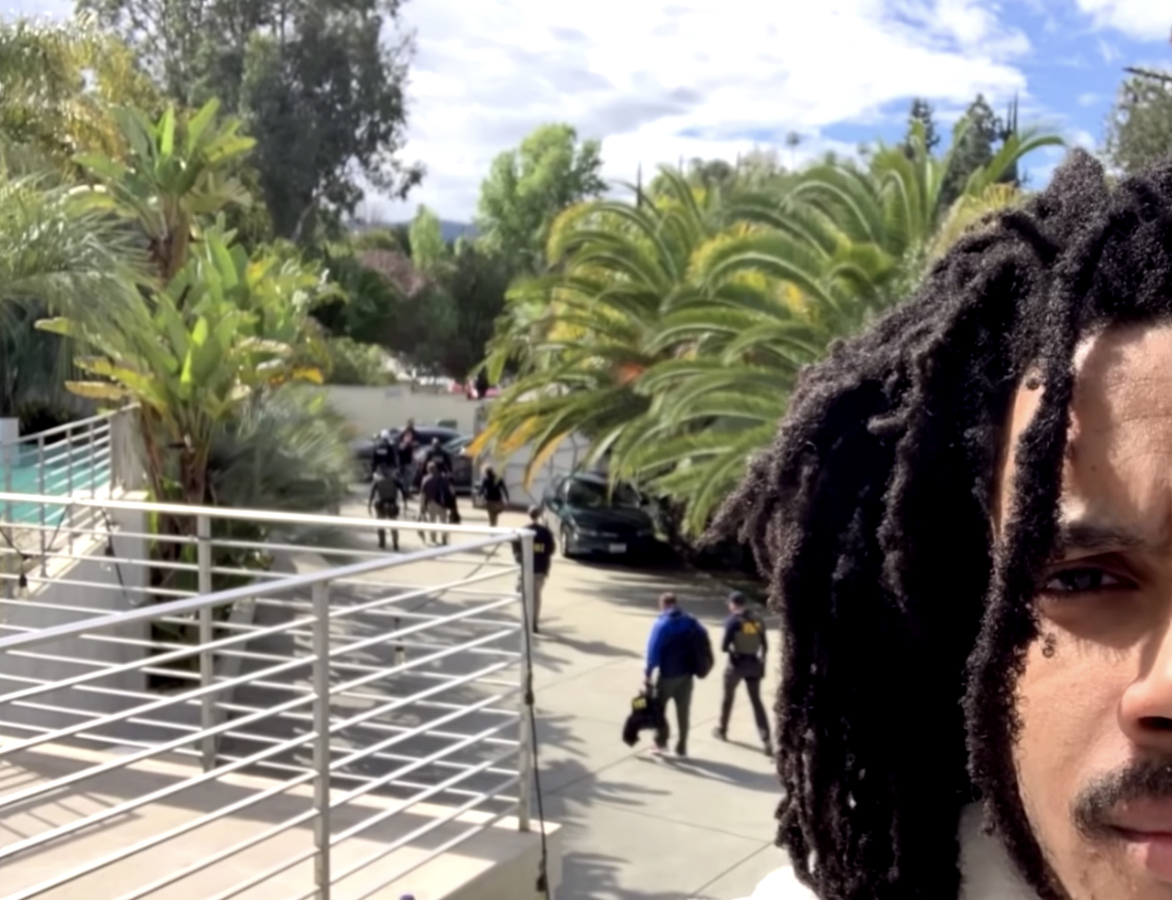 The scene outside ICE_POSEIDON’s home on March 20.

Known as Caller ID spoofing, it is one of the most common forms of spoofing attacks. Caller ID spoofing is actually legal in the United States, unless it is done “with the intent to defraud, cause harm, or wrongfully obtain anything of value”.

It appears Denino’s phone number was ‘spoofed’, potentially by one of his fans, and then used to make fake bomb threats, prompting the response from authorities.

On March 20, the FBI raided ICE_POSEIDON’s home, which is also home to a number of other YouTuber’s and streamers, in what was said to be a five hour long operation. Denino himself didn’t go into any details in his only social media post that day.

cant exactly go live today something has come up, i apologize but i might be going somewhere soon

The fake bomb threats alone will be enough for the ‘spoofer’ to be criminally investigated, not to mention his illegal use of Call ID spoofing.

However, the law on spoofing attacks is not necessarily the same in all jurisdictions, meaning that if this individual was not based in the United States, legal action could become more tricky.

It was originally believed that the reason for the raid was Denino’s apparent admission that he was running a ‘Ponzi’ scheme, but reports of the spoofing attack would be a more logical explanation for the FBI’s show of force.