What is Flip Day on TikTok and Triller? - Dexerto
Entertainment

What is Flip Day on TikTok and Triller?

Fans of popular TikTok stars like Charli D’Amelio and Noah Beck are being left hanging after influencers continue to post half a TikTok for ‘Flip Day’ where they encourage their followers to check out TikTok rival Triller.

The future of TikTok has been consistently uncertain throughout 2020, after the President of the United States signed an Executive Order to ban Bytedance, TikTok’s owners, from doing business within the country.

While the ban is yet to be implemented for the time being, the future of TikTok in the US hangs in the balance, and in the chaos various stars began prepping a fall back plan for if they were unable to produce content on their main platform.

That’s where Triller comes in. Triller is extraordinarily similar to TikTok with regard to the endless scrolling, portrait, short video format. The company also seems to be aiming to promote the use of music in the app, in much the same way that TikTok has benefited from the popularity surrounding viral sounds.

Back when the ban was first looming, stars like Charli D’Amelio encouraged their fans to follow their account on Triller, presumably as a failsafe if TikTok were suddenly to be banned.

While the ban is not currently as big of an issue as it once was, many stars continue to develop their relationship with Triller, and this has culminated in a trend called “Flip Day.”

The premise is that TikTok stars will post the first half of a TikTok style video teasing an ending that people will want to see, before abruptly cutting the video at a crucial moment and showing a message that reads “happy Flip Day! To watch the rest of the video go look at my Triller.” 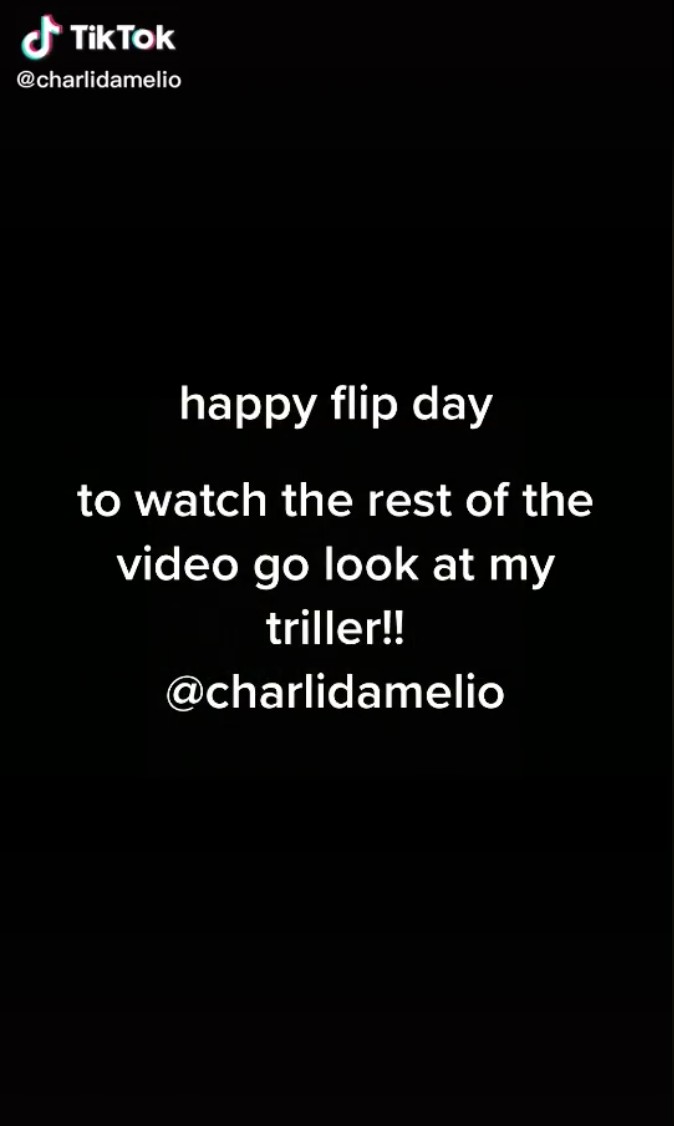 This has been continuing for several weeks, with Charli D’Amelio most recently posting half of a dance video, and Noah Beck participating in the timewarp filter trend. Many fans didn’t seem to be receptive to it however, with comments like “we’re not going to Triller, Char,” and “she probably got paid 50k for this” getting thousands of likes.

@noahbeckgo follow my triller @ noah beck for the rest of the video!! ##triller ##nationalflipday ##flipday LMAOO i was so focused♬ original sound – noah beck

And it’s not the first time Charli has been in hot water for promoting her Triller, as back in October she claimed she would do the viral WAP dance over on her Triller, but did the worm instead, leading to mixed reactions.

Whether these stars will make the full shift over to Triller likely depends on the outcome of the Bytedance lawsuit, but for the time being, Flip Day seems to be here to stay.