A prominent member of David Dobrik’s Vlog squad, Jeff Wittek, has spoken out about the James Charles situation after featuring in a number of compilation videos where the makeup guru hit on straight guys.

Tati Westbrook’s video on James Charles was released on May 10, and featured a number of accusations against the openly gay 19 year old, which included claims that he had attempted to manipulate straight men into having sex with him.

After Tati’s video went live, over a million people unsubscribed from James Charles’ channel in just over 24 hours and the media went into overdrive reporting about the allegations. Despite releasing an apology video, the numbers on James’ channel continued to plummet after losing a record breaking 2.7 million subs in five days. His video was also disliked into the top 10 disliked videos of all time.

Jeff Wittek is one of the newest members of David Dobrik’s ‘Vlog Squad’, a group of prominent YouTubers who feature in the highly popular 4 minute 20 second videos.

The New Jersey native is often referred to as the ‘best looking’ in the group and it appeared James Charles agreed with that when they met up for a number of video collaborations. 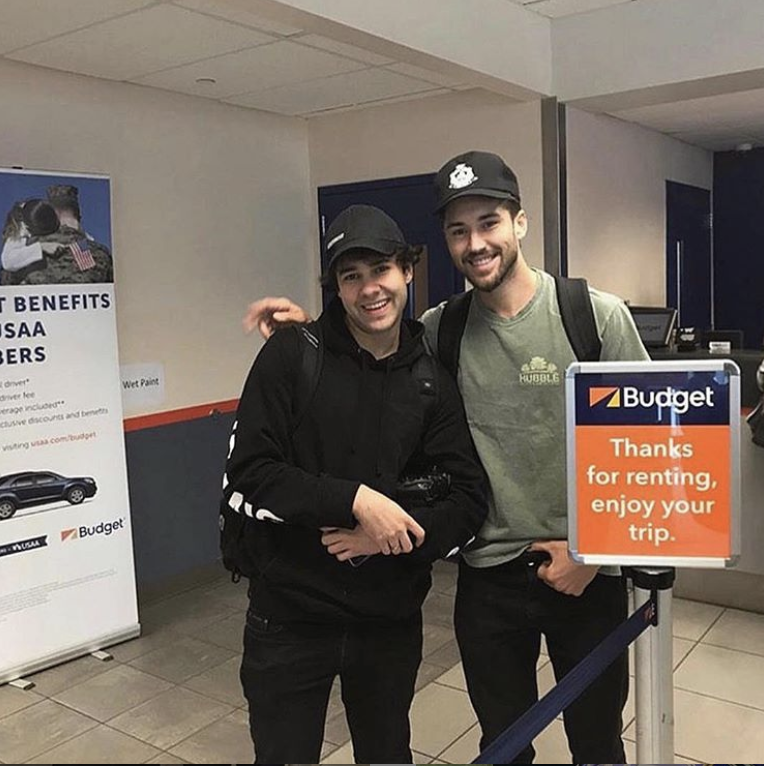 During the making of those videos, James Charles was openly flirtatious towards Jeff, which prompted at the time a slew of comments that the two should date, despite Jeff stating that he was straight.

Following the scandal created due to Tati Westbrook’s video, Jeff Wittek has now spoken out about the situation on his podcast, The Skotcast, and has defended James over his involvement in the allegations.

“For a while it was annoying people saying ‘date James, date James’. I did a collaboration with James, and all the people at home they want to comment to say ‘date James’ and then something goes wrong with him and now everybody is saying I need to unfollow James.

I don’t need to do shit, just like when I collaborated with him and he said some things that were a little flirty, and I was like ‘hey man not gay, let’s move on’. And then he was like ok, we’ll move on, let’s do a video and we talked about it in the video and that was the end of the story. So people saying that he was using his fame and power to manipulate people to have sex with him, if you just say no then it’s over with. What’s the big deal? Why is he having a big cancel party? I don’t get it.”

Jeff, his co-host Todd and guest, Jason Nash, go on to discuss how people are quick to celebrate the downfall of a personality when someone goes wrong, comparing it to a TV show rather than someone’s real life.

At the time of writing the article, James Charles has lost over 2.7 million subscribers on YouTube, and since posting his explanation video on May 10, has remained radio silent across all social media.