Jaryd ‘summit1g‘ Lazar couldn’t believe his eyes after receiving an early Christmas present from one of his fans, but his Twitch viewers were sent into raptures of laughter when he eventually opened it up.

The streamer has been entertaining his audience on the live streaming platform all year by mixing up the games he plays, switching between Grand Theft Auto RP, Apex Legends, Sea of Thieves, and many other popular titles.

However, the gift actually brought back memories of what could be summit1g’s most angry moment on stream, while he was playing multiplayer survival game H1Z1. 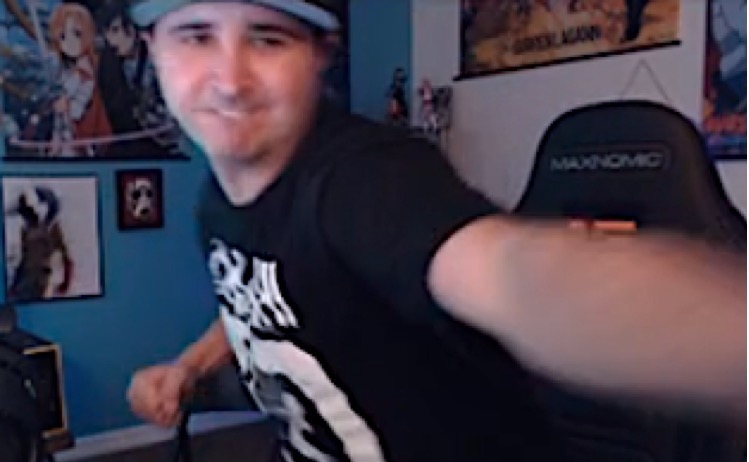 Summit1g lost his temper playing H1Z1 in the past and some fans won’t let him forget it.

While this might be a title he hasn’t played on Twitch for quite some time, fans of the streamer will never forget the time he punched his PC monitor after being eliminated in the game.

During a broadcast on December 21, summit decided to have a try of Digital Extremes’ Warframe game, which was initially released back in 2013. After playing through it for a number of hours, he received a notification. It said: “Operator, messages have arrived in your inbox.”

One user called Krudei had spammed the gift section a little, leading the streamer to avoid showing off any more of those, but when it came to a present from Zemaus, the former CSGO player opened one up.

The note that came with the gift stated: “I’m going offline guys,” but what was inside was much funnier indeed.

He also couldn’t stop laughing for a few moments as it was revealed that his early Christmas present was actually an Ash Agile Animation Set, with the featured stance perfectly replicating the punch he threw in his H1Z1 rage.

Clearly seeing the funny side of the situation, summit chuckled: “Goddamnit.” Members of the chat, as you would expect, couldn’t help but laugh along as well.

That wasn’t the only gift he received though, as seen above, and eventually, he moved onto a few others in this box opening segment – but nothing was as funny as the first. It’s fair to say that this fan caught him off-guard.