Update, April 25 – 9:17AM EST: Team Liquid CEO Steve Arhancet says the team reached out to Twitch to remove the ban and get an apology.

I’ve listened to the clip with TFBlade over 20 times now, it’s clear to me he’s saying idiots. We are reaching out to twitch to remove the ban and seek an apology for the misunderstanding. If this happens, we hope TFBlade accepts and we all move on.

Update, April 24 – 6:45AM EST: TF Blade has now had the suspension reduced from 30 days to seven days, as Twitch uphold their belief that he used the n-word, whereas he claims he used the word ‘idiot’.

Twitch streamer ‘TFBlade’ received a 30-day ban from the platform for reportedly saying the “n-word”, leading to an outcry of confusion.

Twitch has strict community guidelines in place, and can enforce bans of varying lengths, depending on past breaches or the severity of the incident, but on this occasion, the streamer argues that they were misheard entirely, leading to their ban.

TF Blade, a popular League of Legends player signed to Team Liquid, was streaming on Twitch when he suddenly received a ban for supposedly saying the “n-word,” something he doesn’t agree with. 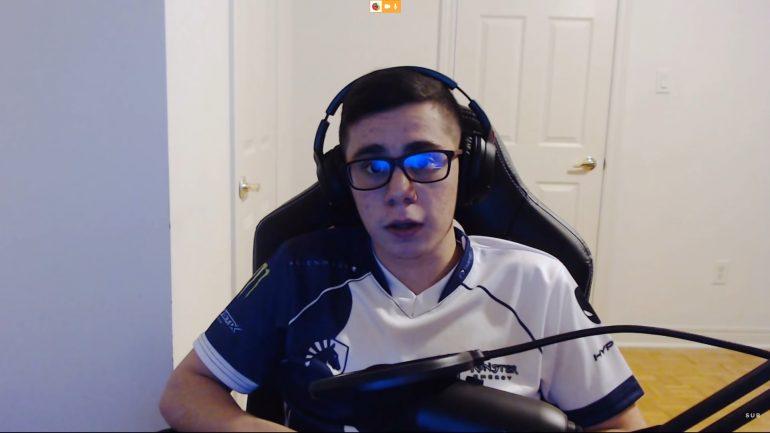 TF Blade is a substitute top laner for Team Liquid, but is best known as a streamer.

Twitch bans can strike without warning and can actually happen while you are live.

Apparently, Blade’s account was suspended for 30 days without warning, and his appeal against the ban was unsuccessful, although the suspension was reduced to seven days.

I actually just got suspended on twitch for something I never said but twitch missheard and assumed I did. LMAO

Did he say the n-word?

The clip which Twitch is suspending Blade for has caused debate. While some listeners believe they can hear the racial slur, others, including Blade himself, contest that he actually just used the word ‘idiots’.

Generally, people are siding with Blade, and arguing that although his accent and slight mumble make it difficult, it certainly sounds more like ‘idiots’ than any slur. There is an audible -ts sound at the end of the phrase.

Nevertheless, Twitch concluded he uttered a racial slur and he received a 30-day ban for it.

Update, April 24 – 6:45AM EST: TF Blade’s ban has been reduced to seven days, after an otherwise unsuccessful appeal.

TF Blade shared the correspondence he had with Twitch, which claims that the review team ‘objectively’ heard the n-word being used. 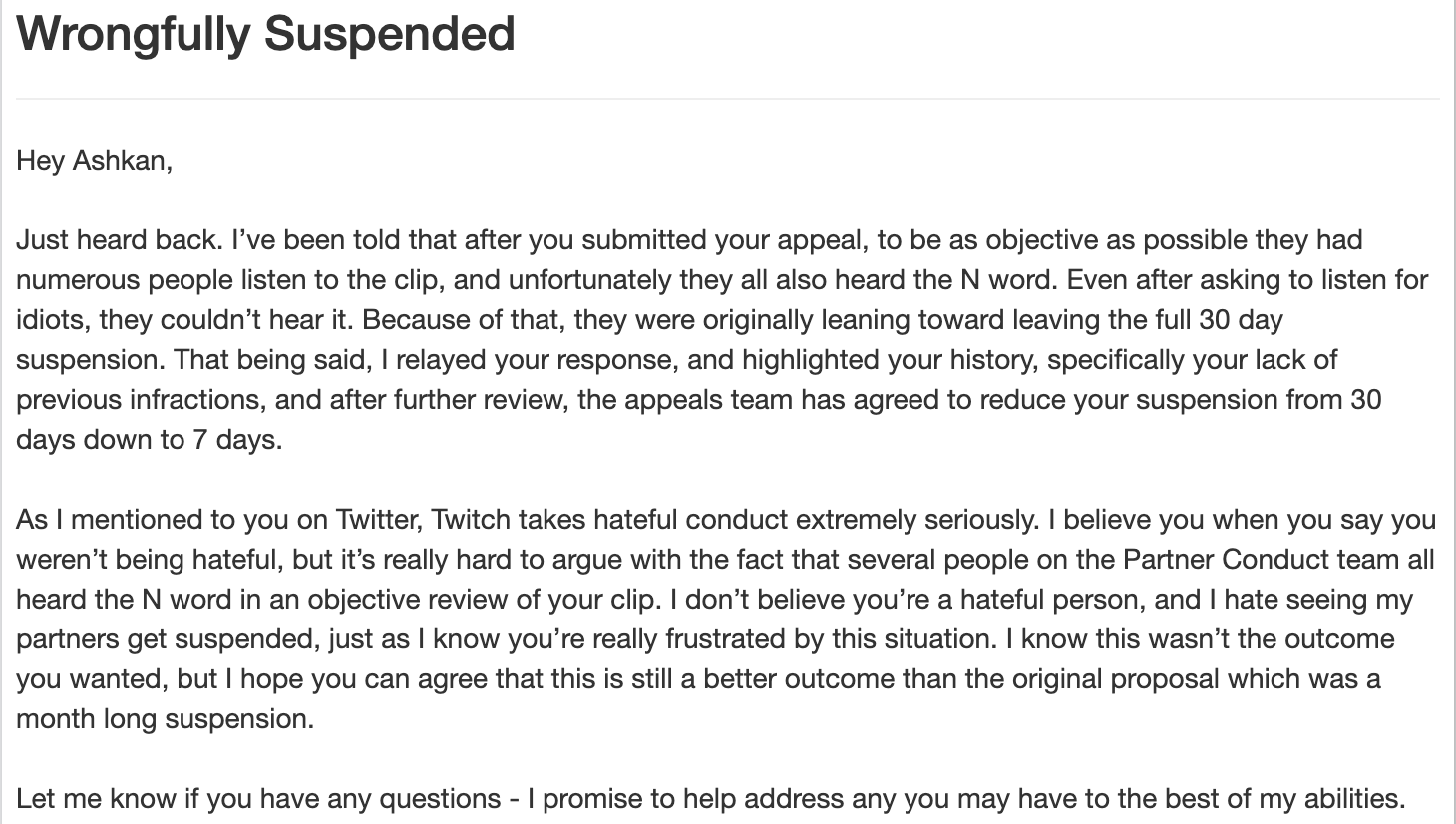 They are literally going to just ruin my reputation on a mistake that is on their side, this is truly unfair. All the sponsors will look at this without the full context and take the wrong point. I am seriously frustrated with this.

Interestingly enough, this isn’t the first case of a League of Legends player being misheard while playing the game.

Back in March, KEEMSTAR posted a video to Twitter saying Pokimane said the “N-word” but this is something she disputed.

“I said “this Anivia” ([sounded] like “this nivia”), aka a champion in League of Legends,” she tweeted.

i said "this anivia" (shounded like "this nivia"), aka a champion in league of legends. smh when u found out keem is a fake gamer :pensive:

on the real, stop baiting likes by spreading lies.

Anivia is a hero in League of Legends and no punishment came to Pokimane as a result of that tweet.