Twitch variety streamer AyyTrae shocked everyone, including herself, with an incredible Post Malone cosplay – especially when she let her hair down.

AyyTrae, who often streams IRL, creative and gaming content for her fans, has now had a clip go viral after she cosplayed rapper and singer Post Malone in one of her recent ‘Trae Transforms’ broadcasts.

Towards the end of her seven-hour stream in which she ‘transformed’ into the New York-born rapper, Post Malone, she asked Twitch chat if they wanted to see her with her hair down before stating that it was “actually traumatic” to see. 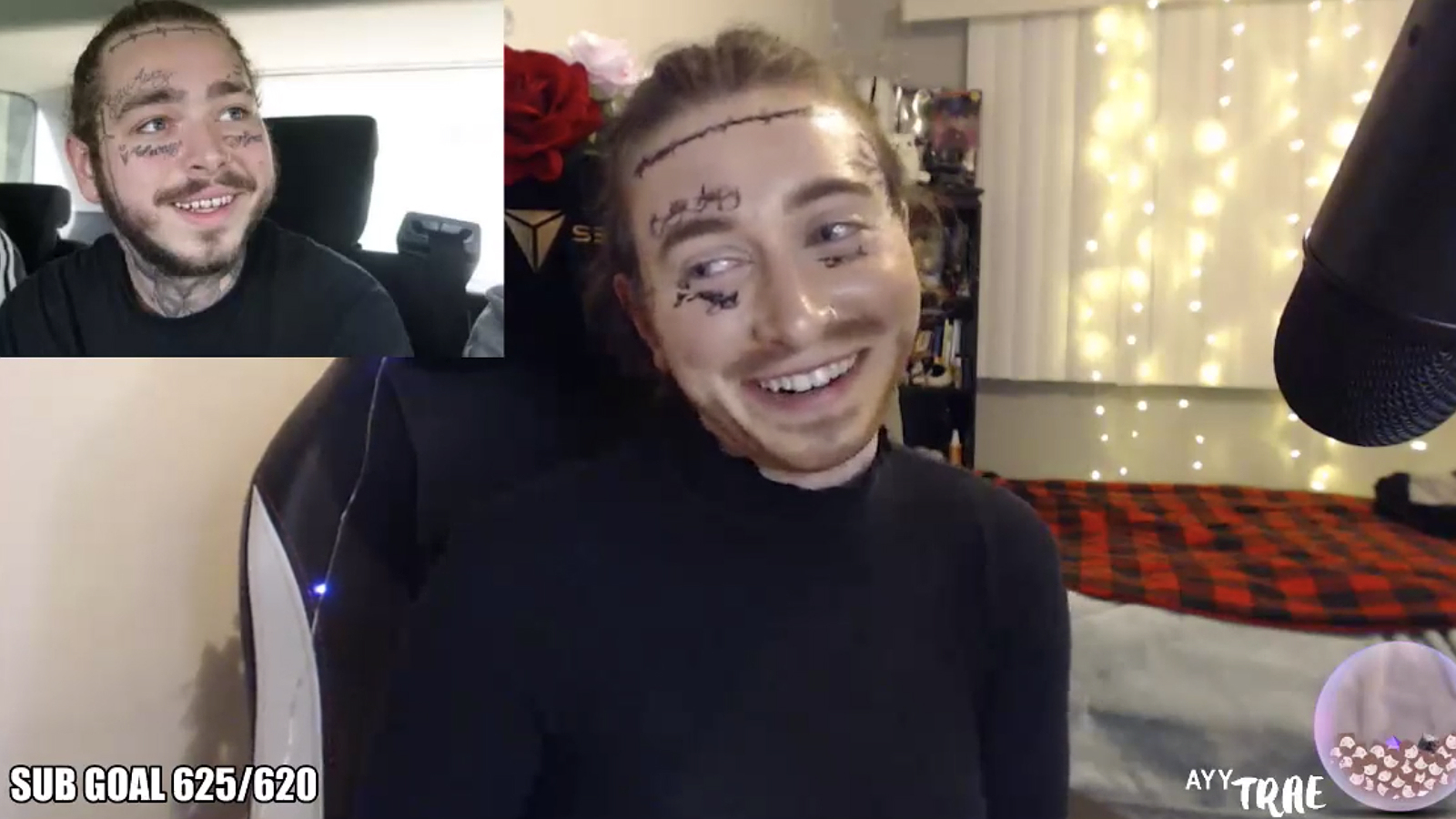 In the clip, AyyTrae admits even she was surprised to see herself with the hair untied: “I was thrown off with my hair down.”

Her viewers then persuaded AyyTrae to reveal on stream what Post Malone would look like with his long hair down, before immediately regretting it, saying they were ‘freaked out’ and to ‘make it stop’.

She later brought out a guitar during her stream and covered some of Post Malone songs such as “I Fall Apart” and the recent Spider-Man: Into the Spider-Verse soundtrack, “Sunflower”

Although the clip has gone viral on Twitch with almost half a million views already, Post Malone has not yet responded, probably because he is currently on his European tour, but who knows what the rapper would think of this freakishly accurate cosplay.