DarksydePhil, a popular gaming Twitch streamer, has faced criticism after attempting to explain why racist jokes and ‘generalizations’ are just “silly” and require “thick skin”.

The topic arose after a viewer asked why he called people upset by racist jokes “sensitive”, when he himself would be upset when mocked for gout, a form of arthritis.

“Why do you say people are sensitive over racist jokes, but you get upset when people joke about your gout?” DarksydePhil read back on his September 16 livestream, responding, “because racist jokes are silly, if you do them in a general fashion.” 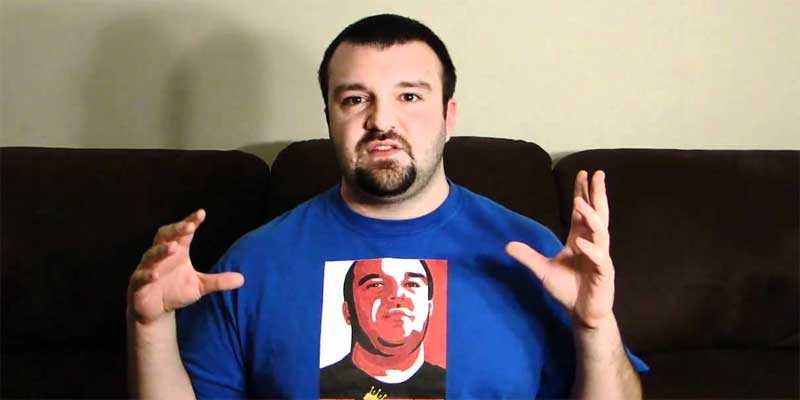 DarksydePhil is a Twitch streamer and YouTuber.

“What I mean by that is, when you make a joke that is a racial generalization, about a race, let’s say something about the Italians, or the Chinese, it’s usually a generalization, you’re not directing that towards one person,” DarksydePhil explained.

The streamer described it as “observational comedy”, but continued by saying that “admittedly, people can get angry and get insulted, or touchy about it – you have to be careful, because some people just don’t have thick skin.”

Clarifying, DarksydePhil said that “insulting someone personally” on the issue of race, is different from “making a general joke about race […] I think that’s ok.”

The streamer, who also goes by DSPGaming on YouTube, was criticized for his comments online, with some highlighting that his description of gout being hereditary is not entirely accurate, but even if so, there is nothing more hereditary than one’s race. Others labeled it as “hypocrisy at its finest.”

It’s not the first time that DSP, real name Phil Burnell, has made a similar argument.

In a video compilation of allegedly racist jokes made by the content creator, he states “It’s funny to joke around and say things that, in a serious setting, might be racially insensitive, but they’re not really meant, and therefore, they can be pretty comedic.

DSP’s most infamous controversy occurred back in 2016, when he failed to notice that his camera was still live and masturbated while broadcasting.

At the time of writing, DarksydePhil’s channel has not been handed a suspension from the platform for his comments.