One unfortunate Twitch streamer ‘DurranSD’ was quickly shut down during his latest Terraria speedrun attempt in quite hilarious fashion.

Speedrunning through games has become quite popular among hardcore players who look to complete entire titles or levels in the fastest times possible.

In many cases, those players will have to perform flawlessly to break the fastest times and often look for shortcuts or glitches that can help them shave off a second or two in order to claim the bragging rights. 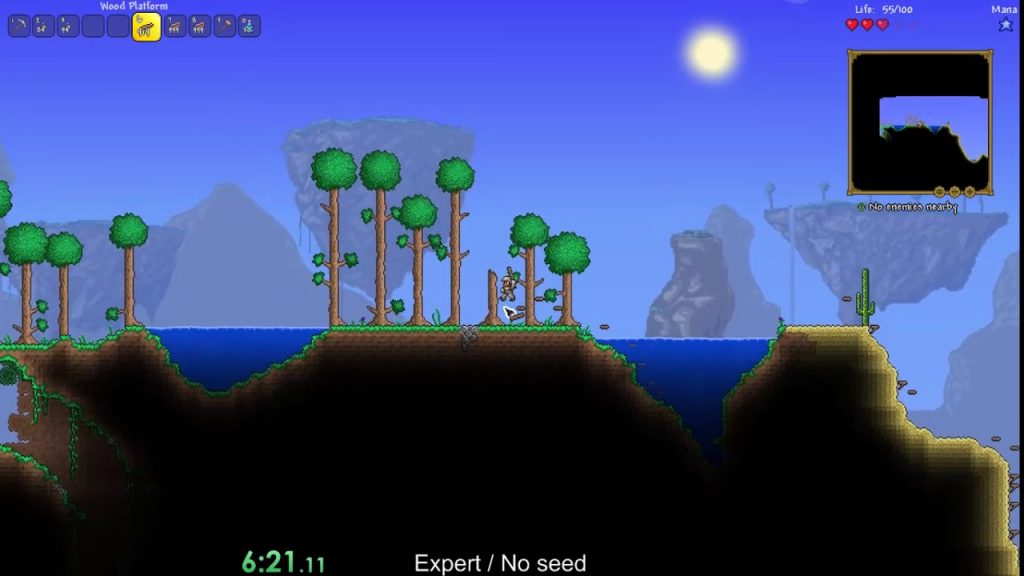 Speedrunners on Terraria often look for new ways to break the existing records.

Twitch streamer DurranSD, who frequently attempts to break records on Terraria’s levels, was left stunned after one of his latest attempts at beating a course was cut short in the most unusual way.

While attempting speedruns through some of the sandbox game’s custom worlds, one of his attempts was over before it even began as he spawned into the world with a message letting him know he died.

Not even a second had gone by on his timer, leaving the streamer and many of his viewers scratching their heads as to what happened, simply yelling, “What?!” in disbelief before he eventually respawned.

Despite his unfortunate attempt, DurranSD managed to see the funny side in it, later laughing about his failed attempt while trying to understand what caused his death in-game.

“Why is this game such a mess, well that’s a first,” he expressed before laughing to himself. “How did I die, what happened?”

After watching the clip back, many suggested that his death could have been caused by him spawning inside a dirt block, however, it is still unclear what caused the bizarre death.

YouTube star PewDiePie has also been playing Terraria recently and has even started a new series on his YouTube channel for it, although it will be unlikely he will be attempting any speedruns after admitting he had never played the game previously.