Cooking streams are often a unique way for Twitch streamers to engage with their community outside of video games or IRL streams. Unfortunately for Overwatch streamer ‘Fareeha’ however, things did not go quite as planned.

A content creator for Gen.G, Fareeha Andersen is most prominently known for her entertaining Overwatch gameplay. On November 24 however, the popular Twitch streamer decided to mix things up a bit, quite literally.

Broadcasting from her kitchen, she shared her cooking skills with the world until an unfortunate disaster struck and her streaming equipment was the subject of absolute catastrophe. 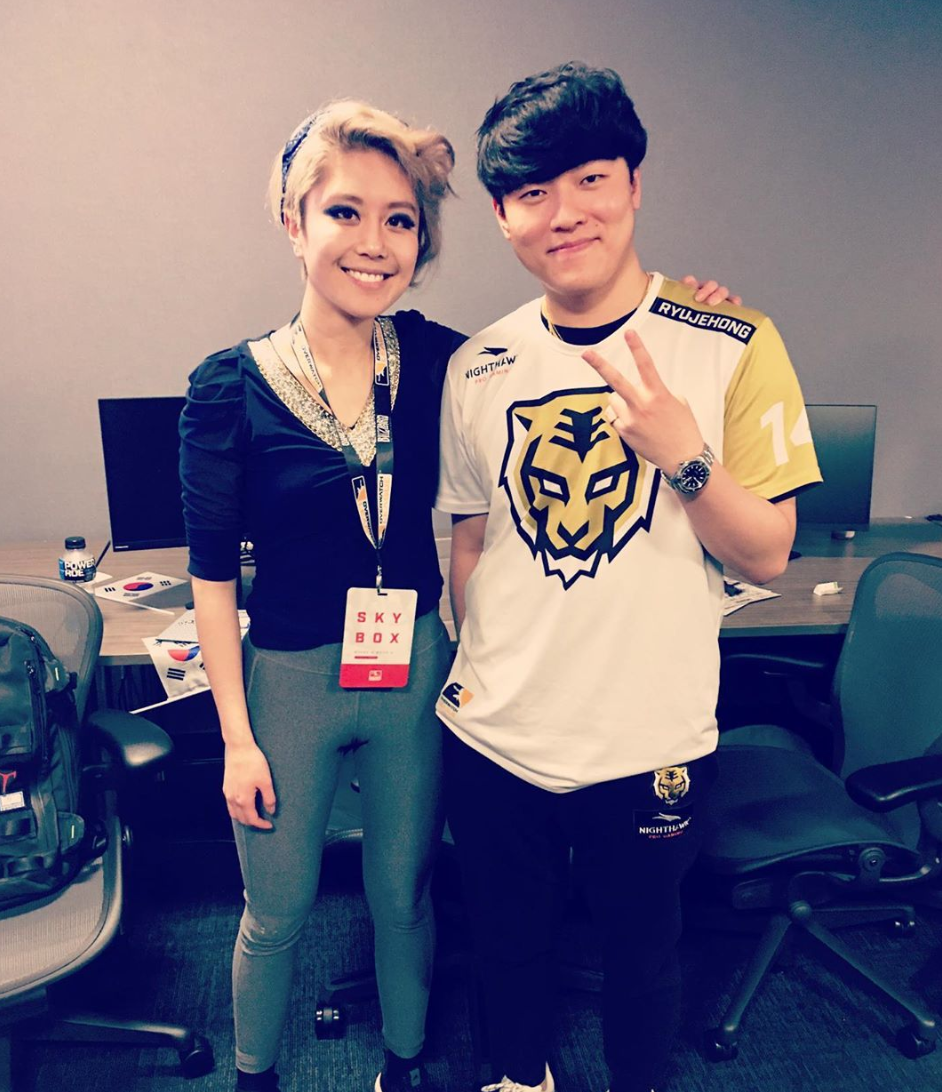 Fareeha (stood next to Overwatch veteran ryujehong) is a tremendously talented DPS main.

In the midst of the stream, Fareeha had carefully placed her laptop on an upside down bowl in order to keep a close eye on chat so that she could communicate with her fans and ensure that the broadcast was progressing smoothly.

With a rolling pin in hand, the streamer was kneading some dough completely unaware of just how much force she was generating in close proximity to the expensive equipment.

Before long, a “thick screw [fell] out of the table” and crashed onto the ground, drawing her attention away from the laptop that was now sliding off of its perch. Violently smashing onto the ground below, the stream came to an abrupt halt as she panicked and subsequently froze in place as a result of the drop.

Surprisingly enough, while the stream came to a momentary pause, somehow the laptop remained in one piece and the show went on for another few hours.

“Are we still on, is the audio still working? Oh my God, I have to leave the best review ever for this thing,” she expressed as she realized that the laptop had in fact survived the fall and was still broadcasting to the world.

“My computer fell off and took literally everything with it,” the streamer explained before fixing the frozen webcam and carrying on as though nothing had ever happened.

The laptop was amusingly placed back on the exact same bowl atop the table, however Fareeha fortunately managed to avoid any additional disaster after this unexpected crash.

Hopefully viewers around the globe can learn from this hilarious laptop placement and avoid some hefty costs in replacing any damaged hardware.