As one of the net’s most popular live streaming platforms, Twitch boasts a variety of content across the board, including competitive gaming, sleight-of-hand tricks, and even body painting.

Many body painters have come under scrutiny on the site, with critics arguing that such content breaches Twitch’s Community Guidelines and should not be allowed on the platform.

Despite these complaints, Twitch has stated that body painting content is permissible, as long as it does not “violate our policies” – but one body painting artist has allegedly been banned from the site, despite staying within its Guidelines on the matter. 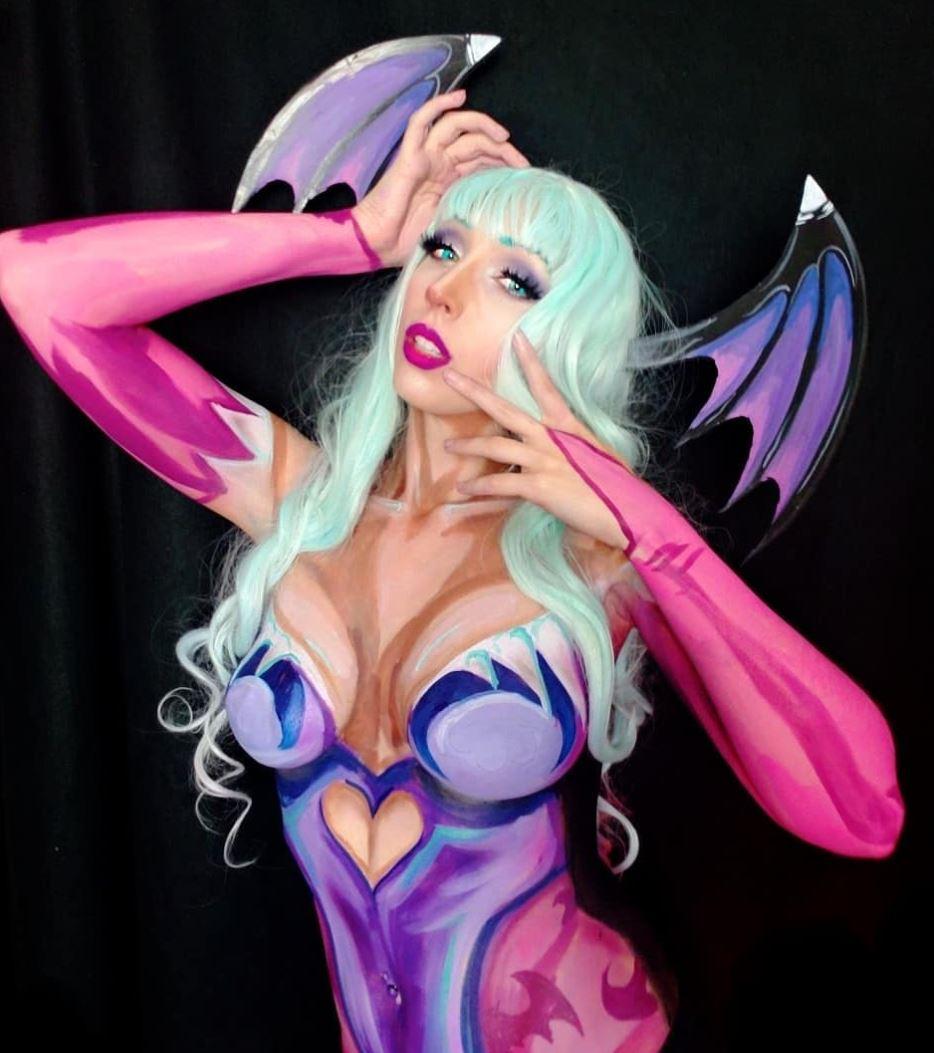 Cosplayer and body painter “Intraventus’s” take on Darkstalkers’ Morrigan Aensland is a testament to her skill.
600https://www.instagram.com/p/B1b7B-SAXPr/?utm_source=ig_web_copy_link

Bodypainter and cosplayer “Intraventus” uploaded an emotionally-charged video to Twitter on October 10, where she claimed that she’d been given a good review from the site when applying to its Partner program.

However, rather than receiving a new status on the platform, she was hit with a sudden, indefinite ban for “nudity,” which left her in tears as she explained the situation to her followers.

I am so lost for words right now. @Twitch @TwitchSupport pic.twitter.com/tl9nA8oZzs

“They gave me a really good review when I reviewed for Partner last time,” Intraventus explained. “And now I am banned for nudity. Indefinitely. I don’t even know what to do… I feel like I’m being targeted. There are so many body painters on Twitch and I follow the Terms of Service.”

The body painter later uploaded a photo of her look from Anne Rice’s “Queen of the Damned,” showing followers that she’d painted her entire chest area before being booted from the site.

Here is a better look at how much I had painted when I was indefinitely banned. Wtf @Twitch @TwitchSupport I definitely need some clarity because this FALLS WITHIN TOS. pic.twitter.com/Z1uKWMrIxT

As it so happens, Intraventus hadn’t been targeted, at all: instead, the streamer had been banned by “mistake,” claiming that Twitch had sent her an email reversing her suspension.

Twitch removed the ban! They emailed me and said it was a mistake on their part. I hope that in the future they will review my account before banning outright like that again.

This wouldn’t be the first time a broadcaster has been hit with a debilitating ban by “mistake,” though: streamer “Velvet_7” was also hit with a mistaken month-long ban, and was even banned a second time following the restoration of her account, prompting an all-out panic attack on camera.