One of the world’s most recognizable Fortnite pro players has hit out at some of the viewers of his steam.

Team Solomid player, Myth, has explained he will be cutting down on the number of streams involving scrims, or at least disabling the chat due to negative comments.

Myth rose to popularity in late 2017, early 2018, as a Fortnite extraordinaire who helped pioneer the building movement, and was playfully known as ‘the architect’.

That praise heaped upon Myth turned him into a popular personality on Twitch, but his competitive gameplay hasn’t quite caught up with his potential, with a number of poor placements in Fortnite Summer Skirmish events.

The young player appears to have identified part of the problem, and has claimed the negative comments when he streamed his scrims have been affecting him. 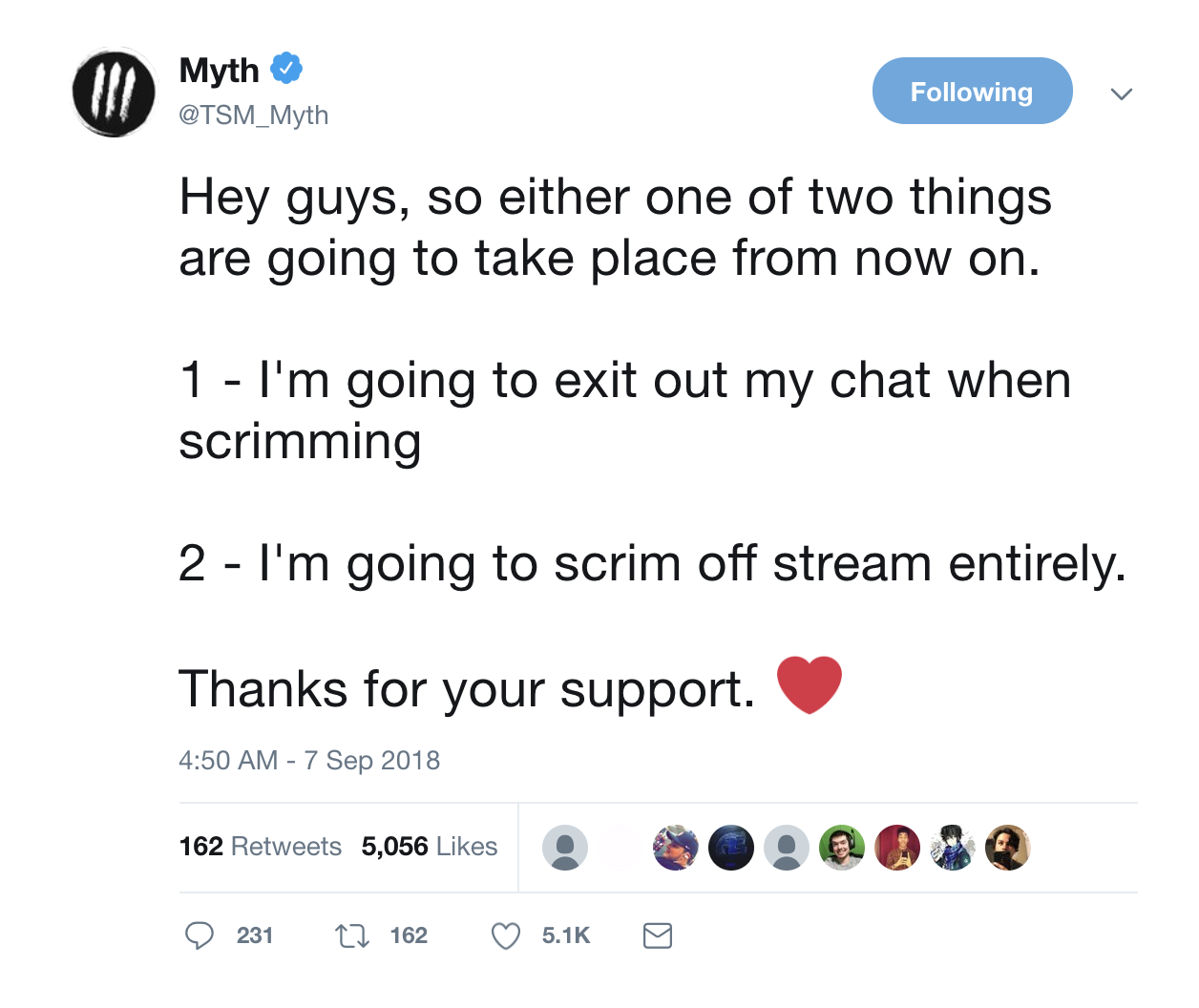 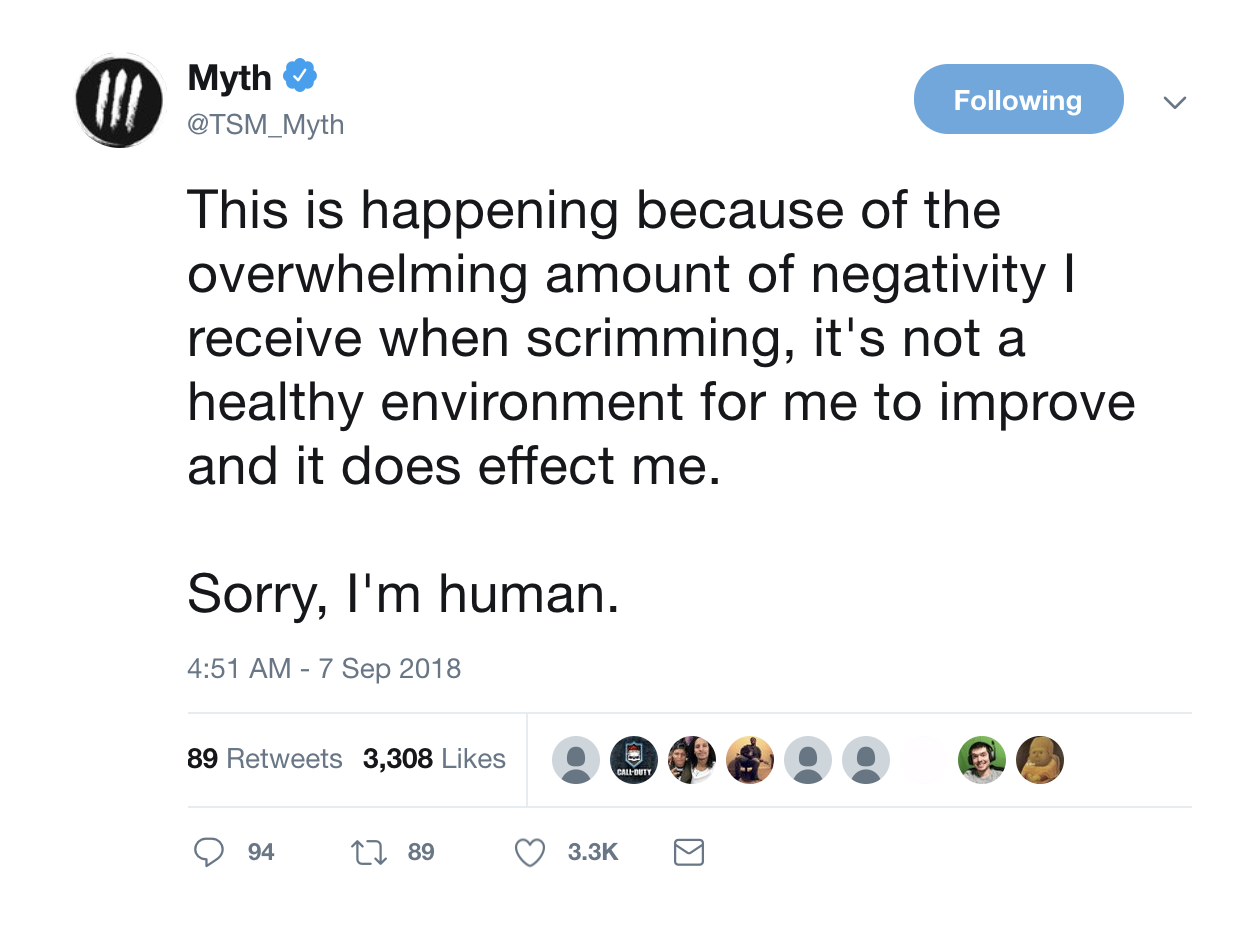 The decision to publicly explain why he’s cutting back garnered significant support from his fellow streamers, with the likes of NickEh30 and NICKMERCS offering advice and support. 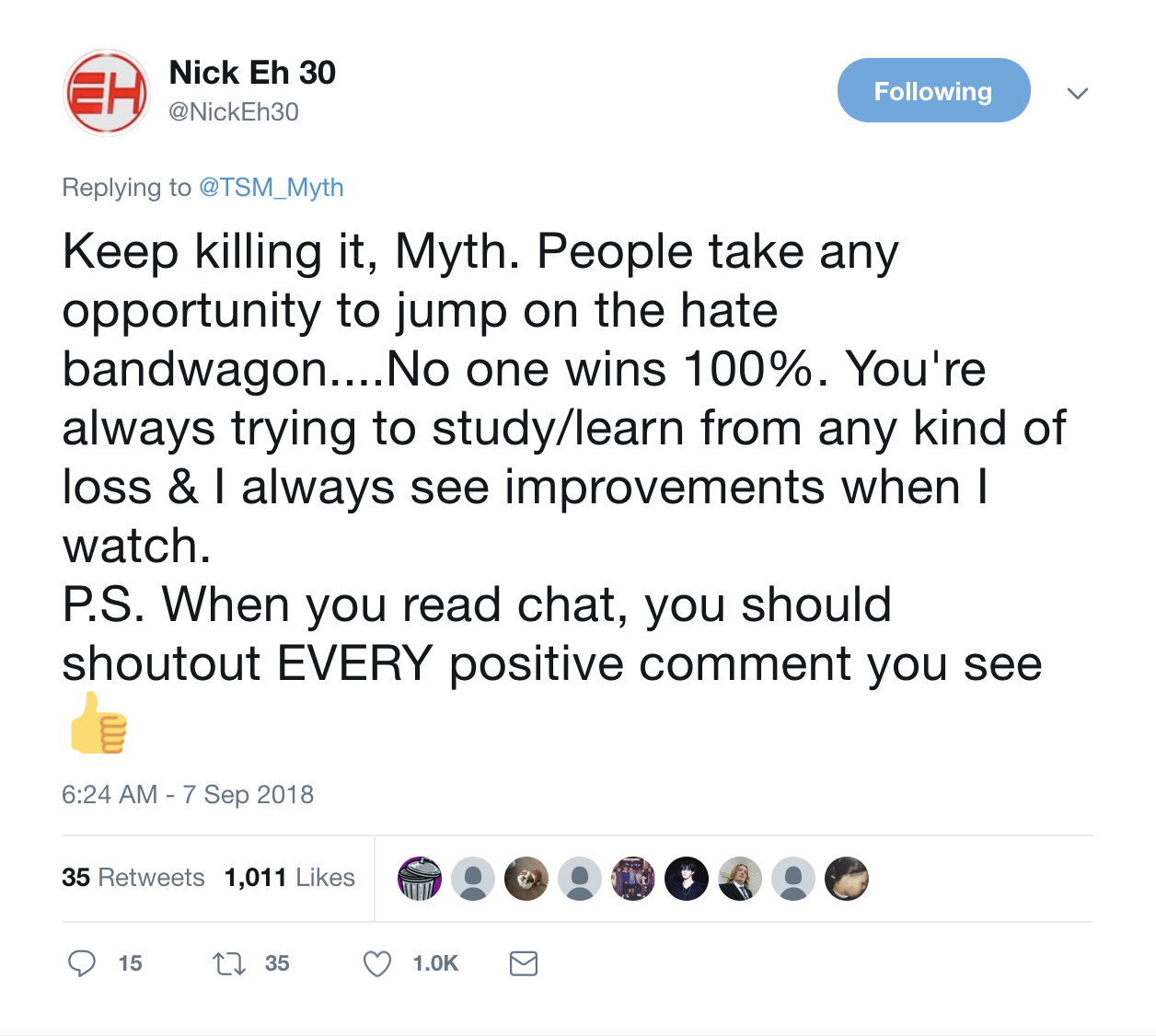 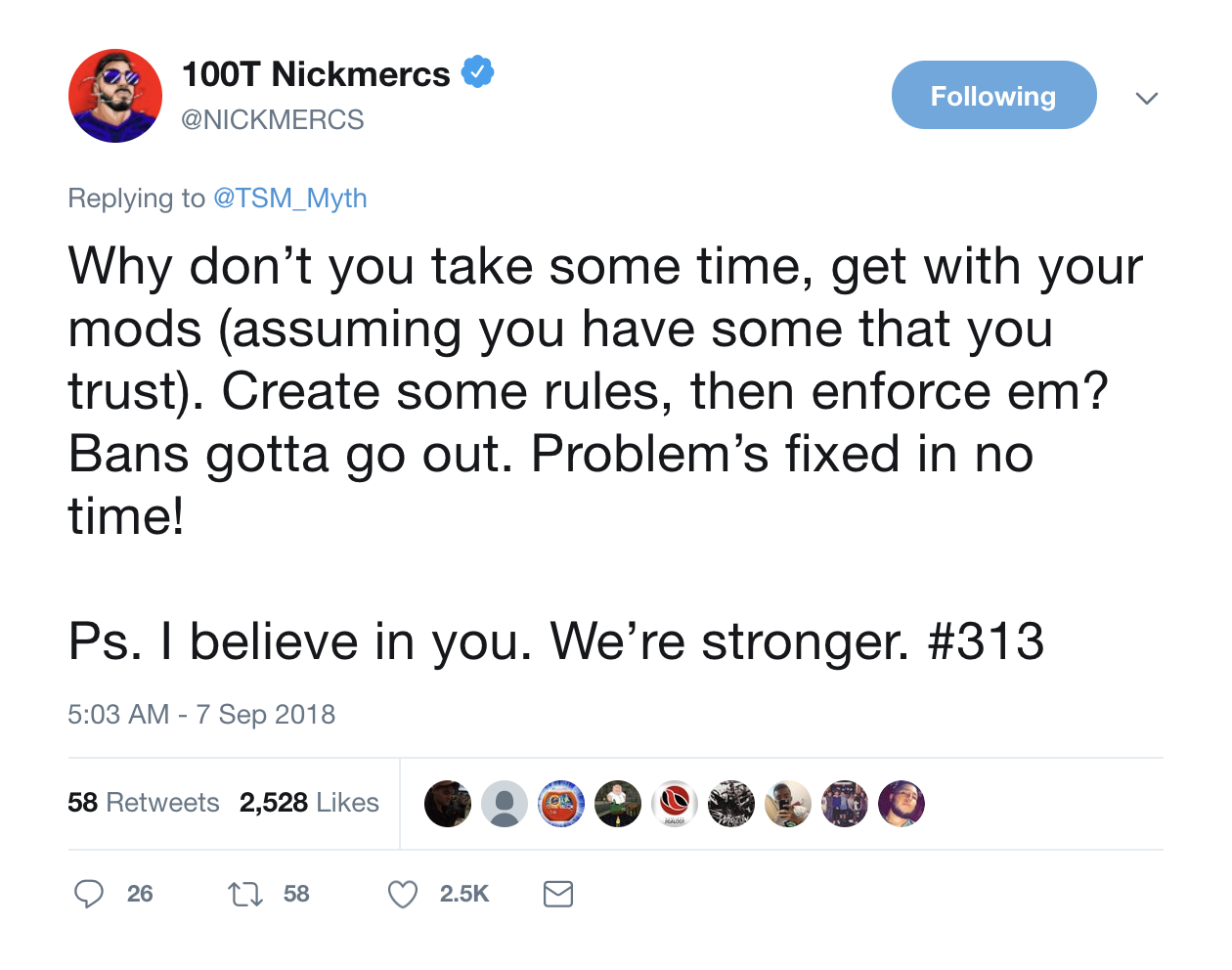 With tens of millions of dollars of money left to fight for just this season, will Myth’s decisionpayoff?