TikTok star Charli D’Amelio has given fans a sneak peek at her Super Bowl 54 commercial, where she will bring the ‘Ok Boomer’ meme to life for a hummus brand.

The rise of TikTok has allowed a whole group of new creators to gain a huge following in the same way that Vine did back between 2013 and 2014. One of the most popular, and now mainstream, names is Charli D’Amelio.

The 15-year-old can regularly be found posting singing and dancing clips to her TikTok with over 22 million followers. But with the Super Bowl on the horizon, she’ll be taking things one step further, starring in a commercial for Sabra alongside NFL legend and broadcaster Boomer Esiason. 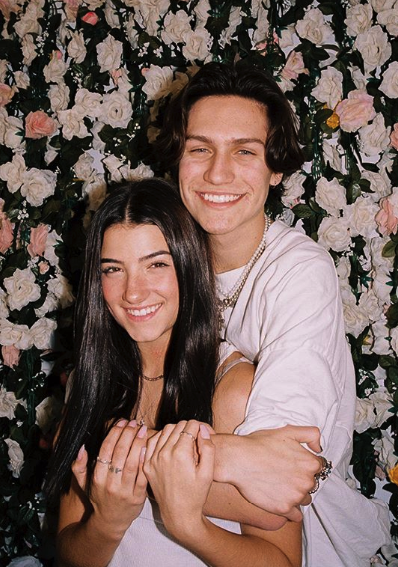 The TikTok star became an overnight sensation with her dance and singing clips.

The TikTok star dropped a quick sneak peek at the commercial on her official Twitter account, where she brings the ‘Ok Boomer’ meme to life in pretty amusing fashion.

In the clip, the NFL legend can be seen enjoying the Sabra Hummus a bit too much – leaving D’Amelio with a confused look on her face. As the camera switches back to Esiason, he’s still enjoying his food – much to the displeasure of the D’Amelio.

Instead of digging in to the Hummus herself, Charli gives him a subtle “Ok Boomer” before the 13-second long sneak peek comes to a close and finishes up.

While she is already a huge star across social media, getting a Super Bowl commercial is a huge feather in the cap for D’Amelio, as they are of huge importance to viewers who aren’t all that interested in the game.

Aside from that, it isn’t cheap to get airtime during the Super Bowl either. At the end of November, Bloomberg reported that Fox – the broadcaster for this year’s game – had sold 77 commercial slots, with a single 30-second clip costing around $5.6 million.

D’Amelio also took her chance to fire a shot at the doubters who suggest TikTok can’t be a career.

People: #TikTok is not a career!

With the prospect of a high-scoring and hugely entertaining game between the Kansas City Chiefs and San Francisco 49ers, Super Bowl 54 could break the 2015 record of 114 million average viewers.

Whether or not D’Amelio’s commercial will be a success will only be known after it airs on February 2, but it should set her fans abuzz either way. It is a major accomplishment after all, and could be another indication that being TikTok famous is becoming more mainstream.