It’s no secret that popular Twitch streamer and Fortnite pro FaZe Tfue is seeing Instagram model Corinna Kopf – but it looks like he’s still hiding his new girlfriend from the public eye.

Tfue was in the midst of a Fortnite broadcast on March 7 when viewers heard coughing and talking from the adjoining room, prompting speculation that the streamer had invited a certain someone over to his home.

However, Tfue attempted cover up the cough with a hilarious explanation, claiming that it was his goldfish who was talking, instead.

“Who was the person that just coughed?” Tfue asked. “Uh, that was my goldfish.”

Despite Tfue’s efforts to conceal her presence, Corinna even went as far as to talk over the mic on Tfue’s stream, hilariously giving viewers some botched ‘ASMR’ in the process.

Kopf and Tfue went public with their relationship on March 3, after both parties posted an affectionate photo to Instagram that doubled as an advertisement for Tfue’s Fortnite Creator Code.

That’s not all; another spicy picture surfaced of the couple the very next day on Kopf’s Instagram story, further cementing their romantic involvement. 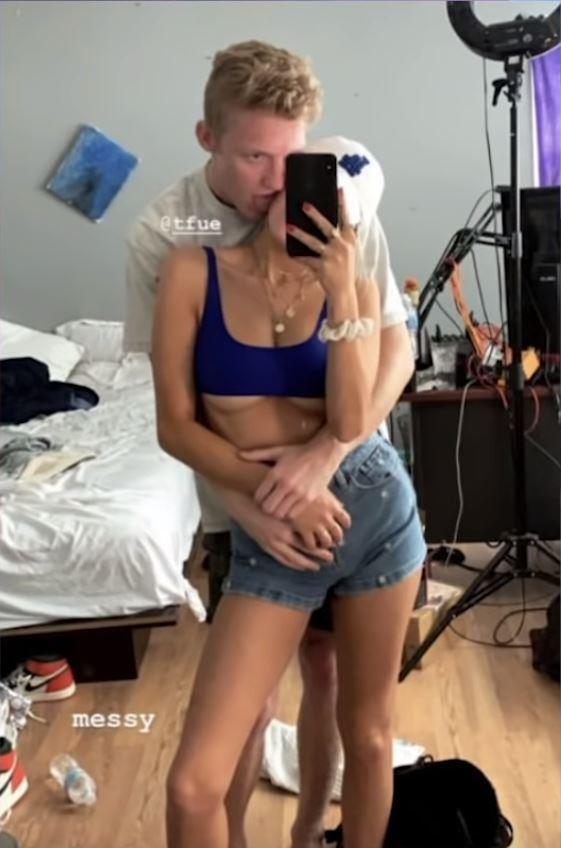 Tfue and Corinna are finally public about their relationship, after Tfue repeatedly denied any involvement with the Insta model beforehand.
[ad name=”article4″]

Their romance follows a slew of dating rumors between the two, after they were seen together at multiple events in late 2018.

While Tfue initially denied any escapades with Kopf, it looks like the cat is finally out of the bag, following Kopf’s tumultuous relationship with controversial YouTuber Logan Paul.

Kopf and Tfue are still going strong, with Kopf most recently posting a short video together with Tfue at a restaurant on March 8.