YouTuber Tana Mongeau is set to host the official Jake Paul vs AnEsonGib boxing match press conference, despite confirming that she and Paul were “taking a break” from their marriage.

Jake Paul and Brit AnEsonGib are set to face off in their highly anticipated fight on January 30 in Miami, Florida, with months of verbal jabs and arguments coming to a head when they finally step inside the squared circle to find out who the better boxer truly is.

The pair will come face-to-face on January 8 though, as they appear at a live press conference to hype the fight, and likely trade barbs as they attempt to get the mental advantage over their opponent. While few details are known about the presser, Jake Paul has confirmed that his wife Tana Mongeau will be hosting the event in Los Angeles, despite them revealing that they were taking a break from their marriage. 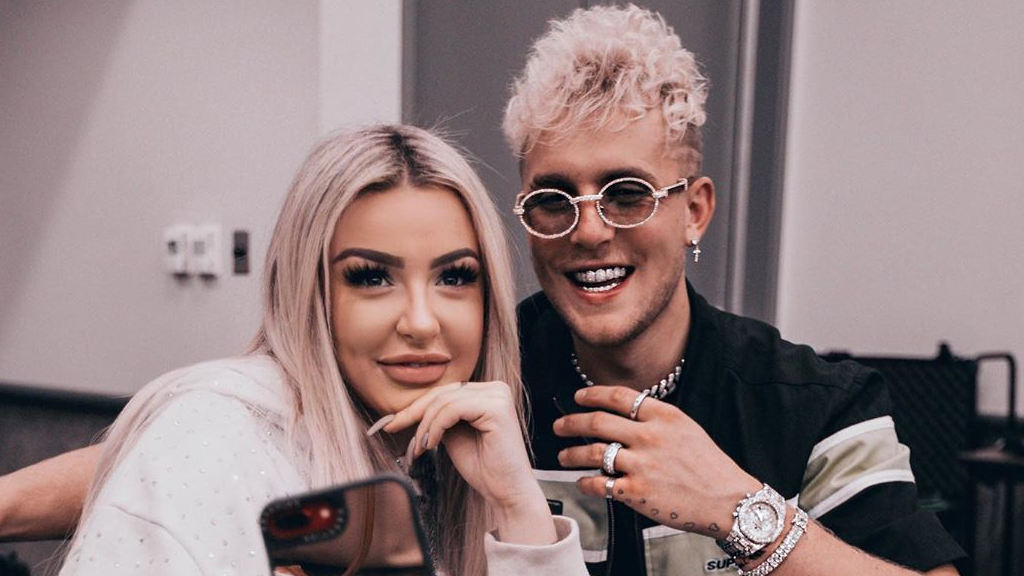 Mongeau and Paul revealed they were “taking a break” on January 3.

Mongeau and Paul were involved in a whirlwind romance throughout 2019, culminating in a wedding in July that many still believe wasn’t real. Since then, the 21-year-old has expressed her unhappiness at the way her relationship was portrayed in the media, and admitted that she had put on a brave face to hide her true emotions.

With the pair deciding to take a break to focus on their “own crazy lives,” many will be surprised to hear that the pair will be reuniting almost immediately after their announcement, with the MTV star set to act as the host and MC of her husband’s press conference against his rival.

Paul confirmed the news on his Instagram story, stating that Mongeau would be hosting the event, while also stating that no fans would be able to attend the conference, with members of the press set to be the only people admitted. 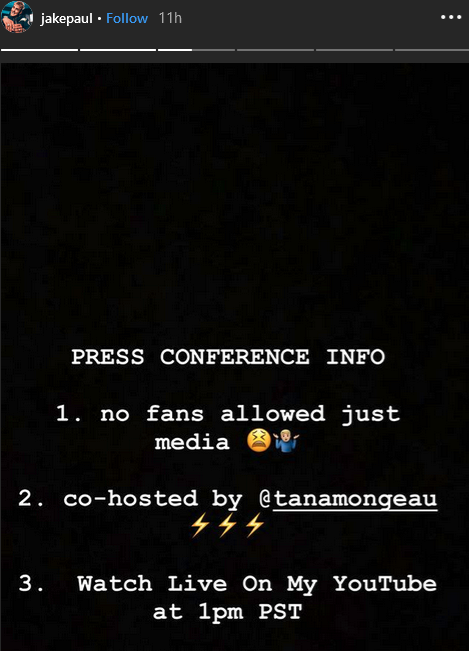 Jake Paul revealed Tana as host in his Instagram story.

Paul has been locked away over the festive season in his training camp as he prepares for his first professional fight. Paul beat Deji Olatunji in the undercard in Manchester as his brother fought to a majority draw against JJ ‘KSI’ Olatunji, while AnEsonGib currently sits 2-0 in amateur boxing. On January 30, both men will fight without headgear for the first time, adding another intriguing element to the bout.