Sweet Anita is perhaps best known for her acute Tourettes syndrome – a condition that causes her to make involuntary vocalizations and/or gestures (referred to as tics).

However, her condition does not define her online persona by any means. Anita’s witty sense of humor and constant interaction with her community is the overriding reason why she has developed a following in excess of 600,000 on Twitch. 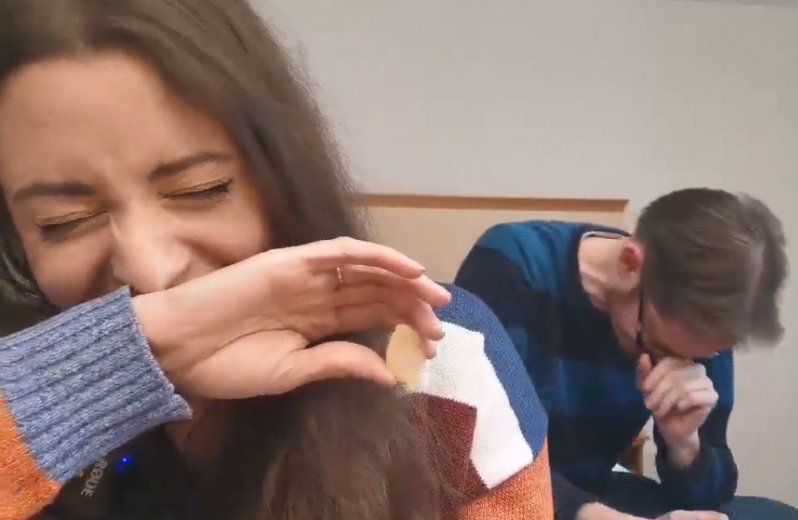 The Brit makes the most out of her involuntary tics — which are often the butt of the joke in a majority of her clips.

The 29-year-old responded in typical Sweet_Anita fashion when asked if she has any pets. “I throw them against the wall,” the Twitch streamer exclaimed. “I throw them over my shoulder… For views!”

After pausing to laugh at the expense of her own tic, she proceeded to yell: “Is that content? It’s content!”

While Anita didn’t directly mention Alinity’s name during the inadvertent skit, the streamer poked fun towards the controversial incident where Alinity threw her cat over her shoulder while playing Apex Legends.

Mogollon’s antics have left her under the scrutiny of the public eye. More recently, Alinity caused quite the stir after clips of her playing with her dog went viral.

Since the dust has settled after the most recent entry into Alinity’s slew of pet drama, Anita’s tic is to be taken in the most lighthearted context.

It’s certainly not the first time her condition has sent her and her viewers into hysterics, as only recently she mocked all of her Twitch subscribers for wasting their money with one particularly hilarious tic.