Adorable might not be the word Twitch viewers would typically use to describe Dr Disrespect, but a pug dressed up as him is an entirely different matter.

The streamer has over three million followers on the live streaming platform, attracting thousands into the Champions Clubs arena every time he starts up a broadcast.

Unlike any other high profile name on Twitch, the Doc has built up an insanely recognizable persona online – showing off his patented catchphrases, eye-catching sunglasses, red attire, and a wig dripping from head to tippy-toe in success on his head each time he streams.

Dr Disrespect is always wearing his costume, sometimes even in public.
[ad name=”article2″]

All of those things are part of the amazing character, is there a chance that a dog might do it better?

The Two-Time was asking fans of his during the course of October to send photos of themselves dressed as the leader of the Champions Club for Doctober, a viral cosplay campaign – and there were some amazing impressions to take a look at.

However, one featuring a cute little pug might be the best of the lot, as seen on fellow Twitch streamer P4tricia’s channel on October 31.

After taking a break from playing Gears of War 5, P4tricia decided to show off not only her little pet, but also the impressive costume that she was able to pull off.

The look included what appeared to be perfectly fitting glasses for the dog, as well as a miniature bulletproof vest – just like the one worn by Dr Disrespect on Twitch – and the final piece to the puzzle was, of course, a jet black wig.

If you’re wondering about what the dog is called, P4tricia didn’t hesitate in giving it a brand new character name and it’s very fitting. During this stream, “Puggy Disrespect” was born. 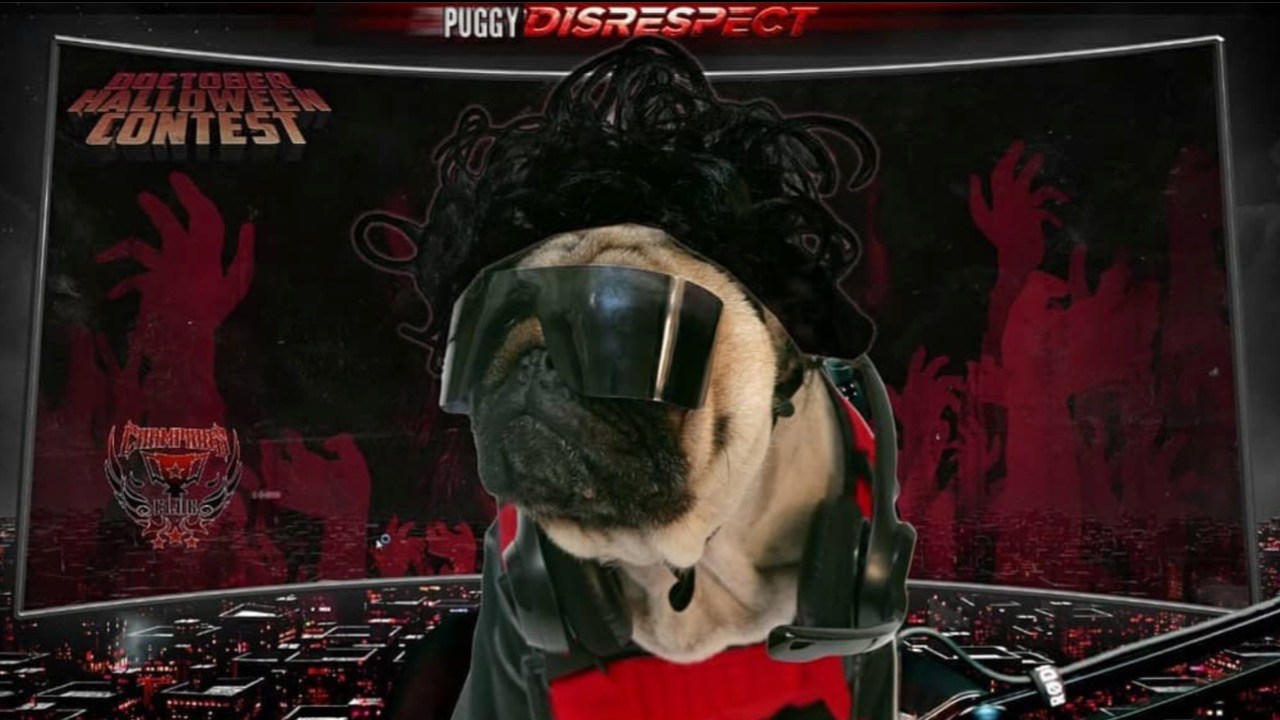 The pet wasn’t the biggest fan of the wig, but for the glasses it was a different story. She seemed to love them.

Whether or not this will be a recurring segment for her future broadcasts remains to be seen, but there’s definitely an interest from the viewers.

With just under 3,000 followers on Twitch and the clip of Puggy Disrespect racking up over double that figure in views, at the time of writing, there’s no doubt that the character could make a return sometime soon on P4tricia’s channel.